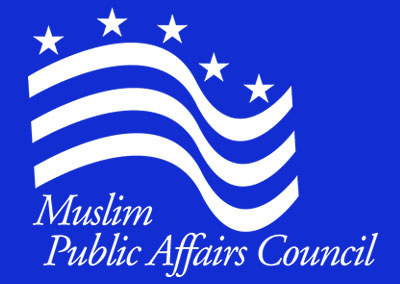 Far from being the zealous champion of civil rights that it presents itself to be, the Muslim Public Affairs Council (MPAC) has followed a consistent pattern of defending designated terrorist organizations and their supporters, opposing U.S. counterterrorism efforts and spouting anti-Semitic rhetoric.

That is the key conclusion drawn in a thorough, carefully documented 88-page report on the organization prepared by the Investigative Project on Terrorism (IPT).

Beginning life in 1986 as the Muslim Political Action Committee of the Islamic Center of Southern California (ICSC), MPAC split off two years later and adopted its new name-- one that managed to preserve the same acronym. Though it is now independent, the two organizations remain closely intertwined.

One example of that close connection was The Minaret, a now-defunct monthly magazine affiliated with the ICSC. Many MPAC officials worked simultaneously with The Minaret itself until it ceased publication in 2005.

Articles and editorials in the magazine, including those by MPAC members, downplayed the threat posed by Islamic extremists, served up inflammatory rhetoric about Jews and Zionism, and repeated conspiracy theories about both the 1993 and September 11, 2001 World Trade Center bombings.

In nearly every case, MPAC has responded to investigations by the FBI and the U.S. Treasury Department with complaints that authorities have not proven their allegations, and variations on the constant themes that enforcement actions unfairly single out Muslim groups and "bear strong signs of politicization."

At the same time, MPAC has been equally diligent in defending individual terrorists uncovered by federal investigations.

The result of this approach has been to foster mutual distrust between American Muslims and the broader U.S. society, and so to undermine relations between the two.

Examples of all of these criticisms can be seen in our full report on MPAC here.