Change in Tone or Tactic? 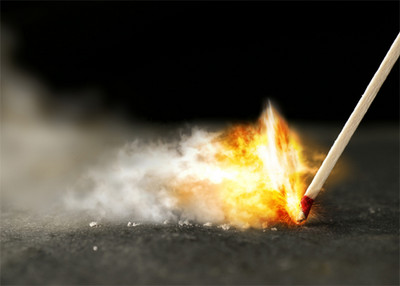 When Muslim mobs rioted in protest of the Danish cartoons depicting the Muslim prophet Muhammad in 2006, American Islamists were critical of the violence, but made a point of giving as much attention to their offense at the cartoons themselves.

Their reaction Wednesday to the murder of America's ambassador to Libya Christopher Stevens and three aides, was a stronger, unequivocal condemnation. Mobs attacked the U.S. Embassy in Cairo and a consulate in Benghazi, Libya ostensibly in an angry reaction to a new film that ridicules Islam and its prophet.

Key details remain unknown. Egypt's violence may have more to do with the desire to win the release of Sheik Omar Abdel Rahman from an American prison, a goal new President Mohamed Morsi has expressed publicly. Several reports indicate that the attack on the U.S. Consulate in Benghazi was a planned terrorist attack which used the uproar over the film as cover. The presence of rocket-propelled grenades and other weaponry is considered unusual.

"This was a coordinated attack, more of a commando-style event," House Intelligence Committee Chairman Mike Rogers, R-Mich., told CBS News. "It had both coordinated fire -- direct fire and indirect fire. There appeared to be military maneuvers approaching the facility.

The London-based Quilliam Foundation, which was founded by former radical Islamists who now work to counter the jihadist narrative, issued a statement saying the attack was planned well before the film controversy erupted. It may have been a revenge attack for the June U.S. drone strike which killed al-Qaida second-in command Abu Yahya al-Libi.

With few exceptions, American Islamists focused on the heinous nature of the attacks, and not on the film that supposedly triggered rioters' ire.

"We call for the protection of all U.S. personnel throughout the world. We look to our Muslim leadership to reflect on how we have reached such an extreme point in our community," the Muslim Public Affairs Council said.

They won't receive answers from the Muslim Brotherhood, which now controls Egypt. The group's only statements have been to call for the film's producers to be prosecuted and ask the United States to apologize or risk worsening relations with the Muslim world. In reporting this, the New York Times calls the Brotherhood "mainstream."

In the United States, the reaction was more somber. The violence is "inexcusable and cannot be justified," Council on American-Islamic Relations (CAIR) Executive Director Nihad Awad told reporters. Those responsible may believe they were defending their prophet's honor, but "to engage in such violence and senseless killing is to truly defile his legacy," said Naeem Baig of the Islamic Circle of North America.

The change in tone could be a reflection of growth in sophistication, or a savvier ear for politics. But it also may reflect the fact that Stevens had worked with the Islamists as the United States supported the opposition to dictator Muammar Gadaffi.

Esam Omeish, a former president of the Muslim American Society, described working with Stevens and recently visiting with him. "We call upon the Libyan government and the political leadership to take firm and swift action to bring the savage perpetrators to justice and to affirm the will of the Libyan people to resolve the security threats and uncontrolled militias that are threatening the future of democracy and peace in Libya," he said.

Contrast that with Omeish's response to the Danish cartoons. "We vehemently stand by the freedom of the press and with the freedom of opinion," he said in 2006. "However we say that with this freedom is responsibility in which there must be respect for other religions and the rights of others and to stress that we are all part of one society. We want what's good for the whole society and we do not want to disrespect the rights of one another."

Mahdi Bray, then Omeish's colleague at the Muslim American Society called for a boycott of Danish goods in February 2006 after cartoons depicting Muhammad were issued. And he blasted the Philadelphia Inquirer for republishing images he said were "blasphemous."

"This has nothing to do with free speech," Bray said at the National Press Club. "It's pure sensationalism that reeks of religious disrespect."

Similarly, then-CAIR national Chairman Parvez Ahmed endorsed blasphemy laws in the wake of the Danish cartoon controversy. "I think the next steps would be to broaden the scope of anti-hate laws and even contemplate about passing blasphemy laws," he said at a separate National Press Club event in February 2006.

This week, no one is talking about criminalizing the new film.

But that didn't stop Hussam Ayloush, head of CAIR's Los Angeles office from blaming "extremist Jews [from producing] a hateful film," in a Twitter post. That apparently is based on an Associated Press story in which someone claiming to be the director identified himself as an Israeli who repeatedly called Islam "a cancer" and said the project was financed by more than 100 Jewish donors.

None of that appears to be true. It turns out there is no Israeli citizen by that name and a Christian activist involved in the project told The Atlantic's Jeffrey Goldberg that the director is not Jewish. Other reports indicate the whole thing may be faked. Ayloush hasn't retracted his statement.

When Salam al-Marayati, president of the Muslim Public Affairs Council (MPAC) tried to deflect attention to Florida Pastor Terry Jones, who has promoted the film, a former MPAC intern smacked him down. Marayati posted a comment on his Facebook page noting that Jones' past promises to burn a Quran led to other deadly rioting. "Rev. Terry Jones has now instigated rioting twice that resulted in American deaths," he wrote.

Credit Shammas Malik, a former MPAC intern, for challenging al-Marayati. "The blame cannot lie with [Jones]," Malik wrote. "The blame has to lie with the people whose response was to go and riot and burn things down and murder people."

That's not the way the Muslim Brotherhood sees it. A statement from its political arm, the Freedom & Justice Party called the film "a racist crime."

"The film is certainly a blatant violation of religious sanctities, international norms and conventions on human rights which emphasize that freedom of expression with respect to religion must be restricted by controls within the law that safeguard public interest, in order to protect lives, morals, rights and freedoms," it said.

The Brotherhood's secretary general called for additional protests on Friday "to denounce the insult to religious beliefs, and the insult to the Messenger of God."

Writer David Frum thinks Morsi "is taking a page from the 1979 Khomeini playbook, fabricating an international incident to mobilize religious passions as a weapon for his political grouping against more secular blocs in Egyptian society - the Egyptian military very much included."

The American Islamist groups speaking so clearly on Wednesday also have been strong supporters of Egypt's revolution and the Brotherhood's political ascent. For their words to be believed, they'll need to speak out in opposition to the Brotherhood's maneuvering.

The War Way is America's Only Way

Nope - it is America that drives a violent political system that forces itself on other nations e.g. 50 Marines sent to Libya - 50 thumbs in a dam. Now, to propose peacebuilding initiative to Americans would mean that America has become the ultimate apologist e.g. how on Earth could growing cotton in Afghanistan instead of poppies prevent future terrorist attacks? We don't know because drug cartels, a corrupt Karsai government and America will stop cotton for a replacement for poppies e.g. obstructionism locks up the idea. Charlie's Wilson War says it all - 1 billion to train Afghanis to fight the Soviets - 1 million rejected by Congress for nation rebuilding - Al Qaeda is created by OBL using US trained forces that we left behind - years later, Al Qaeda gathers 125 in Benghazi and kills Stevens.

I think it's a change in tactic. Even though our elected officials are either willfully blind or just don't get it, the American people are tired of taking a back seat to a violent political system that is forcing itself on us using religion as the prime mover. I think that the Islamists have figured this out and are changing their tactics, but not changing their agenda.

As for the statements by Islmist groups calling for the protection of all U.S. personell, etc., etc., I don't believe it for a minute. Unfortunately, our elected officials will fall for this lock, stock, and barrel and praise Islam for it's "tolerance" and support of the American people, then follow up with yet another apology.