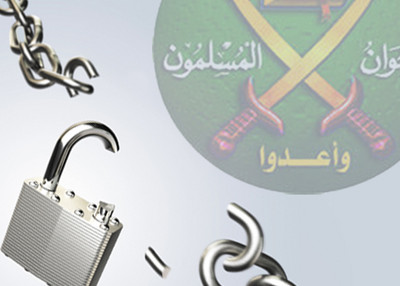 "Allah is our objective; the Prophet is our leader; the Quran is our law; jihad is our way; and dying in the way of Allah is our highest hope." So reads the motto of the Muslim Brotherhood (MB), a transnational Islamist organization with chapters in more than 70 countries. The group's long history includes collaboration with Nazi Germany, calls for the destruction of Israel, and support for attacks against American troops.

The Brotherhood's affiliates include the terrorist organization Hamas. Its alumni include 9/11 mastermind Khalid Sheikh Mohammed and Abdullah Azzam, Osama bin Laden's terrorist mentor. Ayman al-Zawahiri, al Qaida's second in command, is said to have been heavily influenced by the ideology of the Brotherhood's Egyptian chapter.

That record has not dissuaded the Obama and George W. Bush administrations from working with MB-affiliated organizations in the United States. This relationship is on display in Chicago this week, where Rashad Hussain, President Obama's special envoy to the Organization of the Islamic Conference (OIC), addresses the American Islamic College (AIC). A Hudson Institute report last year identified the AIC as having been planned by the Brotherhood-affiliated Muslim Students Association (MSA). The AIC was once headed by MSA founder Ahmed Sakr.

Hussain's participation serves to highlight the fact that Washington has no policy for dealing with the Muslim Brotherhood, despite evidence that the group's agenda is hostile to the United States. In some cases around the world, there may be little choice but to do so. But a number of people who study the issue contend that the U.S. government is needlessly legitimizing the Muslim Brotherhood.

Hussain is scheduled to appear Wednesday morning on a panel moderated by Ahmed Rehab, head of the Chicago chapter of the Council on American-Islamic Relations (CAIR). So a White House aide is sharing the stage with a senior CAIR official.

The FBI's policy is to not do that. The agency cut off communications with CAIR in 2008, based upon exhibits in the Hamas-support prosecution of the Holy Land Foundation for Relief and Development (HLF) that places CAIR on a committee created to support Hamas politically and financially. An FBI congressional liaison wrote last year that "until we can resolve whether there continues to be a connection between CAIR or its executives and HAMAS, the FBI does not view CAIR as an appropriate liaison partner."

Rehab is among a number of conference speakers associated with the Muslim Brotherhood. Others scheduled to address the conference include Safaa Zarzour, Secretary General of ISNA, and John Esposito, a Christian academic with longstanding ties to the Brotherhood. Other speakers include Esposito's protégé, pollster Dalia Mogahed; Rep. Keith Ellison (D-MN); Farah Pandith, the State Department's special representative to Muslim communities; and Imam Siraj Wahhaj, a former vice president of ISNA. In 1995, Wahhaj testified as a character witness for Omar Abdel-Rahman (AKA the "Blind Sheikh"), who was accused of conspiring to blow up the United Nations and other New York landmarks. Abdel-Rahman was convicted and sentenced to life imprisonment.

"They're bullet-proof. It's horrible," veteran journalist Douglas Farah said regarding the political strength of Brotherhood-affiliated groups like CAIR and ISNA. U.S. policy "empower[s] groups whose ultimate goal is the creation of an Islamic nation in the United States."

Farah, a former reporter for the Washington Post, is sharply critical of the Obama Administration's courtship of MB affiliates. Obama's approach closely resembles that of the Bush Administration, which all too often consisted of using Brotherhood organizations like CAIR, ISNA and the North American Islamic Trust (NAIT) as vehicles for outreach to American Muslims, he said.

Government officials should have a clear policy to avoid doing anything that grants groups like, CAIR, NAIT, ISNA, MAS and the International Institute for Islamic Thought legitimacy, Farah said.

The reality, however, is dramatically different, as Democratic and Republican administrations have tried to cultivate the Brotherhood groups as part of a larger anti-terror effort focused on the American Muslim community.

Recent examples have included a State Department-financed trip to Africa by a CAIR executive who spent time trashing U.S. law enforcement; sending representatives of ISNA and the Islamic Circle of North America to represent the United States abroad; and a U.S. Census Bureau lease with a Virginia Islamic Center that law enforcement officials call a front for Hamas.

The final report issued by Muslimserve - the organization set up to implement President Obama's faith-based initiative in the Muslim community – included a message from presidential appointee Dalia Mogahed thanking a number of groups including CAIR and ISNA for their work on the project. The report also showed the logos of CAIR, ISNA, ICNA and the Muslim American Society.

And the Obama Administration has invited groups like ISNA to attend iftar dinners [fast-breaking meals during Ramadan] held at the White House and at various federal agency offices.

According to Farah, that's exactly the wrong approach. Including MB groups at iftars and other events creates the false impression that they have been "vetted" and determined to be clean. In fact, both CAIR and ISNA were unindicted co-conspirators in the HLF prosecution. Five senior HLF officials were convicted of funneling more than $12 million to Hamas and sentenced to long prison terms.

One document introduced during the trial was an 18-page memorandum written in 1992 by Mohammed Akram, a member of the American branch of the Muslim Brotherhood. It described the role the group sees for itself in America:

"The process of settlement in America is a Civilization-Jihadist process with all the word means. The Ikhwan must understand that their work in America is a kind of grand Jihad in eliminating and destroying the Western civilization from within and 'sabotaging' its miserable house by their hands and the hands of the believers so that it is eliminated and God's religion is made victorious over all other religions."

One tactic the Muslim Brotherhood uses in countries where Muslims are a minority is to "subvert" Muslim communities "so they become their de facto spokesmen," said former Deputy Assistant Secretary of State for Near East Affairs J. Scott Carpenter.

Having senior officials like Brennan and Napolitano meeting publicly with Mattson and others involved in Brotherhood-affiliate groups sent the wrong message to non-Islamist Muslims, according to Carpenter, a fellow at the Washington Institute for Near East Policy. The government is accepting the Brotherhood as representatives of the larger Muslim community.

During his tenure at State, Carpenter said there were "unofficial guidances governing how State Department employees deal with Muslim Brotherhood supporters. The "general idea was that the Muslim Brotherhood should not benefit from U.S. taxpayer dollars."

The policy (Carpenter left the State Department in 2007 but believes the Obama Administration has continued it) was unevenly enforced from country to country, depending on the ambassador and the position of the Muslim Brotherhood in a particular area. There was a lot of pushback from diplomats who argued that the United States needs to be able to talk with virtually anyone – including hostile groups like the MB.

According to Carpenter, diplomatic efforts to distance itself from the Muslim Brotherhood were undercut by democracy-promotion efforts in Iraq, where U.S. and Coalition forces found it necessary to work with Islamist parties that may have been involved with the Brotherhood. In Egypt, diplomats were barred from working with the MB as an organization but could deal with Brotherhood members of Parliament.

Carpenter dismissed the official explanation that the invitation to Muslim Brotherhood MPs to attend President Obama's June 2009 Cairo speech was purely the result of an Egyptian decision about who to invite. American presidents decide who they will meet on these trips and do not cede that choice to foreign governments, Carpenter said.

He believes the Obama Administration seems to believe that "political Islam is on the march." That world view "can become a self-fulfilling policy," he added.

Author Lorenzo Vidino, a careful observer of Brotherhood activities in the United States, explains the government's inability to come up with a workable strategy to deal with MB affiliate groups inside the United States. In his book, The New Muslim Brotherhood in the West, Vidino cites FBI Director Robert Mueller's statement that the Bureau does not have a responsibility to consider the ideological background of some of the organizations it engages with and the consequences of partnering with them.

"In an organization whose weltanschauung is based on obtaining convictions and staying away from thorny ideological issues, investigating Brotherhood networks is hardly a recipe for fast career advancement. In the words of a former FBI agent, 'investigating jihadists gets you a promotion, investigating brothers gets you a headache,'" Vidino writes.

It is understandable that people in the bureaucracy have positive impressions of some Brotherhood officials, said Stephen Coughlin, a former Army major who was the Pentagon's leading researcher on Islamic law. Having met numerous Brotherhood officials during his time in Washington, Coughlin said that, on a personal level, many of these people are quite friendly.

What officials fail to understand is that the Brotherhood people "are only doing outreach in order to subvert you," Coughlin said. "I believe the people in the federal bureaucracy [who take a benign view of some Brotherhood affiliated groups] want answers that are easy to get and make them feel good about themselves."

Rather than engage it, Coughlin believes the U.S. government should designate the Muslim Brotherhood a terrorist organization. While al Qaida seeks to destroy the United States through terrorism, the Brotherhood seeks to achieve this through "ideological subversion," he said. The MB and al-Qaida "are two sides of the same coin."

@ Jess, the "Office of Religious Partnerships" - to improve the image of Islam.

This article says that Dalia Mogahed, head of the Middle East department at international polling company Gallup, is a "presidential appointee." To what position has she been appointed?

The Muslim Brotherhood is the second biggest threat to our Constitution. The first is our political leaders who are either wittingly or unwittingly facillitating their subterfuge.