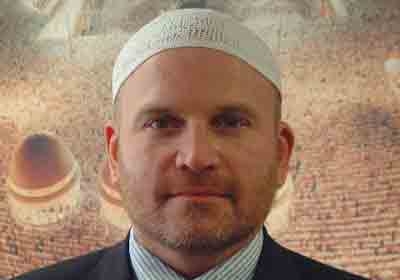 Ibrahim Hooper is the national spokesman Council on American-Islamic Relations. As such, he often is the person journalists and cable chat shows turn to for reaction on issues of concern to Muslim Americans. In that role, Hooper is quick to condemn U.S. law enforcement investigations into alleged terrorist financiers and supporters in America as part of a general war on Islam or as the product of "the pro-Israeli lobby."[1]

In contrast, he bristles at questions concerning CAIR's attitude toward Palestinian terrorism, most notably by Hamas. Hooper calls such questions a "game" and declared, "We're not in the business of condemning."[2]

He has criticized references to "Islamist" terrorism in the 9/11 Commission report[3] and portrayed the word "Wahhabism" is "of those terms which is invented to scare people about Muslim bogeymen. It's just all part of the extremely powerful right wing and their agenda right now to demonize Saudi Arabia and demonize anything associated with Saudi Arabia."[4]

The list of similar dissembling and apologies for extremism is long. A series of recent appearances on MSNBC's "Tucker" program with Tucker Carlson exhibits it more clearly.

On July 26, 2007, Hooper justifies a lawsuit targeting unknown travelers who reported suspicious behavior among the "flying imams" that led to their removal from a 2006 US Airways flight. The "John Doe" passengers later were dropped from the case following a backlash of criticism.

On June 28, 2007, Hooper explains how surprisingly high poll numbers showing support for Osama bin Laden in parts of the Muslim world has nothing to do with bin Laden.

On May 23, 2007, Hooper tries to minimize a Pew survey showing more than 25 percent of American Muslims under age 30 justify suicide bombings and in which more than half of all respondents doubt Muslims were involved in the 9/11 attacks.