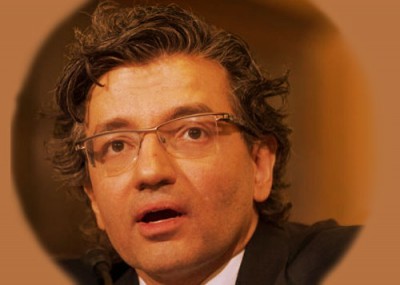 He has different views than most of the national Muslim advocacy groups featured in the media, and for that, Islamist groups have worked to keep Zuhdi Jasser from gaining traction in the national debate over religion and extremism.

He has been smeared as an Uncle Tom, a clown and even a "sock puppet" for anti-Muslim forces. So when it was announced Monday that Jasser had been appointed to the U.S. Commission on International Religious Freedom (USCIRF), Islamists frothed with hyperbolic excess.

The Muslim Public Affairs Council directed its Twitter followers to the petition, too, copying its claim that "Zuhdi Jasser Does Not Belong on the USCIRF." In a separate action alert, MPAC urged supporters to protest to their elected officials, calling the appointment "an affront to all Muslims."

Jasser is a Muslim. It's doubtful the move is an affront to him.

A group called the Muslim Peace Coalition issued a statement similarly calling supporters to protest the appointment, calling it "a huge insult to the American Muslims and it will have consequences in terms of demonizing Muslims abroad ... This is a guy who has made a living advocating to curb religious liberties for Muslims RIGHT HERE in the US. The contradiction and hypocrisy of this action could not be more underscored."

Jasser joining the USCIRF board is "like appointing David Duke as chair of NAACP," wrote Fida Mohammed on the petition page.

The federally-funded commission is tasked with monitoring and advocating "for religious freedom abroad wherever that right is being abused."

Jasser, an Arizona physician and Navy veteran, founded the American Islamic Forum for Democracy, advocating the separation of mosque and state and taking on Islamist groups he sees as working to slowly inculcate religious practice and dogma into public policy. The United States offers Muslims the greatest freedom to practice their faith because it maintains the separation.

In contrast, "The theocratic 'Islamic' regimes of the Middle East and some Muslim majority nations use Islam as a way to control Muslim populations, not to glorify God as they portend," the AIFD web page says. "The purest practice of Islam is one in which Muslims have complete freedom to accept or reject any of the tenants or laws of the faith no different than we enjoy as Americans in this Constitutional republic."

But those contesting his appointment cast Jasser as an opponent of religious liberty. His sin? Disagreeing with them while accepting funding from conservative sources, supporting law enforcement counter-terror efforts and publicly criticizing the proposed Ground Zero mosque.

"How can an individual who supports the curbing of Muslim civil and religious liberties at home be trusted as a 'commissioner' to review and analyze violations of religious freedoms abroad?" a web page featuring the petition says.

With the appointment, the USCIRF "is telling the American Muslim community and Americans of conscience, 'we are happy to insult your intelligence by pretending not to know the link between Zuhdi and some of the most vile anti-Muslim funders and entities in the country, and that we do not mind the contradiction between having him preach to the world about religious liberties while simultaneously advocating to curb YOUR liberties in THIS country,'" CAIR-Chicago Director Ahmed Rehab wrote on the petition site.

Writer Reza Aslan, a member of the Council on Foreign Relations, posted a link to the petition on his Twitter feed, dismissing Jasser as "Glenn Beck's favorite Muslim." CAIR national spokesman Ibrahim Hooper echoed Rehab when he claimed Jasser has no credibility among Muslim Americans. "He has long been viewed by American Muslims and the colleagues in the civil liberties community as a mere sock puppet for Islam haters and an enabler of Islamophobia."

In an interview, Jasser said his views are being grossly distorted. Though he opposed the proposed Ground Zero mosque, his record and that of his family has been in helping build mosques in Wisconsin and Arizona. In none of the releases and Twitter posts issued this week is Jasser quoted saying anything against religious liberty or Muslims.

"If I'm such a Muslim hater, they can't find one quote from Zuhdi Jasser?" he asked. "It's like something out of Pravda or the Syrian media."

The level of vitriol directed at Jasser, and the accusation he is anti-Muslim, "is not based on anything rational. It's just name calling," said Qanta Ahmed, author of In the Land of Invisible Women: A Female Doctor's Journey in the Saudi Kingdom. Like Jasser, Ahmed is a Muslim American physician who stands against radical elements of her faith and against Islamist political movements.

Disagreement with the national groups automatically triggers a backlash and accusations of bigotry, Ahmed said, all emanating from "monstrous organizations that want to drown out diversity."

Jasser has repeatedly taken on CAIR and its positions. In response, CAIR has tried to diminish his views, arguing he runs a small operation with a modest following. That was the line CAIR Governmental Affairs Director Corey Saylor took last March in criticizing Jasser's appearance before a House committee hearing on radicalization within the Muslim-American community.

Jasser, Saylor said, "is not representative of the mainstream Muslim community and not connected to the activities of the Muslim community to one – cooperate with law enforcement, and two – secure the civil liberties of our community."

One might say the same about CAIR. A survey released last summer by the Abu Dhabi Gallup Center found just over 10 percent support for CAIR among Muslim Americans. CAIR's true following is difficult to gauge. In June 2007, the Washington Times reported that CAIR membership had plummeted 90 percent since 2001.

Records show the group sought millions of dollars from donors in Saudi Arabia and the United Arab Emirates in 2006, and millions more from Libyan dictator Muammar Gaddafi in 2009.

The group failed to file tax returns in the past three years which would show the amount of revenue from membership fees. That move prompted the IRS to strip CAIR of its tax exempt status last spring.

"This proves that they operate under the assumption that they represent all Muslims by virtue of calling themselves 'Islamic' or 'Muslim' in their names," Jasser said. "And if anybody disagrees with the cause of their existence, which is Islamism, they somehow are anti-Muslim."

His appointment stands to threaten that monopoly the Islamist groups wish to maintain. Jasser believes quieter lobbying has been used against him in the past with mixed results. Last July, groups opposed his appearance at a briefing on the uprising in Syria, where Jasser's family came from. One Islamist group tried to remove him from the panel, telling a congressional office it "would give him too much credibility." Jasser participated in the briefing.

But later in the summer, Jasser appeared to be sailing toward confirmation for a White House appointment to the State Department's Advisory Commission on Public Diplomacy. He cleared all the background checks and the vetting process, but the appointment was rescinded at the 11th hour without explanation.

Despite the "scorched earth attack" against him, Jasser said he is eager to start work with the USCIRF advocating for religious freedom for all faiths, including Muslims living under dictatorship and other repressive conditions.

The campaign against him is meaningless. There is no mechanism to undo the appointment, so it appears to be all about tainting his image. "I'm not surprised," Jasser said. "They lie and deceive about my work on a daily basis."

thank god for dr. yasser we need more muslims like him.

What's surprising, is that appointment was made during Obama administration.

MPAC urged others to sign a petition against Dr. Jasser. Not surprising. This is the same group that's hosting a few members of the political arm of the Muslim Brotherhood in Washington, D.C. this Tuesday at a secret location!

Good info ... many people do not trust him, or Brigitte Gabriel on some of our pages.. I'm not one of them and I'M certainly not ready to throw her under a bus ... If she is not a friend she has a funny way of showing it... she has been on the side of freedom for years ...