Islamist Group Tries to Kill Use of "Islamist" 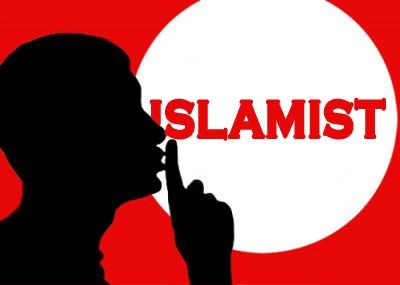 After doing everything it can to ensconce a new word, "Islamophobia," into conversational English, the nation's most visible Islamist group is trying to stop use of a well-established word: Islamist.

It was added to the latest Associated Press Stylebook – the guide for spelling, punctuation and other rules – that is used by journalists at the smallest community papers and the largest television networks, Hooper wrote. AP defines Islamists as "Those who view the Quran as a political model encompass a wide range of Muslims, from mainstream politicians to militants known as jihadi."

Journalists should ignore that, Hooper argued, because it is used in a negative way, and used by "Islam-bashers" who really hate the faith of Islam but want to cover their tracks. "Yet they fail to explain how a practicing Muslim can be active in the political arena without attracting the label 'Islamist.'"

Plenty of practicing Muslims work bravely in opposition to Islamist ideology. Britain's Quilliam Foundation was started by Muslims who walked away from radical Islamist thought and now counter the arguments Islamists offer.

"Challenging extremism is the duty of all responsible members of society," the foundation's website says. Not least because cultural insularity and extremism are products of the failures of wider society to foster a shared sense of belonging and to advance liberal democratic values. With Islamist extremism in particular, we believe a more self-critical approach must be adopted by Muslims." [Emphasis added]

Hooper may have had the Investigative Project on Terrorism in mind with his comment, as we try to distinguish between the faith of Islam as practiced by individuals, and its application as the foundation for political action and law. When devout Muslims espouse this "separation between mosque and state," Hooper dismisses them as "a mere sock puppet for Islam haters and an enabler of Islamophobia."

Hooper's demand that "Islamist" be removed from the lexicon is ironic, since his bosses seemed more than comfortable placing themselves firmly in the world of "Islamists" back in 1993. CAIR founders Omar Ahmad and Nihad Awad joined two dozen Hamas supporters in Philadelphia for a fall weekend in an urgent meeting called to discuss ways to "derail" the U.S.-brokered Oslo Accords.

The FBI bugged the meeting room. Transcripts entered into evidence during a 2008 Hamas-financing trial show the participants referred to "Islamists" dozens of times. Ahmad helped lead the meeting, helping determine who might attend and calling it to order.

The FBI described the group as Hamas members and supporters. "Hamas' agenda was not only to eliminate Israel," prosecutors wrote, "but also to sabotage the Oslo Accords and to replace the secular PA regime with an Islamist government that would control all of Israel, the West Bank and Gaza."

"The fourth goal is becoming open to the media in the U.S. and the Western society to ease the intensity of the campaign and to explain the legality of the opposition led by the Islamists," he said. [Emphasis added]

Ahmad, who served as CAIR chairman emeritus until 2009, also discussed media strategy for Islamists in America.

"The first goal was relating to activism among Muslims and Palestinians but we must broadcast our point of view in U. S. media. There is a very good reason for that which is bringing the voice of the Islamists to the surface, keeping them informed and explaining their positions in order to case the severity of allegations of radicalism and other things," Ahmad said. [Emphasis added] "This will also make our position known to Muslims and sympathizers whom we cannot reach via our media tools."

A speaker identified only as "Akram" told the group opposition to the Oslo deal did not "have anything to do with any living conditions. We have undisputable rights in Palestine as Islamists. They don't change with the changing of the events." Later, he said Islamists were the only ones willing to oppose the agreement publicly.

"We must be clear that we oppose this thing 100% and that we, the Islamists ... different from what is being suggested for Palestinian activism," Akram said. No one disagreed.

Their claim on Palestine was not limited to the West Bank and Gaza, Ahmad said, agreeing it was not a wise strategy to say so publicly.

"Yes," an unidentified speaker responded, "but we don't say that publicly. You cannot say it publicly. In front of the Americans..."

"No," Ahmad agreed, "we didn't say that to the Americans."

"Unfortunately, the term 'Islamist' has become shorthand for 'Muslims we don't like,'" Hooper wrote. "It is currently used in an almost exclusively pejorative context and is often coupled with the term 'extremist,' giving it an even more negative slant."

This is revisionist history. In addition to Hamas supporters, fundraisers for the Palestinian Islamic Jihad used the "Islamist" in laudatory fashion. During a 1989 conference by Sami Al-Arian's Islamic Committee for Palestine, Cleveland Imam Fawaz Damra described heroic battles Islamists waged in sparking the intifada against Israel.

"We acknowledge that Islamists were absent from the arena of jihad for a long while, Damra said. "This is not the time to examine the causes of that absence. But this was their return with an unflagging spirit, determined to do battle and to confront ....an important development. Then occurred the fleeing operation, executed by six mujahideen towards the middle of the fifth month of '87. This was followed by specific operations executed by these youth, one of the most important of which was the killing of the Military Police chief in Gaza. In other words, the events rekindled the spirit of hope and the spirit of self-confidence in the people."

Damra would later describe Al-Arian's committee as "the active arm of the Islamic Jihad Movement in Palestine" and urge people to write checks intended for the Jihad to "write it in the name if the Islamic Committee for Palestine, 'ICP' for short."

Evidence also showed that Al-Arian served as secretary on the Palestinian Islamic Jihad's governing board.

CAIR officials also have supported the Muslim Brotherhood in Egypt, even as it rammed through a constitution that epitomizes Islamist aspirations and makes religious law the law of the land. The Brotherhood has no problem calling itself Islamist.

If the word is to be used, Hooper wrote, it "should not be used unless a group applies the term to itself." So the Brotherhood can be called "Islamist."

CAIR doesn't use the term itself, not "to the Americans," anyway, but we've offered a tiny sample of the examples of Islamists using the word privately. CAIR's background – the FBI cut off contact with the group in 2008 over questions about "whether there continues to be a connection between CAIR or its executives and HAMAS – should be taken into consideration by anyone entertaining Hooper's request to serve as language cop.

By the way, the AP did remove a related word from the newest Stylebook: Islamophobia.

Akram is Mohammed Akram Adlouni. Suggest looking this up.

I think the use of ist is appropriate

1. added to words to form nouns denoting: One who follows a principle or system of belief.

Note, these are relate to -ism, e.g. Marxism, deism

2. A member of a profession or one interested something.

botanist, psychiatrist, one who studies psychiatry

3. a person who uses something.

violinist, one who plays a violin

4. A person who holds biased views.

For Once I Agee With Them

I have never liked or used the term "Islamist" to describe the so-called "extreme" or "radical" Jiadist Muslims or whatever euphemisms are used to desribe Muslim terrorists. We don't use trems such as "Jewdaist", "Christianists" or "Hindiest" thus there is no reason for "Islamists".

The trem "Islaimist", in its common use, intends to convey the impression that those who use Islam as a a reason for their barabaric acts, and their supporters, are a few nut case at the margine of Islam, whilest the facts are that they are neither few nor at the margine asany follower of this website would no doubt agree.

Jihad and terror is one of the main stay of Islam. Not only it stems from the Koran but it is also preached in almost every Mosques around the world *and* it is *supported* by *all* the regimes of *all* Muslim countires and the majority of their populations (with the possible exception of Indonesia), the results of the elelections in those Muslim countries who has a realtive free elections is evident to this fact.

True, there are Muslims who are moderate in their views but not only they are in a clear minority,but they are considered apostates by Islam.

It is pitty that 99% of Muslims give the rest of them a bad name.

By any other name.

They tried to get Yahoo to censor the term fictional ishmaelism - comical .

Fictional ishmaelism is the writing on the wall for the demise of arab cultural hegemony .