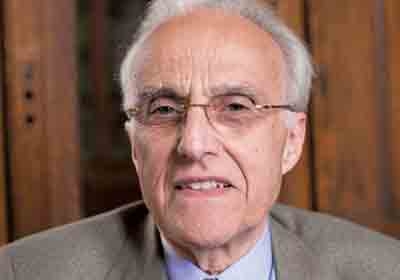 John Esposito enjoys substantial respect in his role as a Georgetown University professor of Religion and International Affairs, specializing in Islamic studies, as well as the founding director of the Prince Alwaleed bin Talal Center for Muslim-Christian Understanding at the Walsh School of Foreign Service.

He is the author of more than 30 books, a consultant for the Gallup polling organization and an expert on Islam frequently called upon to brief government agencies including the State Department, FBI, CIA, Department of Homeland Security and various branches of the military.

But his objectivity as a scholar is put in serious doubt when assessing his cozy ties with radical Islamists and his repeated defense of their ideology. Esposito routinely minimizes the threat of Islamist violence and has had intimate working relationships with two organizations federal prosecutors identified as Muslim Brotherhood fronts in a Hamas-support network -- the Council on American-Islamic Relations (CAIR) and the United Association for Studies and Research (UASR).

Esposito served as a defense expert in the Hamas-financing trial against the Holy Land Foundation for Relief and Development and continues to consider Palestinian Islamic Jihad member Sami Al-Arian a close friend.

Read more about Esposito's record and ties with radical Islamists in the IPT's full report here.