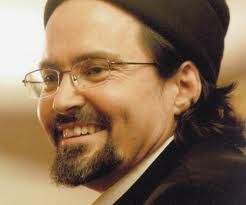 Muslim scholar Hamza Yusuf, president of Zaytuna College in Berkeley, Calif., blamed pornography for the proliferation of jihadist violence during a Georgetown University panel discussion Monday about the status of Muslim minorities in non-Muslim countries.

After George noted that intelligence agents routinely find sexually explicit materials on laptops belonging to captured jihadists, Yusuf offered a theory in which young men "become deeply defiled" by the pornography habits and blame the West for providing the corrupting influences. They turn to jihad for religious purification and redemption.

"I really think that we underestimate the amount of people that have this experience of wanting to restore some kind of purity to themselves," Yusuf said, "and the only restoration for them is blowing themselves up and get rid of the part that is the source of my defilement which is my body."

Esposito disagreed, pointing to polling data showing that jihadists are motivated by politics rather than religion. He argued that those opposed to jihad did so for religious reasons.

"If you look at major polling data, the drivers are usually political," Esposito said. "People were asked about, say, waging jihad. The people who were against waging jihad cited religion. Those who were swayed by the jihadists cited politics."

"They're always going to tell pollsters that crap," Yusuf said. "They're not going to say, 'The real reason I decided to get into terrorism was that I was watching pornography 24 hours a day.'"

Islamist critic Zuhdi Jasser, president of the America Islamic Forum for Democracy, who attended the event, questioned Yusuf's rationale during an interview with the Investigative Project on Terrorism (IPT), noting that terrorists have never cited pornography as their motivation. But the theory lets Yusuf give the broader issue of the Islamist ideology a pass.

"Most of the evidence is that the 9/11 hijackers had prostitutes and visited bars before the attacks," Jasser said. "They had a sense of their going to heaven to be martyrs and that their acts on Earth seemed less important."

"[T]he Quran … showed quite clearly that Islam makes it incumbent on the Muslim community to establish an Islamic system of Government based on divine directives," noted Islamist Jamal Badawi says in an interview posted on his website. "We can't simply say the spiritual part is the domain of the Quran and the rest is left to others.

"The Quran made it clear that those who do not rule and judge in accordance with God's revelation are unbelievers and rebels against God."

All of these groups want to restore an Islamic caliphate, but differ over how that should happen

Yusuf accused jihadists of having a narrow understanding of Islamic law and lamented Islam's decline since the medieval period.

He took a crack at those seeking to ban shariah in America and the interpretation used by Muslim extremists, arguing that the U.S. Constitution and shariah law were not incompatible.

"The term shariah has become so emotive because it has been framed by a set of people on both sides," Yusuf said, noting that his mentor Sheikh Abdullah Bin Bayyah had stated that shariah requires American Muslims to obey the Constitution. "The ruling is that to implement the hadd (Quranically mandated) punishment in the United States is against the shariah.

"The problem is the penal code of Islam is a tiny chapter in any – and I've studied six formally, six books on Islamic law with teachers," Yusuf continued. "The penal code is the smallest chapter."

Quranic punishments such as amputating people's hands for stealing are outdated and no longer taught in many Muslim countries, Yusuf said.

"The scholars don't even teach it anymore because it's not applicable," Yusuf said.

Jasser, however, expressed skepticism regarding Yusuf's real views, wondering whether he believes the shariah should be fully implemented in places like Turkey or Egypt where Muslims are the majority.

"Hamza Yusuf will not give up the idea of the Islamic state. The bottom line is they don't see our legal system with an Establishment clause being exceptional," Jasser said. "We believe this is a system that is best for all citizens. We don't want an Islamic State."

Yusuf's comments bordered on deception, Jasser said. He noted that Yusuf's positions are similar to those expressed in The Methodology of Dawah, a 1989 book written by the Islamic Circle of North America's former dawah chief Shamim Siddiqi. It called for making Islam "dominant in the U.S.A."

The book also suggested that Muslims work within the framework allowed by the U.S. Constitution to bring this about.

"I'm sure if confronted he'd say that Islam could evolve no different from the U.S., but that would necessitate a clear rejection of Islamism and the Islamist movement – a position that he only avoids but seems to reject," Jasser said.

Yusuf failed to make his broader views known for everyone, Jasser said.

Muslims go bonkers because they can't just go and get their drink and their f*ck on like normal people. If they weren't all so uptight and learned to party they'd be less inclined to want to die like they do.

A bong and a bottle of Jack for everyone would solve 99% of the worlds problems.

Those comments claimed to be made by Imam Zaid Shakir are so outdated it's not even. He's nowhere being the same person he was 20 years ago, which is probably how long go he said it. He's completely changed his views after studying the religion in depth. You guys are clearly nitpicking.

What is meant by Allah ordain it, is everything is ordain, because Allah said "if you do this, then this will happen. If you do that then that will happen" That is ALL what is ordain. Not that you have to do this ordained or that ordained (if I can say it like that), but which ever you choose has already been ordained the out come.

Why is Islaam and Muslims always on the chopping board in the West? Why not discuss the American-British-French crusade, unjust wars against Muslims around the Globe?. Zionist-crusadist violence and terrorism in Africa and Asia is the root cause of instability, suffering and growing populations of refugees around the world.

He doesn't get it

Anyone who knows anything about government and politics knows it is ATM's, the disaster at Fukishima, or gun toting, Bible carrying Christians that cause these problems. Of course, it could also be global warming. If that doesn't work, then it has to be George Bush causing the problem.