Should the Muslim Brotherhood Debate Include Another Rogue Islamist Party? 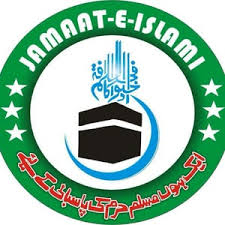 A leading Islamist party recently demanded punishment for bloggers who "insult" Islam and condemned the execution of the murderer of a prominent politician who spoke up against his country's rigid blasphemy laws. The Islamist party also blamed the U.S.-led war on terror for the rise in global jihadism and the destruction of Islamic civilization.

For those of you wondering, the Islamist party in question is not the Ikhwan al-Muslimeen, or Muslim Brotherhood (MB), whose designation as a terrorist organization is currently a hot topic of debate in Washington. Rather, it is the Jamaat-e-Islami (JI), a South Asian Sunni revivalist movement that has an active network in North America and the West.

The Islamist movement often defends terrorists and rationalizes attacks against Western targets, in addition to working to advance a rigid interpretation of Islam in the U.S. and other secularly-governed nations. The debate over political action against Islamist parties, therefore, does not stop with the Muslim Brotherhood.

JI's recent blasphemy push provides an example of that thinking in action.

In a press release, Sirajul Haq, the leader of JI's Pakistan affiliate, condemned the execution of Mumtaz Qadri, who had killed former Punjab governor Salman Taseer, a fierce opponent of Pakistan's blasphemy laws. Haq also called on Pakistan's political leadership "not to link terrorism with Islam...to please colonial powers," and alleged "that the enemy was trying to destroy the Islamic civilization and values and to promote its obscener [sic] and nude culture."

Haq had earlier described Qadri's hanging as the "darkest moment in the country's history" and said that by executing him, the Pakistani government "had proved itself a slave of US President Obama and not a slave of the Holy Prophet." He added that "the government had executed one Mumtaz Qadri but now every youth and [sic] grown up in the country would turn into Mumtaz Qadri."

JI's Ideological Similarities with the MB

The JI was founded in 1941 in Lahore, Pakistan (then part of British India) by Islamist scholar Maulana Syed Abdul Ala Maududi. Maududi is a leading pioneer of Islamic revivalism in South Asia who was inspired by the Brotherhood ideology. Maududi also had a profound influence on Sayyid Qutb, a leading Muslim Brotherhood ideologue who has been described as the "father of modern Islamist fundamentalism." Qutb is believed to have also inspired al-Qaida leader Osama bin Laden.

Soon after the Arab Spring protests led to the ouster of the Hosni Mubarak regime in Egypt, top Brotherhood and JI leaders met in Cairo to "strengthen the relations between the Islamic movements in different countries " and "promote Islam."

JI's primary objective in Pakistan "is to implement Sharia" and "make Pakistan an Islamic welfare state" based on the "model of the state of Madina," the multi-religious Islamic state established by the Islamic prophet Muhammad in the 7th century.

Although the MB has a deeper foundation and wider network in North America, the front groups of the JI—Islamic Circle of North America (ICNA) and its charitable arm ICNA Relief—also have an active and long-term presence.

ICNA and ICNA Relief collaborate extensively with MB front groups in the U.S. and Canada. For example, ICNA annually partners with the Muslim American Society (MAS) to host its national conventions that feature radical speakers who advocate jihad and call for the elimination of Israel. MAS was created in 1993 as the Brotherhood's arm in the U.S.

Both ICNA and ICNA Relief are listed as members of the U.S. Council of Muslim Organizations (USCMO), an umbrella group featuring several groups tied to the American Muslim Brotherhood. It was launched in March 2014 to lobby Congress to enforce an Islamist agenda on U.S. counterterrorism efforts, as well as on issues concerning American Muslims and the larger Muslim ummah (community).

After trying him in absentia, a Bangladeshi war crimes tribunal sentenced to death ICNA's former vice president and leader of its New York chapter Ashrafuzzman Khan on charges connected to the kidnapping and murder of several intellectuals during the country's 1971 war of independence from Pakistan. The tribunal claimed Khan was the "chief executor" of the killing squad, Al-Badr, a militant offshoot of the Jamaat-e-Islami. Following accusations of alleged war crimes against Khan, ICNA scrubbed the names of executive board members, including Khan, from its web page.

Khan still is believed to be in New York. But others convicted by the tribunal have been executed, drawing criticism from ICNA as a "shameful act of judicial killing which is part of the ongoing brutal persecution of political opponents" in Bangladesh.

The Muslim Brotherhood also condemned the executions and called on the global community to "reject and condemn these unjust and unfair trials that violate all international norms and conventions...."

The Brotherhood's website described JI leader Mir Quasem, who was executed in September after being convicted of running the lethal Al-Badr militia, as an "icon of freedom and resistance against tyranny."

Quasem's "martyrdom" was compared to that of MB ideologue Sayyid Qutb in 1966: "When the Egyptian regime executed Sayyid Qutb in 1966, they thought they killed his ideas and ideology; but—as tyrants do in every era and place—they unintentionally immortalized him, inadvertently spread his ideas, and unwittingly introduced the people to his call—his ideology."

Yusuf Islahi, a leader of JI's Indian affiliate (JI Hind), is scheduled to speak at the upcoming MAS-ICNA convention in Baltimore. Islahi, a chief patron of ICNA's dawah or proselytizing project, WhyIslam, has spoken at past MAS-ICNA conferences. In a 2009 interview, Islahi criticized the Western interest-based economic system: "A society where interest is accepted and becomes widespread is disliked to such an extent that both Allah and His Prophet, peace and blessings be upon him, are at war with them."

At a 2001 JI Hind event hosted in the Indian city of Aligarh, Islahi reportedly blamed Jews for the 9/11 attacks, which he described as a fitting response to American arrogance: "[T]he September 11 event is a well-planned conspiracy to defame Islam. Muslims are being blamed for it without any evidence. Everyone knows who is the real culprit, Jews .... The United States has unjustly and arrogantly ruled the world for too long. Allah has destroyed that arrogance on September 11. God willing, this will also inaugurate the age of Islam the world over."

ICNA's invitations to JI leaders to speak at its events goes back a long way. Former JI leader Qazi Hussein Ahmed, for example, was a featured speaker at ICNA's 1999 convention in Baltimore. In an interview the same year with ICNA's newsmagazine Message International, Ahmad spoke about the role Islamist movements such as the JI and MB play in creating an Islamic state: "The Islamic movements through out [sic] the world under the guidance of Maulana Syed Abdul A'la Maudoodi (r) and Shaheed Hasan al-Banna (r) and many other prominent Muslim leaders and scholars and Mujahideen have adopted the same attitude and the same process which was evolved by the Prophet of Allah. Call the people towards Allah and to train and purify them, organize them into Jama'ah and work for the service of mankind. In this process we will create an Islamic society, an Islamic government and an Islamic state."

JI affiliates in Bangladesh and Pakistan criticize the United States, openly voice support for terrorist groups and praise their leaders. For example, people like Osama bin Laden never die, former JI Pakistan leader Syed Munawar Hasan said in a 2014 video. They continue to live in the people's hearts people and give voice to their people, he said. Hasan described Taliban leader Hakimullah Mehsud's killing of in a U.S. drone strike as "martyrdom." He called the U.S. an enemy of Pakistan: "America was our enemy yesterday, it is so today, and tomorrow too it will not refrain from enmity against us."

The JI has provided an ideological platform and recruiting base for terrorist groups in South Asia. One example is the Hizb-ul Mujahideen (HuM), a Kashmiri jihadist group that emerged in 1989 as JI's militant wing.

The U.S. designated HuM as a foreign terrorist organization in 2004. In a recent video, HuM commander Zakir Rashid Bhat noted that the Kashmiri people's struggle for independence was "nationalistic" and was "haraam" ("not permissible") in Islam. "Nationalism and democracy are not permissible in Islam," he said. HuM has been behind several terrorist attacks in Kashmir. In 2013, HuM claimed responsibility for an attack on an Indian police camp in Kashmir that killed five security personnel.

JI's former student wing in India, the Student Islamic Movement of India or SIMI has been implicated in some of the deadliest terror attacks in the country. The group has been banned in India and is alleged to have links to terrorist groups such as the Indian Mujahideen (IM) and the Pakistan-based Lashkar-e-Taiba (LeT) and Jaish-e-Mohammed (JeM).

Nurul Islam Marzan, one of the masterminds behind the July terror attack on a Dhaka café that killed 17 foreigners, helped lead a group with alleged ties to the banned Jama'atul Mujahideen Bangladesh (JMB) and was active in JI's student wing Islami Chhatra Shibir (ICS) at Chittagong University. Suspects in the 2013 murder of blogger and activist Ahmed Rajib Haider reportedly acted on orders from an ICS leader.

The Jamaat-e-Islami global network's support for a totalitarian Islamist ideology provides an environment conducive to the radicalization of future terrorists. The Islamist movement's active presence in the U.S. and the West, its defense of terrorists, condemnation of U.S. foreign policy, justification of terror attacks against the U.S. and its allies, and rejection of Western democratic values and ideals make it relevant in the debate about designating the Muslim Brotherhood as a terrorist group. The Islamist threat is not isolated to one source.