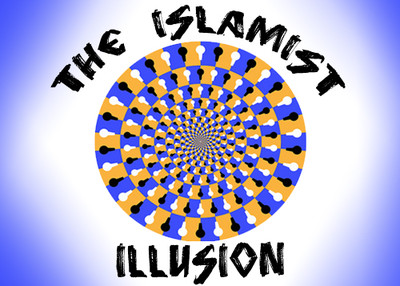 Eight national Muslim organizations, many with ties to the Muslim Brotherhood and with records of support for Hamas, have formed a "national council" that seeks to further entrench an Islamist monopoly on Muslim political debate.

The U.S. Council of Muslim Organizations (USCMO) went public with a news conference in Washington today. Organizers would not allow a representative from the Investigative Project on Terrorism (IPT) to attend.

The coalition claims "broad inclusion," yet its member organizations all start with similar viewpoints. But it doesn't appear to have invited Muslim groups with a different view of the role religion should play in society. Instead, it is a union of like-minded, inherently political organizations, many with checkered records.

That becomes relevant as the USCMO claims to seek a "unity of purpose not opinion ... to act together on knowledge for the good of all people, not in the interest of a party or group." It will decide for "our whole community ... all that is good, champion what is right and stand against what is wrong."

One Muslim with a different view is Zuhdi Jasser, president of the American Islamic Forum for Democracy (AIFD). Rather than following the USCMO's pledge of inclusion, Jasser routinely is attacked for wanting to keep religion a personal matter, not a political one.

The USCMO "should be looked at as a circling of the wagons of the inner core of American Islamist organizations," Jasser said Wednesday in an email to the IPT. "If they were going to start an American Islamist political party those would be the founders. Instead they deceive Americans as an innocent 'Muslim coalition.'"

Its president is Oussama Jammal, once the president of the Mosque Foundation outside Chicago. A 2004 Chicago Tribune story described fundraising at the mosque for Palestinian Islamic Jihad board member Sami Al-Arian's defense fund. In 1998, Jammal blasted a federal investigation which led to the freezing of a mosque member's assets for supporting Hamas.

"Politically motivated attacks on our community are an unfortunate reality that must not be accepted," Jammal said. "The stereotyping of Muslims and Arabs as being terrorists is wrong and it must stop." In 2001, after the identities of the hijackers had been released, he expressed doubts al-Qaida was responsible for the 9/11 attacks.

"How certain are we that it was Arabs who were behind it?" he asked.

· The Council on American Islamic Relations (CAIR) – formed in 1993 as an outgrowth of the Muslim Brotherhood's "Palestine Committee." That group, like the USCMO, was an umbrella organization for Islamist groups in America. The Brotherhood charged the Palestine Committee with supporting Hamas politically and financially in the United States. CAIR co-founder Nihad Awad, a Palestine Committee member, remains CAIR's executive director.

· American Muslims for Palestine – a group which actively tries to delegitimize Israel and has defended Hamas and people convicted of providing material support to terrorists.

· The Islamic Circle of North America (ICNA) – Created to serve South Asian Muslims in America, ICNA's curriculum emphasizes Islamist authors like Sayyid Abu 'Ala Maududi. Its charter calls for the "establishment of the Islamic system of life" in the world, "whether it pertains to beliefs, rituals and morals or to economic, social or political spheres." That is not limited to individuals, ICNA's hand book says, but strives "to make this Deen [religion] a way of life for all."

· The Muslim American Society (MAS) – Created by Muslim Brotherhood members in America. Its annual conferences with ICNA have included radical Islamist speakers, including a 2012 invitation to Sheikh Ayed al-Qarni, who has advocated jihad and is considered influential among al-Qaida followers, and Ragheb Elsergany, whom MAS and ICNA invited back after promising not to due to his extreme rhetoric. That includes a 2009 conference speech in which Elsergany called jihad one of the greatest acts to please Allah, "and one of the greatest of them is supporting the fighters, and the mujahideen [Islamic warriors] and the besieged, and those in need there in Palestine."

Interestingly, two high-profile Islamist groups – the Islamic Society of North America and the Muslim Public Affairs Council – are not yet a part of the USCMO.

The group plans to conduct a census that "will allow the larger Muslim community to better participate in our nation's political process." Several USCMO members have grossly exaggerated the American-Muslim population previously, however, with CAIR claiming more than 6 million Muslim Americans in 2001. The Pew Center for Research put that figure at about one-third of CAIR's estimate in 2007.

The USCMO also says it has identified 30 "internal challenges to our community" that it plans to address. Two of the three examples listed involve a stronger voice for women and young people. Combating radicalism within the Muslim community is not mentioned on the site.

But it does decry the challenge posed by "a vociferous cabal of extremists increasingly maligns Islam to turn America dangerously against itself. Countering the falsifiers seeking to mislead and betray American society is a communal imperative."

Jasser recently challenged USCMO member CAIR to debate the depth of this alleged Islamophobia in America. "Despite multiple attempts," Jasser writes, "it seems your organization has a fear of engaging in any substantive debate over our areas of ideological disagreement as Muslims and as Americans. Instead, the actions that CAIR has taken against me and our organization have crossed the line of honesty and decency on numerous occasions."

CAIR told Jasser to forget it, in part to avoid "offering you a legitimizing platform." It goes on to lump the AIFD in with the Ku Klux Klan.

CAIR's response is "profoundly unIslamic and cowardly," Jasser said Wednesday in an e-mail to the IPT. In his life, the prophet Mohammed "debated atheists and all who questioned him let alone respectable dissenting Muslims. They are cowards and liars who do not want to risk exposure."

And they don't appear interested in sharing the microphone if it might challenge their political clout. On the USCMO's website, the groups promises that, "When we speak with one clear, communal voice, our advice can help true the direction of American society toward justice. Our well-deliberated and sincerely expressed words for the benefit of the nation can fortify attitudes that propagate harmony between people and institutionalize policies that spread prosperity to all."

So long as they buy in to the Islamist political agenda.

Unless and until the American media, academia and political leadership begin to acknowledge the threat this religious cult represents, Americans will continue to "buy in" to this propaganda. Those of us alerted long before being subject to this onslaught of pure, unadulterated horse manure, that these slithering snakes feed to a vast public audience that has been immersed in this manure at least since 9/11, remain keenly aware of just how dangerous these organizations are and how effective they've been in creating a benign, public image as victims of "Islamophobia."

Add to that a seemingly innate naivete in America that allows us to be convinced that, next to the Jews, we are the most vicious, bigoted, racist, homophobic, misogynistic, terrorist nation in the world and therefore must bend over backwards in supplication to all accusations, no matter how illogical, irrational or absent the supporting evidence. So convinced, that the majority of the "objective" media, like obedient dogs, eagerly and self righteously join in, condemning America for past injustices. And they feel real good about it, happily distancing themselves from the dreaded Islamophobes and completely oblivious to their utter disdain, disrespect and contempt for all other religions except Islam. Somehow, expressions of disrespect and hatred for the country of your birth has become the "in thing," the attitude of choice if you want to be considered sophisticated and worldly and these Muslim radicals nurture and foment this idiocy.

How vulnerable are Americans to obfuscation, deception and blatant lies? Consider the result of the last two presidential election cycles.

Dr. Jasser is one Muslim in a million, figuratively speaking, and that's a problem as well. There must be many more. Where are they? Could it be that in this cult the penalty for blasphemy or apostasy is death and dissidents therefore remain cautious and subdued? Part of the problem here is that, unlike CAIR, ISNA, MAS, MSA, etc., Dr. Jasser is largely ignored or marginalized. The other part is that, among the "Islamophobic" community, there is considerable and justifiable concern that political Islam, dedicated and committed to global hegemony, can never become Dr. Jasswer's religion of peace, tolerance and personal freedom. It is a "religion" of war. War is deceit and these snakes have elevated this tactic to an art form.