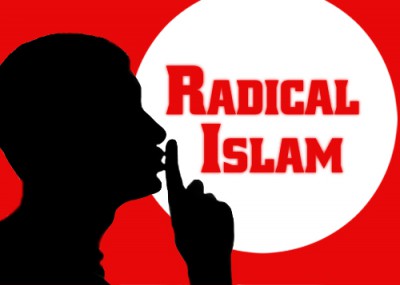 "There's an incessant message that is delivered by radical followers of Islam," the lawyer told the judge, "that one cannot be true to the faith unless they take action, including violent action, most especially violent action … that is a message that can unfortunately take root in individuals who feel like if they don't do something, that they literally will not find salvation under their faith."

That sounds like a prosecutor explaining a terrorist's motive. But, in fact, it is defense attorney Kenneth Troccoli explaining in April why Farooque Ahmed eagerly agreed to scout D.C. Metrorail stops for what Ahmed thought was an al-Qaida bomb plot. And it echoes Faisal Shahzad's defiant rant at his sentencing hearing last October after he pleaded guilty to the failed Times Square bombing.

"This time it's the war against people who believe in the book of Allah and follow the commandments, so this is a war against Allah," Shahzad said. "So let's see how you can defeat your Creator, which you can never do. Therefore, the defeat of U.S. is imminent and will happen in the near future, inshallah, which will only give rise to much awaited Muslim caliphate, which is the only true world order."

Because they believe their actions are sanctioned by a higher power, they see their actions as inherently just. Ramy Zamzam, who led four other young northern Virginia Muslims to Pakistan in an attempt to fight American troops in Afghanistan, summed up that sentiment outside of court in January 2010. "We are not terrorists," he told a reporter. "We are jihadists, and jihad is not terrorism."

Despite these examples of candor, there remains a refusal to acknowledge the role radical Islamic ideology plays in fueling terrorist plots 10 years after the 9/11 attacks. Administration officials take pains to avoid even uttering the phrase "radical Islam."

It appears that the subject of radical Islam has taken a seat next to offensive ethnic humor. It's okay for a member of the group to say it, but it's bigoted if outsiders try it, too.

American Islamist organizations have tried to separate religion from any discussion of terrorism. The Council on American-Islamic Relations (CAIR) joined forces last year with a University of Chicago researcher to hype sales of a book arguing religion is not a factor in suicide terrorist attacks.

A year earlier, after Army psychiatrist Nidal Hasan opened fire at a Fort Hood processing center killing 13 people, CAIR Executive Director Nihad Awad told MSNBC's Chris Matthews that he was "not happy to see that his religion is becoming the subject." Though witnesses heard Hasan shout "Allahu Akhbar" before opening fire, Awad said the shooting spree was merely "an isolated incident by a disturbed individual. All the information we're getting indicates that he is a disturbed individual."

CAIR spokesman Ibrahim Hooper made a similar statement in a separate interview. "Why can't the killer at Fort Hood just be a crazy guy?" he asked. "Don't take it out on American Muslims because you're upset about another issue," he said.

CAIR issued a statement in the wake of the attack saying, "No religious or political ideology could ever justify or excuse such wanton and indiscriminate violence."

Clearly, Hasan believed his did.

Subsequent investigations show he established a long record of radical Islamic behavior, including writing "SOA," or "Soldier of Allah" on business cards and justifying suicide bombings and other terrorist acts during presentations. One presentation was entitled, "Why the War on Terror is a War on Islam."

Other officers reported that Hasan said "his religion took precedence over the U.S. Constitution he swore to support and defend as a U.S. military officer." His superiors refused to report such behavior out of concern they would be labeled Islamophobes.

None of that is mentioned in the Army's report on the Fort Hood massacre, which was blasted by the Senate Homeland Security Committee for a "failure to address violent Islamist extremism by its name signal[s] to the bureaucracy as a whole that the subject is taboo."

It is not an isolated example.

In its new policy paper on countering violent extremism, the White House mentions Islam only in denying that the United States is out to harm the faith itself or Muslim people.

"There is no single profile of an al-Qa'ida-inspired terrorist," the report says, "but extensive investigations and research show that they all believe: (1) the United States is out to destroy Islam; and (2) this justifies violence against Americans. Al-Qa'ida and its supporters spread messages of hate, twist facts, and distort religious principles to weave together a false narrative that Muslims must attack Americans everywhere because the United States is waging a global war against Islam. While al-Qa'ida claims to be the vanguard of Islam, the overwhelming majority of its victims are Muslim."

U.S. Sen. Joe Lieberman, I-Conn. and chairman of the Homeland Security Committee, took issue with the administration's refusal to discuss radical Islam during a speech at the National Press Club Sept. 1.

"We're in a global war that affects our homeland security with Islamist extremists. To call our enemy violent extremism is so general and vague that it ultimately has no meaning. The other term used sometimes is Al-Qaida and its allies. Now, that's better, but it still is too narrow. It focuses us on groups as opposed to an ideology, which is what we're really fighting."

Yet, the White House's National Strategy for Counterterrorism issued in June never refers to radical Islam, instead repeatedly saying that strategies are needed to combat al-Qaida's ideology. Though it describes that ideology as violent over and over again, the document never describes its theological foundations or offers advice on how to show how it can be refuted on religious grounds.

Al-Qaida's ideology "draws on a distorted interpretation of Islam to justify the murder of Muslim and non-Muslim innocents," it says. "Countering this ideology—which has been rejected repeatedly and unequivocally by people of all faiths around the world—is an essential element of our strategy."

That's as far as it goes in outlining the radical Islamic ideology driving al-Qaida and other terrorist groups. Terrorist supporters have been pushing this interpretation for more than 20 years. In 1991, an imam in Cleveland exhorted people to donate cash and jewelry to support the Palestinian Islamic Jihad. To Allah, he said, donors receive the same benefit in the afterlife as the martyr who killed himself waging jihad.

In 2009, a would-be homegrown terrorist told followers they needed to fight to be good Muslims. It is because Muslims abandoned jihad, Daniel Patrick Boyd said in a recording captured by the FBI, that Muslim blood became cheap and infidels pushed them around. "The American troops even occupy the place of our two holy sites, Mecca and Medina. This isn't some fantasy, this is a reality. They are there and they are helping the Jews be in our third holy site, Aqsa. That would be our deen [religion]. This was forbidden by the Prophet on his death bed, he forbid that they can be in Mecca and Medina and there they are. "

Boyd echoed the justification bin Laden offered in a fatwa 20 years earlier in declaring it "an individual duty for every Muslim who can do it in any country in which it is possible to do it" to kill any American or American ally, "in order to liberate the al-Aqsa Mosque and the holy mosque [Mecca] from their grip, and in order for their armies to move out of all the lands of Islam, defeated and unable to threaten any Muslim."

In a 2002 letter to America, bin Laden invoked Quranic passages saying Allah gives victory to those who fight disbelievers. "You are the nation who, rather than ruling by the Shariah of Allah in its Constitution and Laws, choose to invent your own laws as you will and desire," he wrote. "You separate religion from your policies, contradicting the pure nature which affirms Absolute Authority to the Lord and your Creator."

During the Farooque Ahmed sentencing, Troccoli invoked American-born Anwar al-Awlaki, perhaps al-Qaida's most effective recruiter, "who previously preached in this country that that is a message that can unfortunately take root in individuals who feel like if they don't do something, that they literally will not find salvation under their faith."

Awlaki is a major contributor to Inspire magazine, which mixes spiritual messages with specific instructions on how individuals can wage jihad against the United States. The sixth issue, for example, includes a three-page article, "Why Did I Choose Al Qaeda," by Abu Musab al-Awlaki. Among the reasons, "when the kuffar [disbelievers] turned away from listening to the Quran and from reflecting upon it, that action wasn't preventing the establishment of Allah's evidence against them."

The "Open Source Jihad" section starts on the following page. It features a pictorial on firing an AK-47 while standing, seated and even laying down. In addition, detailed directions show how to mix acetone peroxide, which "is a very popular explosive because it is easy to manufacture and its ingredients are widely available."

Investigators found copies of Inspire among Pvt. Naser Jason Abdo's belongings in July after arresting him in what is believed to be a plot to bomb a restaurant popular among personnel at Ford Hood and then shooting any survivors. That plot was thwarted only when a gun shop operator in Killeen, Tex. reported Abdo's suspicious behavior.

The incident shows that, while al-Qaida may be incredibly weakened - even on the brink of defeat – its message girded by Quranic passages, remains globally accessible to impressionable minds. Until the message of radical Islam is confronted and undermined, the terrorist threat continues to lurk over America and the West.

"To win this struggle, it is vital to understand that we're not just fighting an organization Al-Qaida, but we are up against a broader ideology, a politicized theology, quite separate from the religion of Islam that has fueled this war," Lieberman said earlier this month. "Success in the war will come consequently not when a single terrorist group or its affiliates are eliminated, but when broader set of ideas associated with it are rejected and discarded. The reluctance to identify our enemy as violent Islamist extremism makes it harder to mobilize effectively to fight this war of ideas."