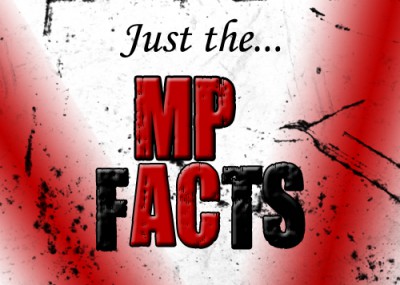 Few organizations in the United States have been as consistent in attacking law enforcement as the Muslim Public Affairs Council and its president, Salam al-Marayati.

Marayati, who attended last year's White House Iftar Dinner during Ramadan, has suggested that Muslim Americans are at war with both al-Qaeda and the FBI. "We in the Muslim American community have been battling the corrupt and bankrupt ideas of cults such as Al Qaeda," he wrote in October in the Los Angeles Times." Now it seems we also have to battle pseudo-experts in the FBI and the Department of Justice."

Marayati was incensed over reports that the FBI and one U.S. Attorney's office had used training materials "revealing a deep anti-Muslim sentiment within the U.S. government." One example was a 2010 presentation by an analyst working for a U.S. Attorney in Pennsylvania which warned of a civilizational jihad that is "waged today in the U.S. by 'civilians, juries, lawyers, media, and charities'" who "threaten our values."

Marayati warned that if U.S. law enforcement continues to use such "incorrect and divisive" literature, the "partnership" between Muslim Americans and law enforcement "will slowly disintegrate."

"Such baseless and inflammatory claims shall best be left to those few who share Al Qaeda's agenda," Marayati wrote. "In other words, the rhetoric of Al Qaeda and those law enforcement trainers are opposite sides of the same coin of hate."

But the concept of civilization-jihad is not something conjured up by a consultant as a pretext to oppress Muslims. During the 2008 Hamas-financing prosecution of five former officials of the Holy Land Foundation for Relief and Development (HLF), FBI Agent Lara Burns testified about a 1991 internal memorandum outlining the agenda of the Muslim Brotherhood-connected "Palestine Committee" which was created to advance the Hamas agenda in the United States.

"The process of settlement is a 'Civilization-Jihadist Process' with all the word means," the memo read. "The Ikhwan must understand that their work in America is a kind of grand Jihad in eliminating and destroying the Western civilization from within and 'sabotaging' its miserable house by their hands and the hands of the believers so that it is eliminated and God's religion is made victorious over all other religions."

The five HLF officials were convicted on all charges by a federal jury in Dallas and sentenced to long prison terms.

Despite its long record of attacking law enforcement efforts to protect the American people from jihadist violence, MPAC has gained influence within the Obama administration. The group's Washington office director, Haris Tarin, has frequently attended White House events, including its Iftar Dinner last Ramadan and President Obama's 9/11 Memorial at the Kennedy Center. In July, Obama personally telephoned Tarin to commend him for MPAC's work.

And in recent months, MPAC, working in tandem with other Islamist organizations, has repeatedly pushed in order to bend U.S. government policies to its will.

In February, MPAC joined the Islamic Society of North America (ISNA) and other groups in meeting with FBI Director Robert Mueller to discuss purportedly anti-Muslim materials in Bureau training manuals.

MPAC's website linked to an article which said the FBI had destroyed hundreds of terrorism documents in an effort to root out "Islamophobia." The purged materials included articles and PowerPoint presentations defining jihad as "holy war" and describing the Brotherhood's efforts to achieve world domination.

In April, MPAC and Muslim Advocates sprung into action after White House counterterrorism advisor John Brennan expressed "his full confidence that the NYPD is doing things consistent with the law, and it's something that again has been responsible for keeping this city safe over the past decade."

MPAC responded to Brennan's statement with a call for "immediate public clarification" along with a threat. Much as Marayati did in the Los Angeles Times op-ed cited above, Tarin suggested Muslims would cease cooperating with law enforcement if surveillance policies were not changed to MPAC's satisfaction.

"There are plenty of robust partnership models that both communities and the government have invested in and those partnerships will be jeopardized if NYPD's current tactics are not halted, and its programs are not adjusted to more successful initiatives," Tarin warned.

Four days after MPAC laid down the law, the Obama administration caved and issued a clarification of Brennan's comments. The counterterrorism chief had "never approved of described press accounts of alleged NYPD surveillance," a White House official said.

In earlier comments praising the police department, Brennan "wasn't referring to the NYPD surveillance" that had come under attack from Islamist groups like MPAC and Muslim Advocates, the official added. "Rather, he was stating that everyone in the counterterrorism and law enforcement community must make sure we are doing things consistent with the law."

Non-Islamist Muslims like Zuhdi Jasser, founder and president of the American Islamic Forum for Democracy are a top target of MPAC attacks.

A first-generation American Muslim whose parents fled Syria's Ba'athist dictatorship in the 1960s, Jasser served 11 years as a U.S. Navy medical officer. He believes that the jihadist terror threat cannot be addressed without addressing the role of "political Islam" as practiced by groups like the Council on American-Islamic Relations (CAIR).

Jasser has called on Muslims to oppose people like Muslim Brotherhood-linked cleric Yusuf al-Qaradawi, who has said it is permissible to kill apostates, and Jamal Badawi of the Islamic Society of North America (ISNA), who has said apostates should be "punished." According to Jasser, the jihadists won't be defeated until Muslims start to realize that they are on a "slippery slope" toward radicalism.

This kind of talk has earned Jasser the enmity of groups like MPAC, which sent out a March "action alert" urging supporters to protest his appointment to the U.S. Commission for International Religious Freedom (USCIRF), calling it "an affront to all Muslims." The group directed its Twitter followers to a petition circulated by Islamist groups, copying its claim that "Zuhdi Jasser does not belong on the USCIRF."

While it treats fellow Muslim Americans like Jasser with contempt and works to marginalize them, MPAC is frequently deferential to rogue states and terrorists.

Last month, it reposted an article suggesting that convicted terrorist Tarek Mehanna was only exercising his freedom of speech when he translated and posted al-Qaida recruitment videos, and that Muslims have the right to kill American forces in Afghanistan and Iraq. The article, published in Britain's Guardian newspaper, was linked from MPAC's Twitter feed and Facebook page.

The writer, Marine veteran Ross Caputi, argues that Mehanna, "is being punished for his ideas, and the case against him stinks of a lynch-mob mentality." Describing Mehanna, now serving a 17-year prison term, as a "victim" of a " hysterical witch-hunt for 'radical' Muslims," Caputi agrees with the convicted terrorist "that much of what the US military has done in Iraq and Afghanistan can be characterized as terrorism, and I support Afghans and Iraqis who fight back against us."

In February, MPAC reposted on its Twitter and Facebook pages an article in which Iran's repressive regime gloated over the fact that an Iranian film won an Oscar, defeating an Israeli film in the same category.

In a Feb. 29 appearance on Russia Today's Cross Talk program, al-Marayati depicted Iran (which is flouting international law with its illicit nuclear-weapons program) as the victim in the current diplomatic crisis.

"With other countries, we utilize the IAEA (International Atomic Energy Agency), we use multilateral instruments to deal with the nuclear problem," al-Marayati said. "In this case with Iran, there is no dialogue, there is (sic) no negotiations , it is all confrontational policies that is part of a war-mongering mentality here in the U.S. and they're just waiting for the tripwire and then the machinery of war will begin."

Al-Marayati also suggested that the United States was in trouble for doing "dirty work" for Israel.

"The other point here, which is very important historically, the United States has done a lot of dirty work that has served the interests of Israel," he said. "It destroyed Iraq. It supported the destruction and crippling of Egypt. It has crippled the Gulf. And now, it is looking to Iran as the next target for crippling and destroying. I think this is madness. Who is driving our foreign policy? President Obama or Prime Minister Netanyahu?"

MPAC officials have also appeared on Press TV, the Iranian regime's English-language propaganda outlet, at least six times since November 2010, always criticizing U.S. government policies or complaining about the plight of Muslims in the U.S.

MPAC has a history of excusing terrorist attacks against Americans and questioning U.S. government actions against terrorists and their financiers.

In a 1999 paper, it called Hizballah's bombing of U.S. Marine barracks in Beirut in 1983, in which more than 280 American servicemen were killed as they slept, "a military operation, producing no civilian casualties – exactly the kind of attack that Americans might have lauded had it been directed against Washington's enemies." Other MPAC policy papers have criticized the presence of Hizballah, Hamas, and Palestinian Islamic Jihad on the U.S. list of terror groups.

MPAC questioned Washington's targeting of U.S.-born cleric Anwar al-Awlaki, an al-Qaida ideologue and facilitator of attacks against America. After Awlaki was killed in a Sept. 30 drone strike, MPAC rejected his message of violence while questioning his killing "without a trial and due process."

In 2001, MPAC blasted the Treasury Department for designating the HLF for its Hamas fundraising activities. It accused Washington of "taking food out of the mouths of Palestinian orphans" and "succumbing to politically-motivated smear campaigns by those who would perpetuate Israel's brutal occupation."

At a MPAC's December 2010 annual conference, senior MPAC official Maher Hathout portrayed critics of radical Islam as "Muslim bashers." Ignoring a slew of homegrown terror plots targeting the United States that year, Hathout tried to whitewash the connection between jihad and violence – even though terrorists themselves invoke Islam to justify their violent jihad.

"I am so protective of the word and concept of jihad," Hathout said. "We define what jihad is, not anyone else, and jihad has nothing to do with what they are talking about."

He made this comment shortly after Awlaki took to the pages of al-Qaida's Inspire magazine to argue that Western Muslims must wage violent jihad in order to topple non-believers.