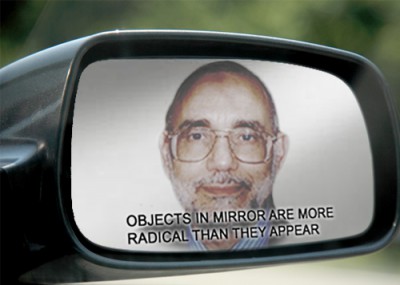 Jamal Badawi is scheduled to speak during three sessions at ISNA's East Regional Conference in Tampa this weekend. Among them, "Understanding Shari'ah: Sacred Principles in Striving for the Human Development."

Badawi, a member at large on ISNA's governing board, is deeply rooted in the Muslim Brotherhood's North American infrastructure, records show. He is listed on the first page of a 1992 telephone directory of Brotherhood members. He also was founding member of the Muslim American Society (MAS), identified as the Brotherhood's U.S. arm in a 2004 Chicago Tribune story.

"Everyone knows that MAS is the Muslim Brotherhood," Abdurrahman Alamoudi testified in a Virginia courtroom last month. Alamoudi, once the nation's most influential Muslim political figure, acknowledges his own Brotherhood involvement.

Brotherhood members also created ISNA in 1981 as an outgrowth of the Muslim Students' Association.

The Brotherhood, founded in Egypt in 1928, has surged to power in recent Egyptian elections and has a global Islamic state, or Caliphate, as its ultimate goal. Its American arm cited an educational program Badawi ran in 1991 as a foundation for "dawa," or proselytizing, in America. That same document described the Brotherhood's work in America as "a kind of grand Jihad in eliminating and destroying the Western civilization from within and 'sabotaging' its miserable house by their hands and the hands of the believers so that it is eliminated and God's religion is made victorious over all other religions."

Badawi's comments over the years show he views Islam as superior to democracy and that he defends violent jihad, including suicide bombings, as a form of martyrdom. Such statements, in addition to his Brotherhood connections, make it difficult for ISNA to claim that it has shed its radical past and MB ties.

During a February 2009 speech on "Understanding Jihad and Martyrdom," at the Chebucto Mosque in Halifax, Nova Scotia, Badawi explained that Gaza-based terrorists were fighting a jihad and that those who were killed were martyrs. He railed against those who criticized the terrorists or cooperated with the Israelis, saying that it was an 'excess' by more moderate Muslims to come out against their brothers fighting the Jewish state.

"One of those form of excesses is that noble mujahideen, those who strive in the path of Allah, who are really worthy of the term Shuhadaa – martyrs – have been attacked or accused [of being terrorists], not only by their enemies, but by those who are amongst the people who are included in the broader description of the Ummah," he said.

"They [moderate Muslims] made this accusation, but they did not even stop at accusations, they did cooperate with the enemies of humanity, to kill their own brothers and sisters," he added, stating that those that fought against Muslims were "sub-contracting, on behalf of the usurpers of Muslims' land, right, and heritage."

Badawi also explained that the Western media was guilty of hypocrisy when it referred to Gaza "martyrs" fighting the Israelis, as terrorists.

"In the Western world, however, we find that the media, which is both misled and misleading, and those who are behind that media, they continued also to falsify and distort this noble concept of martyrdom, equating it with what they call terrorism, fanaticism, violence, and so on," he said.

The Western media readily agrees that someone who "or prefers death in defense of some value, of some cause," that is a good thing. However, "when that choice is that of a Muslim, and he chooses death rather than weakness, rather than accepting aggression and selling their rights, no, no, no, that doesn't apply here," he said.

"But there is one form of combative jihad that is permissible only for self-defense against unprovoked aggression or to resist severe oppression, such as people being driven from their homes like the Palestinians and dispossessed," he said in a March 2010 speech.

In June 2006, he led an Islamonline.net dialogue session called "Martyrdom in Islam: Let's Discuss it." In it, he compared suicide bombers fighting oppression to "freedom fighters" fighting the Nazis or the Japanese kamikazes fighting the Americans. At a 1999 Muslim student conference held at the University of Maryland, Badawi said that "resistance" was really an act of heroism. "So when an act of heroism like that is required to save others it is self-sacrifice you cannot really call it suicide. What Islam condemns is suicide in the negative sense. That's my understanding."

He likened Palestinian attacks on Israeli soldiers to the French resistance against the Nazis and urged people not to wilt in the face of criticism of such violence.

"But what makes me really surprised is the intimidation in the media and by politicians that you people, not Arabs, not Muslims even, who know of this hypocrisy are not speaking up for fear of being branded as oh supporters of terrorism," he said at the University of Maryland conference. This is childish. This is childish. This we should not support terrorism by victimizing the innocent people but we should support freedom fighters anywhere who have been wronged."

He also has openly questioned whether Islam and democracy are compatible. "The Qur'an and Prophetic tradition are the ultimate constitution," he wrote in 2004.

Because Islam was given by God, "It's not something that anyone can update or change or supersede in any way; it is free from error or else, of course, there wouldn't be any belief in God. On the other hand, other systems, whether they are democracy, socialism, or otherwise, are man-made ideas or ideologies."

The practical effect of that attitude came during the 2006 controversy surrounding the publication of Danish cartoons depicting the prophet Muhammad. Badawi compared the publication to Holocaust denial, arguing it was beyond the limits of free speech.

During a MAS conference in Los Angeles the same year, Badawi preached that democracy falls short of what Islam offers. It is "not only for the problems of any particular society, America or otherwise but the solution for the world…. And we believe that Islam is the only solution not only to the problems of America but to the malaise of the world at large."

ISNA is active in interfaith outreach and has been embraced by government officials as a voice of moderation for Muslim Americans. But the continued prominence of someone with a record of radical connections and views as deep as Badawi's history raises legitimate concerns over the organization's commitments to peace and democracy.