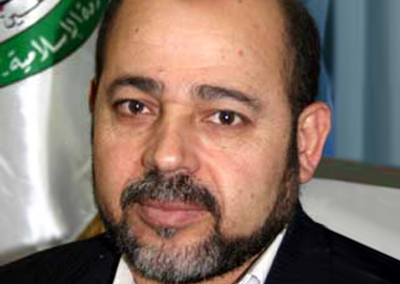 Born in 1951 in Rafah in the Gaza Strip, Marzook went to Cairo to study engineering and received a degree from Ein Shams University in 1977.[2] Marzook moved to the United States to pursue a Ph.D. in engineering.[3] After leaving the United States in 1992, he moved to Jordan where he lived until being expelled in 1995.[4] While living in Jordan, Marzook is suspected of having played a significant role in planning and coordinating numerous terrorist attacks within Israel.[5] On July 25, 1995 after his expulsion from Jordan, Marzook was arrested at John F. Kennedy International Airport in New York, where he was detained by authorities until being returned to Jordan in 1997.[6] Following a nationwide crackdown on HAMAS activities within the country, he was once again deported by Jordanian authorities in 1999.[7]

Marzook left a significant legacy in the United States. During his tenure in the US, he created an extensive network to support HAMAS' terrorist activities. In addition to serving on the board of directors of the Islamic Association for Palestine, which courts have found "desired to help HAMAS activities succeed" and acted on that desire,[8] he also founded a think-tank called the United Association for Studies and Research (UASR).[9] Marzook also provided the Holy Land Foundation (HLF), with $210,000 in initial funding;[10] and channeled $250,000 in investment capital to Infocom, a Texas-computer business run by relatives of Marzook's wife.[11]

Federal prosecutors say the IAP, UASR and HLF the were created by the Muslim Brotherhood's Palestinian Committee in the United States "to comprehensively address Hamas' needs."[12]

On December 17, 2002, Infocom and its leaders (five members of the Elashi family) were indicted for engaging in financial transactions with Libya, Syria, and Musa Abu Marzook.[13] According to the indictment, Infocom received at least $250,000 from accounts controlled by Marzook.[14] Infocom was found guilty on all ten counts with which it was charged.[15]

Marzook's connections with HLF were among the factors cited in December 2001, when President Bush froze the charity's assets due to its alleged financial support for HAMAS.[16] In August 2004, Marzook, along with two suspected Hamas operatives, Abdelhaleem Al-Ashqar and Muhammad Salah were indicted on Hamas racketeering charges.[17] Ashqar and Salah were acquitted of conspiracy to support terrorists but Salah was sentenced to 21 months in prison for lying under oath in a civil lawsuit. Ashqar will be sentenced soon after being convicted of criminal contempt for refusing to testify to a federal grand jury.[18]

[6] In the Matter of the Extradition of Mousa Muhammad Abu Marzook, 95 Cr Misc. 1, US District Court Southern District of New York, (USDC-SDNY, August 7, 1995, Sealed Complaint); Neil MacFarquhar, "Terror Suspect Freed by US; Flies to Jordan," The New York Times, May 6, 1997.

[15] "INFOCOM CORPORATION AND ITS OPERATORS SENTENCED IN FEDERAL COURT;