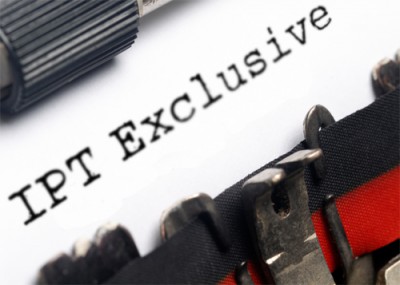 The news release from the American Arab Anti-Discrimination Committee (ADC) depicts a family torn apart by a heartless bureaucracy. Two brothers, stateless Palestinians, were "taken by ICE and the U.S. Air Marshalls (sic) from their children in Texas and sent to Egypt," where they are not welcome.

The release conveyed the ADC's "extreme disappointment" over the move. "The actions of DHS and ICE are alarming, troubling, and intolerable. ADC has demanded, and will continue to demand, a clear explanation as to why these brothers were deported," said ADC Legal Director Abed Ayoub.

The brothers are never named. If they were, the explanation would be quite clear.

The Investigative Project on Terrorism has confirmed that the men deported last week are Bayan and Basman Elashi. Both are convicted felons tied to a terror-financing network based out of Dallas. And both had final orders of deportation issued against them in 2008 and 2009 that were never appealed, immigration records show.

Yet another brother, Ghassan Elashi, was a founder and chairman of the Holy Land Foundation for Relief and Development (HLF), an American fundraising arm for the Palestinian terrorist group Hamas. HLF was part of the "Palestine Committee," an umbrella organization created by the Muslim Brotherhood in America to help Hamas politically and financially. Basman Elashi, along with brothers Ghassan and Hazim, also appears on a telephone list of Palestine Committee members. Basman's entry is just above Nihad Awad, founder and executive director of the Council on American-Islamic Relations.

The Elashi brothers also worked for Infocom, a webhosting company in Richardson Tex. Prosecutors say the company received $250,000 from Hamas leader Mousa Abu Marzook, who was indicted in the case.

Ghassan Elashi is serving a 65-year sentence after being convicted in the HLF case.

The ADC did not find any of this information significant enough to mention. Rather, it claimed that the deportation was done clumsily, with the Elashis essentially dumped on a tarmac with no place to go.

"The brothers do not have permission to stay in Egypt. Further, due to the blockade of Gaza and Israeli polices they cannot enter Palestine. The brothers are currently detained at the airport in Cairo, and appear likely to be detained indefinitely."

Standard procedure in any deportation case is for Immigration and Customs Enforcement to work with the host country before the person is sent back. It isn't clear whether the claims about the Elashis being detained at the airport are true.

However, the Rafah crossing between Egypt and Gaza is open five days each week, and Hamas Prime Minister Ismail Haniyeh expressed confidence Thursday that the new Muslim Brotherhood-led government in Egypt soon will open it permanently, allowing them to cross into Palestinian territory.

In addition, Ayoub decried "the deplorable living conditions in Gaza resulting from an illegal blockade," and questioned why the Elashis would be sent there. Israel's blockade of Gaza, stemming from Hamas's takeover of the territory and subsequent campaign of rocket fire at Israeli civilian communities, was declared legal by a United Nations review because "Israel faces a real threat to its security from militant groups in Gaza." In addition, while Gaza is economically in turmoil, the Red Cross has said there is no humanitarian crisis there. In fact, some aspects of life appear relatively comfortable.

The ADC is considered a respectable organization. President Obama took the time to deliver a recorded message for the group's recent convention.

In this case, however, it has issued an alert that seems deliberately misleading in order to take a shot at the Department of Homeland Security and cast the plight of the Elashis in a sympathetic tone that doesn't match their records.