On Death and Palestinian Culture 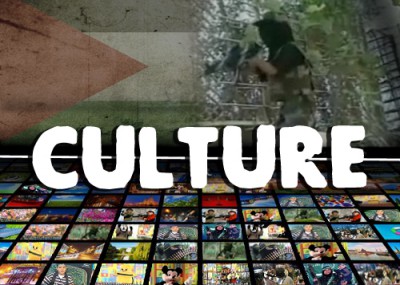 Presidential candidate Mitt Romney is taking criticism for remarks about culture in explaining Israel's economic success compared to Palestinians' during a speech in Jerusalem Monday.

While Romney denied on Tuesday that his reference was a criticism about Palestinian culture, Palestinian leaders immediately slammed the comment. Palestinian Authority spokesman Saeb Erakat calling it "a racist statement" that ignores the effect occupation has on the Palestinian economy.

What makes Palestinians a unique race has not been explained. But just imagine the outcry if a sitting government official described Palestinians as developing methods "of death and death-seeking. For the Palestinian people death has become an industry at which women excel."

If a passing reference to "culture" set off Palestinian ire, what might they say about an official saying death is a Palestinian "industry?"

In this case, the comment drew no criticism. It came from Hamas MP Fathi Hammad in remarks broadcast on Hamas' Al-Aqsa television in 2008. According to a translation by the Middle East Media Research Institute (MEMRI), Hammad told the enemies of Allah that they "do not know that the Palestinian people has developed its (methods) of death and death-seeking. For the Palestinian people death has become an industry at which women excel and so do all the people living on this land. The elderly excel at this, and so do the mujahideen and the children. This is why they have formed human shields of the women, the children, the elderly and the mujahideen in order to challenge the Zionist bombing machine. It is as if they were saying to the Zionist enemy: 'We desire death like you desire life.'"

That line – Palestinians desiring death more than Israelis value life – is invoked often by Palestinian leaders, their supporters and in their media. Three years before Hammad's comments, Hamas commander Raed Sa'ad summed up the distorted educational values that have been successfully instilled in the Palestinian younger generation.

"We have succeeded, with Allah's grace, to raise an ideological generation that loves death like our enemies love life," he said.

Such a message cannot be helpful in luring foreign investors. Political pundits are free to debate the wisdom of Romney's statement as a candidate for president, but abundant examples exist to show that Palestinian culture has embraced a celebration of violence and death in its educational and civic programs.

PA Prime Minister Salam Fayyad is credited for working to reverse this tide, building a growing economy on the West Bank and countering the Islamists' violent and extreme agenda. But the PA continues to undermine this effort by glorifying suicide bombers and naming schools, camps and sporting events after terrorists. For example, Palestinian Media Watch (PMW) listed more than a dozen West Bank institutions in 2010 that are named for Dalal Mughrabi, who led a team that hijacked a bus packed with tourists in 1978, killing 37 people – 12 of them children – as the terrorists shot passengers and lobbed grenades at passing cars in what is known as the Coastal Road Massacre, one of the worst terrorist attacks in Israel's history.

Another PMW report in December showed how a youth magazine underwritten by the Palestinian Authority offset a generally positive message by publishing a student's praise for Adolph Hitler for killing Jews. Another article hailed a "mighty Jihad fighter [who] died as a Martyr and Jerusalem is proud of its heroes... Victory, victory, victory..."

Children's programming on the Hamas-run Al-Aqsa television has featured a series of characters in recent years extolling the virtues of martyrdom and liberating Palestine from the "filthy" Jew – "enemies of Allah" – on a program called "Pioneers of Tomorrow." MEMRI has showcased a succession of characters and their violent messages for young Palestinians. It started with Farfour, a Mickey Mouse rip-off who was shown being beaten to death by a character playing an Israeli in June 2007. The host, a young girl, told the children watching that Farfour was "martyred at the hand of the criminals, the murderers, the murderers of innocent children."

He was succeeded two weeks later by Nahoul, a bee, who vowed "to continue the path of Farfour, the path of Islam, of heroism, of martyrdom, and of the mujahideen. Me and my friends will follow in the footsteps of Farfour. We will take revenge upon the enemies of Allah, the killers of the prophets and of the innocent children, until we liberate al-Aqsa from their impurity."

Children were shown Nahoul's death seven months later. He was replaced by Assud, a pink rabbit, who mourned Nahoul and asked the young host, ""We are all martyrdom seekers, are we not, Saraa?"

"Of course we are," she replies. "We are ready to sacrifice ourselves for the sake of our homeland ... We will liberate al-Aqsa from the filth of those Zionists."

In 2009, yet another character, a bear named Nassur, pledged to "join the ranks of the 'Izz Al-Din Al-Qassam Brigades [the Hamas military wing] and I will wage Jihad among them, and I will carry a gun," a MEMRI translation shows.

As if that were not enough, a 2007 episode featured a segment called "The Gifted," showed a child purported to be 2 years old, dressed in camouflage, acting out maneuvers with a toy automatic rifle.

"God planted in his heart love for our country so he'll become a holy warrior," the child host says. "For he has chosen this path and in his young age came to love the training methods of Holy Warriors and 'Shahids' (Martyrs) who serve God's ways. Let's see what the kid does. Let's get to know him."

After the video, the host explains "Our friend Ahmad continues in this path as do all Palestinian children ... We'll wear the 'battle-vest of self-sacrifice (explosive belt) and follow the path of the Shahids."

This is not to say all Palestinians agree with the message, or that it is the sole cause of Palestinian economic problems. But it is a theme consistently set by elected leaders of both Hamas in Gaza and of the Palestinian Authority in the West Bank.

It bears repeating that the Hamas charter specifically rules out any peaceful settlement in the conflict with Israel, saying "There is no solution for the Palestinian question except through Jihad. Initiatives, proposals and international conferences are all a waste of time and vain endeavors."

In response to Romney's statement, Palestinians blamed Israeli occupation. But after Hamas took over Gaza after Israel's unilateral withdrawal, the group opted to rain thousands of rockets on civilian communities in Israel, drawing both retaliation and an embargo aimed at keeping Hamas from importing materials to make more weapons.

A United Nations report found that the embargo is legal and rooted in "a legitimate security measure in order to prevent weapons from entering Gaza stopping weapons from being smuggled,"

And despite actions by the West in shutting down the airing of programs such as these, the incitement and spreading of conspiracy theories continue.

Leaders in both territories gave heroes' welcomes to terrorists freed last fall in an exchange with Israel. More than 1,000 terrorists, many with blood on their hands, were set free in exchange for Hamas' release of Israeli soldier Gilad Schalit, who had been kidnapped five years earlier.

Throngs of cheering people turned out to welcome the prisoners amid celebratory gunfire and Hamas Prime Minister Ismail Haniyeh greeted many of them personally.

Hamas deputy chief Mousa Abu Marzook hinted darkly that more kidnappings would follow. "The rest of the prisoners must be released because if they are not released in a normal way they will be released in other ways."

There is more to Palestinian culture than this. But the celebration of death and violence is far from isolated.

In a speech about women's rights in Islamist countries, Muslim reformist Irshad Manji drew information from Martin Luther King in noting a difference between equality among people and equality among cultures.

"[J]ust because human beings are equal, it does not mean cultures are, too," she said. "Cultures are not born, cultures are constructed... There's nothing sacred about culture, which means there's nothing blasphemous, sacrilegious, or inconceivable about reforming ... aspects of it."

Palestinian leaders need to find the courage to admit that glorification of violence is rampant in their society and do more to root it out. It's the right thing to do, and it may help build their economy.

They do not have culture or industry. The only thing they are expert: spreading terrorism"