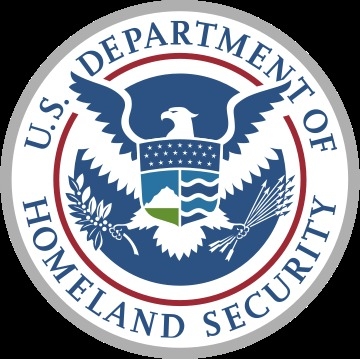 Last summer, the Commerce Department severed a partnership with the Council on American-Islamic Relations (CAIR) to work on 2020 United States Census only after the Investigative Project on Terrorism (IPT) reported on it.

CAIR's roots in a Hamas-support network prompted the FBI in 2008 to determine that the organization is not "an appropriate liaison partner," a senior FBI official wrote.

No one is questioning the need to enhance security for religious institutions. But the federal government especially needs to be careful about which organizations it entrusts with public money. The Census partnership and the DHS grants indicate that is not what is taking place.

Prosecutors wrote in 2007 that CAIR was part of a conspiracy to support Hamas financially and politically – "a conspiracy from which CAIR never withdrew."

The same people who ran CAIR when that statement was made continue to ead CAIR today. The FBI policy prohibiting outreach interactions with CAIR and its officials that was imposed in 2008 as a result of the evidence linking CAIR to Hamas remains in effect.

That might be why the Commerce Department dropped its Census partnership with CAIR. DHS's reasoning isn't clear.

Dar al-Hijrah's radical ties have drawn law enforcement attention for years. As the IPT reported in 2010, the U.S. Census signed a $582,000 lease with the mosque even though law enforcement believed it was "associated with Islamic extremists" and was "operating as a front for Hamas operatives in U.S."

The mosque once was home to the late American-born al-Qaida ideologue Anwar al-Awlaki. Board member and former mosque vice president Esam Omeish was forced to resign from a Virginia immigration board in 2007 after video obtained by the IPT showed him praising Palestinians for learning "that the jihad way is the way to liberate your land."

Board member Akram Elzend is a co-founder of the Muslim Brotherhood-linked Egyptian Americans for Democracy and Human Rights (EADHR). Dar al-Hijrah Imam Shaker Elsayed also is an EADHR co-founder. Elsayed has a history of radical statements, including his 2013 call for Muslim men to be "the first in jihad line."

Being called a terrorist, he said, just comes with the obligation.

"You are a terrorist because you are a Muslim," Elsayed said. "Well give them a run for their money. Make it worth it. Make this title worth it, and be good a Muslim."

It's a message consistent with Elsayed's 2002 argument that the label "suicide bomber" was unfair.

"To decide that this man is a martyr or not a martyr, it is a pure religious matter," he said at a conference co-sponsored by the Muslim American Society (MAS) and the Islamic Circle of North America. "Nobody who is not Muslim has any right to decide for us, we the Muslims, whose is a martyr or another. We as Muslims will decide that. It is in-house business."

Elsayed remains a Dar al-Hijrah imam despite that rhetoric. As Hughes pointed out, Elsayed "was pushing the virtue of female genital mutilation" in 2017.

Without cutting off the tip of the clitoris, Elsayed said in a sermon, "hyper-sexuality" can overcome young women. Banning the practice is a mistake, he said, because that can "end up causing a lot of damage on the other extreme side of the sexual life of a woman."

The mosque received heavy criticism after Elsayed's comments were reported. He apologized and was briefly suspended. But he remains a significant leader at the DHS grant-winning Dar al Hijrah despite repeated extremist statements made over the course of two decades.

In a column earlier this month warning that DHS security grants could benefit radical Islamist groups, Westrop's colleague David Swindle recommended amending the grant program "to increase the presence of trained local police, instead of dangerous and unprofessional faith-based patrols. The fungibility of funding to Islamist groups must also be considered; every taxpayer dollar dispensed to these groups frees up funding for other extremist activities."

Some basic vetting of grant applicants might be a good idea, too.