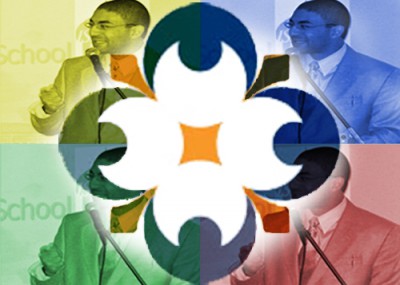 Chicago has been home to key Hamas operatives for more than 20 years. It was home to the Islamic Association for Palestine, which served as the terrorist organization's American propaganda arm. It was home to Mohammed Salah and Abdelhaleem al-Ashqar, both of whom were key Hamas financiers.

Now, Mayor Rahm Emmanuel has turned to a key cog in the wheel of domestic Hamas support for a new city panel aimed at making the city more immigrant friendly.

Ahmed Rehab, the head of the local Council on American-Islamic Relations' (CAIR) Chicago chapter, is among 50 people appointed last week to the mayor's "New Americans Advisory Committee." The committee is charged with developing "a roadmap that will ensure Chicago continues to thrive and grow and attracts the world's leading human capital to compete in the 21st century global economy and beyond."

He was White House chief of staff when it became known that the FBI had broken off communication with CAIR in 2008 over concerns about the organization's roots in a Hamas-support network. CAIR founders Omar Ahmad and Nihad Awad are included in a telephone list of "Palestine Committee" members (Ahmad is identified as "Omar Yehya"), and CAIR was listed in internal records as a specific committee arm.

Other internal records show that the Palestine Committee was created by the Muslim Brotherhood to help Hamas "with what it needs of media, money, men and all of that."

An FBI official wrote to inquiring U.S. senators in 2009, explaining that "until we can resolve whether there continues to be a connection between CAIR or its executives and HAMAS, the FBI does not view CAIR as an appropriate liaison partner."

Yet, Emmanuel appointed the head of the group's Chicago office to the committee on immigrant policy.

Although none of the evidence cited by the FBI implicates Rehab specifically, he has established a record of echoing CAIR's national leadership in refusing to condemn Hamas as a terrorist group and in reflexively opposing law enforcement counter-terrorism investigations.

Five former HLF officials were convicted in 2008 on more than 100 total counts related to illegally funneling more than $12 million to Hamas-tied charities in the West Bank and Gaza. Rehab dismissed the prosecution theory in the case as ludicrous and said the evidence amounted to nothing more than "textbook guilt by association."

But U.S. District Judge Jorge Solis, who saw all the testimony and evidence, came to a different conclusion. "The purpose of creating the Holy Land Foundation was as a fundraising arm for Hamas," he said during a sentencing hearing.

In a separate ruling, Solis found that the prosecution provided "ample evidence" tying CAIR and other organizations to Hamas.

Rehab paid no attention to those court exhibits in criticizing the case, and later in criticizing the state's decision to rescind Mustapha's appointment for the chaplain position. Instead, he blamed the messenger, the Investigative Project on Terrorism, for exposing Mustapha's connections.

"Our concern is that the Illinois State Police is kowtowing to articles online published by notorious anti-Muslims who have been in the business of smearing Muslim activists leaders and Imams for the longest time," Rehab said. Mustapha is "a man of great integrity."

That's not the first time Rehab stood stubbornly behind people tied to Hamas support despite the available evidence.

During a 2007 town hall gathering in Texas, he accused the government of a "political persecution" of Muhammad Salah, who admitted to Israeli authorities in 1995 that he was a Hamas member. Though the United States designated Salah as a terrorist, Rehab described him as "a decent individual" and a "man we hold dear."

In a column, Rehab said Salah merely "supplied charitable aid to the most vulnerable factions of his occupied and war-ravaged country of origin, Palestine."

Rehab offered a similar argument during a 2006 interview with the BBC in which he refused to condemn Hamas as a terrorist organization. He does condemn "the blowing up of Tel Aviv pizzerias or cafes," he said, but not "the hospitals run by Hamas, or the schools that help children learn."

That argument, that a terrorist organization's social wings can be considered separately from its terrorist branch, was rejected by the U.S. Supreme Court in a 2010 decision that found support for non-violent programs run by terrorist groups "frees up other resources within the organization that may be put to violent ends. It also importantly helps lend legitimacy to foreign terrorist groups—legitimacy that makes it easier for those groups to persist, to recruit members, and to raise funds—all of which facilitate more terrorist attacks."

Last month, Rehab went on national television to condemn the New York Police Department's surveillance activities within Muslim communities. The work was almost entirely conducted in public venues – on streets and open Internet sites – but during an appearance on "The O'Reilly Factor" to discuss a lawsuit against the NYPD, Rehab invoked purported wiretaps and "illegal spying activity" that was never alleged in a series of media reports on the department.

"First of all, this program is unconstitutional," he said. "It's also un-American. Essentially, the pilgrims crossed an ocean to avoid this kind of religious harassment, as one of the plaintiffs actually said. And, you know, this program was targeting individuals and essentially the entire community; restaurants, businesses, mosques, cab drivers, veterans, school groups. They weren't going after criminal leads as law enforcement ought to do, or after suspicious leads, but rather, [an] entire community based solely on religious affiliation and political opinions."

His comments came three weeks after New Jersey Attorney General Jeffrey Chiesa announced that his review of the program found no laws had been broken. That result satisfied Gov. Chris Christie, who initially expressed anger that the NYPD surveillance crossed into his state. "If that's what [Chiesa] determined, Christie said, "it's good enough for me."

The same tactics are used to stop everyday criminal networks, from drug dealers and gangs to human trafficking, Silber wrote.

Surveillance of public places is part of court-approved guidelines, he wrote, and anything involving undercover officers was done "only on the basis of a lead or investigation reviewed and authorized in writing at the highest levels of the department" (emphasis original).

Rehab's appointment is the latest in a series of actions by Chicago officials embracing CAIR despite its disturbing roots and record of hostility toward law enforcement. In January, Emmanuel lauded CAIR, saying the Chicago chapter "has provided a comprehensive array of invaluable services to the Muslim-American community and has facilitated important partnerships and civil rights advocacy opportunities for Muslim-Americans throughout the Chicagoland area."

Mustapha, who has helped CAIR raise hundreds of thousands of dollars at fundraisers, is suing the State Police over losing the chaplain's position. CAIR attorneys are representing Mustapha in that suit against law enforcement, but that didn't stop McCarthy from attending the CAIR banquet.

This came after McCarthy reportedly told CAIR officials his police officers would not engage in intelligence gathering similar to the NYPD.

Rehab addressed the dinner, too, warning that rising bigotry against Muslims are similar to conditions Jews in Europe faced prior to the Holocaust.

"This isn't just about discrimination and racism," he said. "This is also about the greater Islamophobia, the consequences of which are wars, death, destruction, human rights abuses, not civil rights only, but human rights abuses. And it's not the first time it's happened in history … Before Jews in Europe could be subjected to the kinds of unimaginable torture, death, destruction that they were subjected to, and others, in Europe during the '40s, there had to be a period in the '30s and even the '20s and even the '10s, where no one was being necessarily violently attacked or apprehended or tortured or killed, but there was this growth of hatred and bigotry."

Meanwhile, Rehab has made some false representations about CAIR, his employer, although they may have been rooted in ignorance. During a 2007 interview with the Chicago Tribune, he insisted that "Neither CAIR chapters nor the national office solicits or accepts money from any foreign government."

In fact, CAIR leaders have been traveling to Saudi Arabia and the United Arab Emirates since 2002 through this year seeking and collecting millions of dollars for CAIR projects.

Then, in 2009, CAIR solicited donations from Libyan dictator Muammar Gaddafi during his visit to New York for a United Nations session.

Rehab's record of defending terror supporters is well established, as is his organization's disturbing history in a Hamas-support network. It defies reason to believe Emmanuel and those in his office are unaware of these actions, or are unable to conduct a basic Internet search on Rehab before enhancing his clout with the appointment to the new advisory council.

In a city as vast as Chicago, there must be better choices of Muslim residents who can offer insights into immigrants and their needs. Emmanuel chose instead to align with Rehab and CAIR, warts and all.

@ Ahmed..we dont expect the world to run to the USA's bluprint. However within our country you have to abide by laws, even if you dont agree. I am sure that appointments like this only lead to our ability to find all of the terrorist ties to HAMAS and the "Bro-hood" by CAIR (who has been convicted endlessly in American court of law for funding terrorism). Yes you are right, justice will prevail...so think about sending the "palestinians" back to Syria where they came from in the first place. Good luck with Arab Spring while the rest of the world watches Islam be reduced to "Iran the Sequel". I am sure tired of my country sending billions to Islamic pin heads like yourself so you can whine about how bad the USA is to you. I am sure Allah will provide for you then.

What is your Beef with this

What is your 'Beef' with this IPT. Do you expect the United States and the World to run according to your 'Blueprint'. There should be many more appointments like this, if for no other reason than to balance the injustices against the oppressed and occupied Palestinians. You can rant about this and that for as long as you want, but justice will prevail in the end, it always does no matter how long it takes.