CAIR's Shrill Attack on the IPT 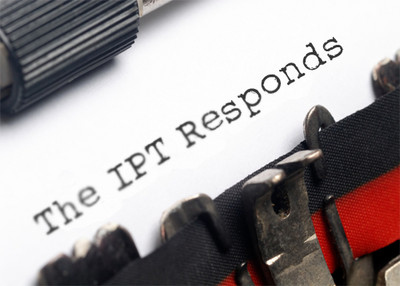 Any reader of this website knows we write often about the Council on American-Islamic Relations (CAIR). There is ample evidence that it is not the moderate voice of American Muslims as it claims to be. In two and a half years, CAIR has responded to us only once. That's probably out of a desire to not call more attention to information CAIR officials would prefer you not know about them.

So it was a little surprising to see a hastily assembled response to Wednesday's story, which called CAIR out for its paranoid response to the controversy surrounding RevolutionMuslim.com's threat to South Park producers Matt Stone and Trey Parker.

Rather than simply condemn such intimidation outright, CAIR officials voiced concern that the threats might be some conspiratorial effort to make Muslims look bad.

"Secondly, Mr. Emerson asserts that Mr. Rehab called the group fraudulent, but fails to provide the quote backing this allegation up. In fact, that part of Rehab's alleged quote is magically omitted from the rest of the Rehab quotation Emerson sites. Why? Because it does not exist and Mr. Emerson is once again a flat out liar who thinks you are stupid. He paraphrases things, rather than quotes them, when he wishes to massage the truth or lie to you."

It's true, Rehab never says "I think they are a fraud." Our reference paraphrased his message. "Most suspect the group is fraudulent," he wrote. Most what? It's a wholly unsubstantiated claim, unless he means most CAIR officials. As our story Wednesday noted, national spokesman Ibrahim Hooper issued the same spin in a Los Angeles Times report:

"In fact, most Muslims suspect they were set up only to make Muslims look bad," Hooper said. "We just have very deep suspicions. They say such outrageous, irresponsible things that it almost seems like they're doing it to smear Islam."

In a Chicago Tribune column, Rehab echoes Hooper's line. Left unsaid is who they think would orchestrate a conspiracy like that. But Rehab cites claims that the group's leader was a Jew who attended an orthodox rabbinical school before converting to Islam and wonders whether they are "true Muslims or agent provocateurs." When he refers to them as Muslims, he sets it off in quote marks, questioning their legitimacy.

The sum of those parts is that Rehab was calling RevolutionMuslim fraudulent. We weren't the only ones to notice. Harris Zafar, director of community service for the Portland, Ore.-based Ahmadiyya Muslim Youth Association, wrote his own column in which he took on the "South Park" threat in clear and direct language:

"Islam is not for censorship. Islam is not for violence or threats of violence. The implicit death threats from 'Revolution Muslim' are completely unwarranted and outside the pale of Islam."

RevolutionMuslim is a "stain" on the Muslim community, he wrote, and called CAIR's response ridiculous:

"And others – like the Council on American-Islamic Relations – may speak out against such groups but then follow their condemnation with ridiculous accusations blaming others instead of Muslims. In the case of 'Revolution Muslim' threatening 'South Park' producers, CAIR condemned the group's comments but then proceeded to say that the 'Revolution' group must be backed by non-Muslims conspiring to make Islam look bad.

That's where they're wrong. There are enough so-called Muslims who are making Islam look bad to warrant an internal review of where these people have lost their way. Islam is not to blame. It's a faith that advocates peace, freedom, liberty and love for all people, not just Muslims. It's time for misinformed Muslims to learn more about their own faith."

The point of our article was that CAIR had missed a teachable moment on Internet radicalism – radicalism it vowed to take on in December after five young men from the D.C.-area turned up in Pakistan hoping to join the jihad against American troops in Afghanistan. The threats of even a couple of knuckleheads can resonate far and wide on the Internet and requires blunt, focused rebuttal from fellow Muslims.

Anwar al-Awlaki is one preacher. Yet, he is considered to have been influential in inspiring numerous terrorist plots, from Nidal Malik Hasan's slaughter of 13 people at Fort Hood, to the failed Christmas Day airline bombing over Detroit. Comedy Central, like Yale University Press and Random House before it, caved in to the threats because similar ranting has led to murder.

Such threats should be condemned for what they are, without the conspiracy theories.

Muslim writer/reformist Irshad Manji seized the moment, offering a petition in support of free speech and explaining how "free expression is entirely acceptable in Islam," even if it is considered offensive. There's no lashing out in her post or any allegations that it's all a set-up as CAIR suggests. Rather, she explains why the radicals have it all wrong:

"The Prophet Muhammad warned Muslims not to put him on a pedestal. That's because he's not the one to be revered; God alone is to be worshiped. Welcome to the hypocrisy of those who claim to be protecting the Prophet while violating one of his core teachings."

The CAIR-Chicago response to our story is filled with generalizations and false claims. "The puff pieces he fills his blog with are often empty of substance and instead replete with anti-Muslim hysterics," it says. Well that hurts. We'll concede the puff pieces – a subjective measure – but anti-Muslim hysterics? Name some. We make a point of citing anti-Islamist Muslims when we can as we did here, here and here.

CAIR's response calls Emerson "devoid of credentials" as a terrorism expert. Yet his work has been honored with the George Polk Award for Excellence in Journalism and by the professional group Investigative Reporters and Editors (IRE). Former White House counter-terrorism advisor Richard Clarke called Emerson "the Paul Revere of terrorism" and praised his work in both Against All Enemies and Your Government Failed You.

CAIR lashes out at Emerson over one word in a column. For that, he's a liar, they claim.

We stand by the reference as correct and in context. But it makes you wonder, does CAIR's silence on our other reporting, including this dissection of their claims of "internet myths" about it, or our breaking the news that the FBI had cut off communication with them, mean they can't rebut them?

It was federal prosecutors, not the IPT, who wrote that "CAIR has been identified by the Government at trial as a participant in an ongoing and ultimately unlawful conspiracy to support a designated terrorist organization, a conspiracy from which CAIR never withdrew."

CAIR-Hamas: Identical DNA, Identical Mission of Sabotage and Destruction of the United States and Israel

"WAR IS DECEPTION" CAIR Is 'The Enemy Within' The United States Of America. CAIR-Chicago Director, Ahmed Rehab is the point man for putting a positive spin on the objectives of Islam.

I hate to be negatively critical of a nationally recognized public relations organization, but I don't know how anyone can honestly say that CAIR has been a positive aspect in the past years. Compared to other public support organizations, CAIR is practically non-existent. When Muslims are obviously so important to the entire global community, it seems ridiculous that they seem to be represented by this organization. That being said though, who has given them the odd power of authority on Muslim concerns, issues, & relations with non-Muslims? Other Muslim leaders from actual Islam recognized nations? Not just checks but actual recognition? Who? Oh, you & the other press. That's not a bad thing, I love news.

Why do we listen to CAIR?

CAIR has, since inception, worked to destroy the country. Is CAIR a Muslim organization, supporting Muslim civil rights or is it a front group for terrorists working to impose radical Islam on the world, by force if necessary?

Consider CAIR's history; from supporting the Holy Land immediately after 9-11 with a false donation page that led to a Holy Land donation web site. How many people were conned into donating to the Holy Land Foundation?

- CAIR's false claims of victimization; claiming the mantle of MLK Jr. due to the similarity between blacks and Muslims in America today. Even the usual race-baiters aren't falling for this line.

- CAIR's joining with Japanese Americans interred during WWII in trying to paint similarities between what occured in WWII to today's Muslims. A truly bizarre attempt to feed the false-sympathy machine that fuels what is left of CAIR's fund-raising efforts in North America.

In short, CAIR's history was written by CAIR. Why CAIR constantly tries to hide its own history is no mystery if one understands the mission of CAIR. The leadership of CAIR knows the truth about them and their organization will damn them in the eyes of any rational human being.

The bottom line is that CAIR's rantings, work on behalf of radical Islam, and promotion of hate of all things not Islamist is hurting them and they know it.

Allah and Mohammed would not recognize CAIR; everything CAIR says it does in advancing the civil rights of Muslims is just a sham; a cover for hate, pure and simple. The form of Islam practiced by CAIR is prideful, hateful, and supremecist. The complete opposite of what most Muslim believe.

Why do we continue to listen to CAIR?

And that is just fine with us.