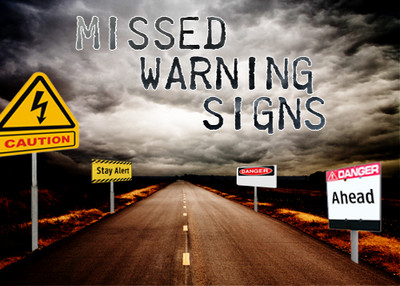 Leaders of several national Islamist organizations held a news conference Wednesday to broadcast their role in encouraging the families of five D.C.-area students now detained in Pakistan to report their children's disappearance to law enforcement.

That the Council on American-Islamic Relations (CAIR) thought it was news that they and others cooperated with law enforcement is an interesting statement in itself. But it was more interesting to see CAIR Executive Director Nihad Awad acknowledge "that there is a problem" of American Muslims turning to jihad at home and abroad. In an effort to combat the trend, Awad announced his organization would "launch a major campaign of education to refute the misuse of where are verses in the Quran or the misuse of certain grievances in the Muslim world."

This acknowledgement by CAIR and fellow Islamist groups like the Muslim Public Affairs Council (MPAC) comes after at least nine cases of homegrown Muslim extremism in 2009 and the disappearance in 2008 of about 20 Somali men from Minneapolis who returned to Africa to fight with the Al-Shabaab terrorist group. It also follows their collective insistence that religious motivation be kept out of the discussion of Nidal Malik Hasan's shooting spree at Fort Hood last month.

These past actions followed a pattern, in which CAIR spearheaded efforts to dismiss any concern about radicalization in America. That denial was on full display in 2007, after a Pew survey found a quarter of Muslim American men under age 30 found suicide bombings justifiable. In a television appearance, CAIR spokesman Ibrahim Hooper bobbed and weaved to avoid confronting the question.

"I think it's wrong to focus on a couple of questions to put forward an agenda that goes against the bulk of the findings," he said. When host Tucker Carlson cited a finding that 61 percent of the respondents expressed concern for rise of Islamic extremism in the U.S., a number Carlson thought was too low, Hooper made it clear he was not among them: "I don't foresee a rise in religious extremism in the Muslim community."

Similarly, MPAC spokeswoman Edina Lekovic cast the support among so many young American Muslim men for suicide bombings as a distraction:

"When we look at the statistic about suicide bombing, it is indeed a disturbing one. But taken out of context, it's even more frightening. You know, the University of Maryland did a poll just in December where they found that 1 in 2 Americans support, sometimes--with the same wording--they find it at least sometimes justified for innocent civilians to be targeted by bombings or attacks. I think that any sort of support, no matter what side it comes from, is absolutely outrageous."

None of the organizations launched any programming at that point to combat the ideology. That failure helps create a mindset that leads five young students with promising futures to give it all up to jihad, said M. Zuhdi Jasser, executive director of the American Islamic Forum for Democracy. Jasser's organization tries to counter the Islamist hue of the "mainstream" national organizations by advocating a strict separation between faith and public policy.

Groups such as CAIR and MPAC have spread a message that America has been at war with Islam since 9/11, he said, rather than emphasizing the country's efforts to improve life for Muslims.

The U.S. has failed to counter the narrative, too, Jasser said. He echoed New York Times columnist Thomas Friedman who recently wrote about "The Narrative" that fuels anti-American hostility. More Muslims die from attacks by fellow Muslims than foreign soldiers, he noted, but:

"The Narrative is the cocktail of half-truths, propaganda and outright lies about America that have taken hold in the Arab-Muslim world since 9/11. Propagated by jihadist Web sites, mosque preachers, Arab intellectuals, satellite news stations and books — and tacitly endorsed by some Arab regimes — this narrative posits that America has declared war on Islam, as part of a grand 'American-Crusader-Zionist conspiracy' to keep Muslims down.

Yes, after two decades in which U.S. foreign policy has been largely dedicated to rescuing Muslims or trying to help free them from tyranny — in Bosnia, Darfur, Kuwait, Somalia, Lebanon, Kurdistan, post-earthquake Pakistan, post-tsunami Indonesia, Iraq and Afghanistan — a narrative that says America is dedicated to keeping Muslims down is thriving."

But the comments they made show that the case of the missing students created an opportunity for them to rehabilitate their image. Remember that the FBI cut off CAIR's access outside of criminal investigations due to evidence that it was born of a Hamas support network and that its ties to the terrorist group remain bound. There's also an indication that CAIR is under criminal investigation.

We noted the potent force America's "war against Islam" carries among young Muslims who grow radical after the Fort Hood attack. A Canadian intelligence report found "the perception that Islam is under attack from the West" is the most important factor in persuading would-be jihadists that they must preemptively and violently defend Islam from these perceived enemies.

Those same groups now promising to ward off the extremist message have repeatedly reinforced it. The IPT's extensive report on CAIR devotes an entire chapter to examples. Officials with the Muslim Students Association, Islamic Society of North America and Muslim Public Affairs Council all have repeated the theme.

One of the men now held in Pakistan, Howard University dental student Ramy Zamzam has been active in the Muslim Students Association, serving as president of the MSA DC Council.

Sharing the microphone with CAIR officials Wednesday was Mahdi Bray, leader of the Muslim American Society's Freedom Foundation. At a 2003 news conference on the Iraq war, Bray argued "The war on terrorism is really becoming a war on Muslims." At a rally in 2000, he responded enthusiastically to a bold, public declaration of support for terrorist groups Hamas and Hizballah.

A program to combat religious justification for terror and pull young people away from the lure of extremism would be a welcome change from past rhetoric. But as Jasser and Friedman note, it takes more than a condemnation of violence. If this effort is sincere, and not a cynical attempt to use this incident to reshape their images, it requires a candid assessment by self-anointed spokesmen for the American Muslim community of their own messages.

Military containment and humanitarian efforts are not enough in the Muslim world to promote peace. The third wave of peacemaking must include the power of "counter narratives" that challenge world-views, bias and fear. It's vital that new media (Facebook, Twitter, Youtube, blogging, literature and short films) fill the gap and create a counter narrative movement that communicates across all political and religious lines in ways that inspire peace.

Author of Muslims Next Door

Taqiyah,that's what CAIR and their ilk practice.