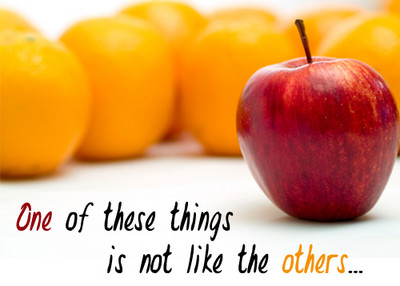 The Michigan-based separatist movement lured followers with an explosive mixture of radical religious interpretation and a deep hostility toward government, especially law enforcement.

It trained in the use of weapons and talked of killing police officers.

After building a criminal case, federal law enforcement officials prepared to move in. The suspects all were considered armed and dangerous. FBI agents lured them to a site away from their base of operations in hopes they could be arrested peacefully. The defendants could live to fight in court.

At this point, we could be describing the March arrests of nine members of the Hutaree, a Christian terrorist movement whose members are charged with seditious conspiracy, or the October case of Imam Luqman Abdullah and 11 followers on conspiracy and weapons charges.

The arrests have one significant and tragic difference. All the Hutaree suspects surrendered when agents came to arrest them, one after a lengthy standoff, and no one was hurt. But Abdullah was killed after refusing to surrender and firing his gun as FBI agents moved in. One of three shots fired from Abdullah's gun killed a police dog sent in to subdue him.

An autopsy report shows he was shot 20 times, all between the chest and thigh. As we've noted, Abdullah supporters have tried to cast the shooting as an excessive, unjust reaction. The most recent iteration of that campaign came this week, as the Council on American-Islamic Relations (CAIR) Michigan office released a handful of pictures from that autopsy.

Two showed him face down and handcuffed. Another showed wounds to his face that may have come from the dog. "There are a lot of questions, and the photos raise more questions," said Dawud Walid, executive director of CAIR-Michigan.

Walid also released a letter from State Representative Bettie Cook Scott, which tried to cast the peaceful arrest of the Hutaree suspects as proof the FBI botched the Abdullah shooting:

"David Stone and the Hutaree militia were advocating violence. They were observed firing weapons, constructing explosive devices, as well as preparing a detailed plan to kill law enforcement officers. The FBI response was to arrest David Stone and his cohorts.

These differences in the application of lethal force are unacceptable. Our country and our government must be held accountable for its actions. American people regardless of race, creed, or color are entitled to the same constitutional guarantees. The FBI use of lethal force must equally apply to all operations."

Scott would have a point had Stone or any other Hutaree member fired at the agents as they moved in and had agents not returned fire. But that's not what happened.

Most media reports cited CAIR's belief that the pictures "raise questions," but don't seem to push back about Abdullah's violent rhetoric or reports that he got off as many as three shots before he died. ABC News' report was co-written by Sharaf Mowjood, a former government relations manager for CAIR's Los Angeles office. Of all the stories written about the autopsy photographs, the CAIR-Michigan homepage links to this one.

The story quotes the FBI Detroit Special Agent in Charge saying his agents "did what they had to do to protect themselves" and followed that with Walid asking "How could he be so sure?"

For starters, there are the reports of all the agents at the scene, the autopsy, ballistics from Abdullah's gun and the fact that four suspects in the warehouse where Abdullah died surrendered as instructed and were not harmed.

Walid's campaign should be viewed in context of an ongoing feud between the FBI and CAIR. The FBI broke off outreach communications with CAIR in 2008, based on evidence in a Texas terror-financing trial which showed CAIR's founders, including current Executive Director Nihad Awad, were part of U.S.-based Hamas support network. The Department of Justice has been resolute in defending prosecutors' decision to name CAIR as an unindicted co-conspirator in the case.

Meanwhile, Walid's criticisms ignore the issue of Abdullah's choice not to surrender or lay down his weapon. He emphasizes the number of shots fired by the FBI and the fact that the dog, Freddy, was airlifted for medical help before he died and Abdullah was not.

He still clings to the notion that Abdullah may have been unarmed:

"We don't know if he had a weapon or not, but most people, if they're being mauled by a dog and they have a (gun), they're not going to think about whether they're going to be shot," Walid said. "Their imminent threat would be the dog."

Abdullah was not dangerous, Walid said, regardless of his rhetoric.

Detroit News reporter Paul Egan dug into Abdullah's 1980 arrest, which is mentioned in the original complaint, and found that he had tried to kill an officer at least once before. Abdullah struggled with an officer during a traffic stop and later told another officer, "I should have killed him."

Walid acknowledged the episode "doesn't sound very positive," but "I don't know if that would correlate to the incident that took place in October of 2009."

Walid's response to overwhelming evidence is about as sophisticated as a child sticking his fingers in his ears and shouting "na-na-na-na-na…" when he doesn't want to hear something he doesn't like.

Investigators had inside accounts of Abdullah's operations from a former follower-turned-informant. The informant told investigators he repeatedly heard "Abdullah preach that Islam should be spread through violent jihad, and advocate violence against the government and against law enforcement." Abdullah vowed to respond violently if police tried to arrest him or take him weapons.

Unless the government is lying, Abdullah is heard on tape giving a 2004 sermon, instructing followers not to "carry a pistol if you're going to give it up to police. You give them a bullet."

Hutaree leader David Stone wanted to kill cops, too. His plot involved killing an officer at a traffic stop, then ambushing the dozens of officers from throughout the region who would attend the slain cop's funeral. In a transcript of a recording made by an FBI undercover agent, he explained part of the rationale:

"You kill enough cops… you can't get enough people to take the job."

The cases bear striking similarities. Law enforcement in Detroit clearly has its hands full in combating potentially violent extremists. It's not the FBI's fault that one guy chose to practice what he preached about facing police. CAIR's continuing attempt to deflect all responsibility away from Luqman Abdullah with its campaign of "questions" in the absence of anything more than conjecture speaks volumes about its priorities.

I see that the above, Islamaphobic comments were moderated and allowed to display.

I didn't see where CAIR dodged anything. They want the facts of the case and want to ensure that the agents apply their action equally in all similar situations. They did not know if that was the case as they were not there.

But the claim that CAIR is "Hamas-related" is a constant lying drone of all Islamaphobes and diminishes that person's assumed scholarship.

As a retired Marine I just want to thank all members of our federal law enforcement, intelligence, and military communities. You are the only ones I trust these days. I mourn the loss of the police dog and rejoice in the death of a low life subversive.

Thank you for your service. As a military veteran I wholly agree. Anyone firing at Law enforcement or military should expect nothing less than death. Terrorist support groups like CAIR don't care about our laws, their leader openly stated he hopes to see the Constitution supplanted by the muslim book of faerie tales, the quran.

"Investigators had inside accounts of Abdullah's operations from a former follower-turned-informant. The informant told investigators he repeatedly heard "Abdullah preach that Islam should be spread through violent jihad, and advocate violence against the government and against law enforcement." Abdullah vowed to respond violently if police tried to arrest him or take him weapons."

This is typical of how CAIR operates and tries to spin a case where it is everyone's fault but the Muslim's or Islam's. Luqman Abdullah was a viloent individual that preached violence and there is ample evidence of this. He did what he said he would do, go out in a blaze of Islamic glory and secure his place in 'paradise' as a beloved martyr. You take a bunch of FBI agents trained to keep firing until the threat has been eliminated, 20 bullet wounds in not unusual. Abdulllah fired the first shot, very well aware of what he was doing. This is so CAIRISH and it is a great example of taqiyya , using lies and deception to help spread Islam in any way shape or form. CAIR is just practicing Islam by the Qur'an and hadith. A great book to read on CAIR is the "Muslim Mafia" and I am about 2/3's the way through it. Nobody can play the victim like Islam and this is a great example. The FBI did nothing wrong here at all. The fact that this took place in MIchigan which has a large Muslim population makes it a double edged sword for the FBI. CAIR is quite desperate right now to even be staying afloat across the nation. When they respond like this it makes many Americans suspicious and distrustful of Islam and Muslims. While not all Muslims are terrorists, all terrorists have been Muslim or near all of them. This alone tells us much of what we need to know about the true intentions of Islam.

As a retired DEA agent who knows what it is like to be in a shoot out, people should know that if you shoot at cops or agents you can expect to be shot. Simple formula.

As to the 20 wounds suffered by Luqman, if there are multiple agents responding to your gunfire, each agent is going to fire multiple shots until the threat is removed.