ISIS Resurrection a Cause for Alarm 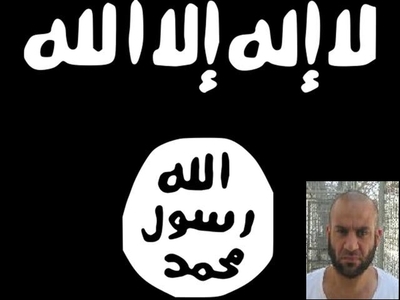 "ISIS was defeated only in direct confrontations, but it has never been eliminated in Syria," Fouad Aliko, a member of the member of Yekiti Kurdistan Party in Syria, told the Syrian Observatory for Human Rights. "ISIS has learned from its defeats in battles and changed its tactics, and depends on executing attacks in small groups, which is more akin to guerrilla tactics."

The daring prison ISIS attack started with oil tanks detonating nearby to create a diversion and cause enough smoke to nullify a possible air force retaliation. Nearly 100 ISIS fighters then attacked the prison from multiple fronts. Ten days of fighting resulted in the deaths of nearly 500 people, including 374 ISIS fighters and about 117 from the Syrian Democratic Forces (SDF) and prison guards. The fierce battles forced 45,000 Syrians to flee their homes with four civilian casualties reported.

SDF is a Kurdish fighting force allied with the United States to fight ISIS. It accused Turkey of facilitating the prison attack by allowing ISIS a "safe zone" in northern Syria where Turkey has a military presence.

"Many Daesh [ISIS] and al Qaeda leaders are still alive, protected by Turkey in occupied areas of northeast and northwest Syria," Farhad Shami, the head of the SDF's media and information office told CBS after the al-Qurayshi raid. "He was protected between three Turkish military bases ... Is there any doubt that Turkey turned areas of northern Syria into a safe zone for Daesh [ISIS] leaders?"

Iraqi Security Cell, a media bureau for the Iraqi prime minister, said that about 3,900 prisoners were moved to a new prison and 100 others were in a nearby hospital. The Iraqis, who fought tooth and nail against ISIS, remain wary of any presence of ISIS on its border with Syria.

SDF captured an ISIS financier Feb. 13 who was in charge paying ISIS families and terrorists in northern Syria. He confessed to carrying money from Turkey to Adlib. Earlier this month, Spanish police arrested five suspects in four different cities who operated as ISIS financiers and recruiters in Libya.

ISIS reacted to al-Qurayshi's death by launching attacks on civilian and governmental targets in Iraq, Afghanistan and some of Africa through its offshoots in Nigeria, Niger, Congo and Mozambique.

While it has receded in the Middle East, the group has expanded massively in Africa.

The same week as the Syrian prison assault, the Islamic State of Central Africa Province (ISCAP) was able to spring 20 prisoners and kill three people while executing a strikingly similar attack on a Congo prison. "The soldiers of the Caliphate attacked a post of the Crusader Congolese army in the town of Nobili, near the Ugandan border, two days ago, causing its personnel to flee," said an ISIS communique.

ISIS launched hundreds of terrorist attacks in the Middle East and Europe between 2014 and 2019. Last month, Sweden and France launched a joint probe to investigate ISIS atrocities against the Yazidi minority in Iraq and Syria. It is believed that 10,000 Yazidis were killed and around 7,000 women were enslaved by ISIS during its reign of terror.

The death of a terrorist group's leader can trigger power struggles and other setbacks. But ISIS is better able to move on with a new leader because it has "well-managed leadership structures and succession protocols," wrote Haroro Ingram, Amira Jadoon and Andrew Mines.

"The death of al-Qurayshi is unlikely to affect the operations of Islamic State group's affiliates in any meaningful way," they concluded.

The recent coordinated ISIS attacks cannot be ignored. The previous iteration of the group, which caused havoc across the globe, started in the same manner in Iraq and Syria before it declared its state and Caliphate in Mosul in 2014. A series of attacks on Iraqi prisons in 2012 and 2013 freed a large number of jihadists who later join the Islamic State. These attacks were masterminded by al-Baghdadi, the former Islamic State Caliph.

"We remind you of your top priority, which is to release the Muslim prisoners everywhere," said al-Baghdadi "and making the pursuit, chase, and killing of their butchers from amongst the judges, detectives, and guards to be on top of the list."

As Iraqis begin to heal from the scourge of the ISIS and rebuild, news of the increase in ISIS attacks in Iraq and neighboring Syria is alarming.

The dangers of a possible resurgence remain high and the group's ability to coordinate terrorist strikes can inspire a lot of its followers in the West and others across the world.