Bassem Eid: An Open Letter to My Palestinian Brethren 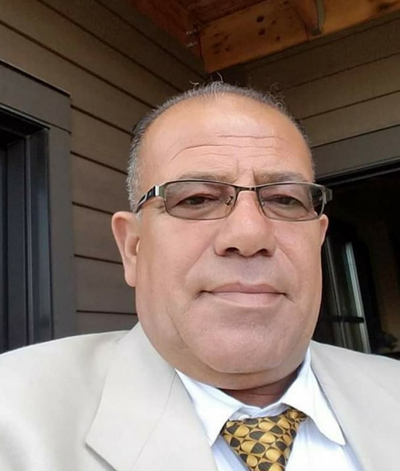 I know that the past 10 days have been incredibly devastating and equally bewildering. Why is the world letting the Israelis do this to you? I am writing to you, my Palestinian brothers and sisters, to open your eyes from the disinformation that your real captor, Hamas, is feeding you.

To my Palestinian brethren, I implore you: please do not let Hamas brainwash you into thinking it has "achieved" anything on our behalf.

Do not fall prey to its lies and manipulations. Hamas is not a social justice movement and it certainly does not care about me or you. It is a criminal gang that only cares about increasing its own power at all of our expense. Your lives start to improve only when the Hamas reign of terror finally ends. Only then will you actually taste the fruits of real peace with your Jewish cousins.

Yes, I know that to some in the media Hamas has more or less achieved its goal in this vile destructive war it started 10 days ago. It has spread fake news about Sheikh Jarrah being the core of Jewish aggression. It has incited violent riots at Al Aqsa by falsely claiming that the Jews are going to destroy Al Aqsa when that has never been true. And then it exploited the situation it created by starting a war with Israel to then justify its rocket attacks. All the while, Hamas showed Palestinians a clear contrast between its ability to act and Prime Minister Mahmoud Abbas and his Fatah party's inability to do much of anything.

It is vitally important for you to realize and remember that Hamas is the main cause of suffering for you, my fellow Palestinians in Gaza. It is Hamas that ignored warnings that water wells were growing too salty from over pumping, leading to a point where Gaza's tap water isn't safe to drink. It is Hamas that diverted much of the massive humanitarian supplies meant for you that Israel has been allowing in daily in hundreds of trucks. It is Hamas that has been stealing the cement and metal from the imports meant to build houses for you so that it could spend billions of dollars on a massive subterranean network of tunnels for its purposes only. And when it came to war with the Israelis these past 10 days, Hamas deliberately used you as human shields, stationing rocket launchers and missile arsenals in your homes, apartments, office buildings and even hospitals—just as it did in 2014.

And now Hamas has been carelessly shelling the most highly populated regions of Israel, with no specific target or strategy. Yet, I know from my sources in Gaza that as many as 25 percent of all rockets launched by Hamas crash within Gaza. That has resulted in Hamas killing as many as many as 50 of the civilians that it falsely blames on Israel. And are you proud of the fact that some of the Hamas missiles that Israeli Defense Forces failed to intercept ended up exploding in places like Jaffa, Abu Ghosh and Lod where Arab Israelis now live?

Ask yourself, how exactly do our people benefit from any of this? What will happen to our young men who were brainwashed on social media and tricked into throwing bricks and Molotov cocktails at police officers? How many of our people were seriously injured in Jerusalem as a result of Hamas's incitement? How many more suffered the same fate when Hamas rockets crashed down in Gaza, to say nothing of the hundreds of thousands of you, my brothers and sisters, used as human shields against Israeli counterattacks?

And what is to be gained? Palestinians living in those four buildings in Sheikh Jarrah will still eventually be evicted, a fact that has been known to those families for decades when they sold away the title to the real estate of those buildings. But forget about Sheik Jarrah for a moment. Think about the even greater number of Palestinians who are now homeless in Gaza because Hamas chose to hide weapons in residential buildings.

And when hostilities end, you can be sure that it won't be the people of Gaza or representatives of your true interests, but the Hamas gang that will be cutting the lucrative financial compensation deals with Qatar and European NGOs "to rebuild Gaza." Remember who got rich last time after the 2014 war with Israel? Hamas will do the same exact thing: It will spend its next installments of Qatari money to replenish its arsenal rather than rebuild homes, purchase coronavirus vaccines or provide social services for the people. And Hamas is sure to continue to plot terrorist attacks on Israeli civilians. So Israel will have an even greater justification for restricting access to Al Aqsa and maintaining the defensive blockade around Gaza: It is you who will suffer, not Hamas with its rebuilt fancy villas. And the peace you so much deserve, which could have been possible when Israel withdrew entirely from the Gaza Strip in 2005 only to see Hamas set up an authoritarian military junta, will be even further out of reach.

It is a tragedy that life is about to get worse for Palestinians in Gaza, but it is all the fault of Hamas. It planned and provoked a military confrontation to improve its political standing and we will all suffer for it. Once again, I urge you to open your eyes and see past the Hamas deception. No matter how many Jews it manages to kill, Hamas will have achieved nothing that benefits ordinary Palestinians.