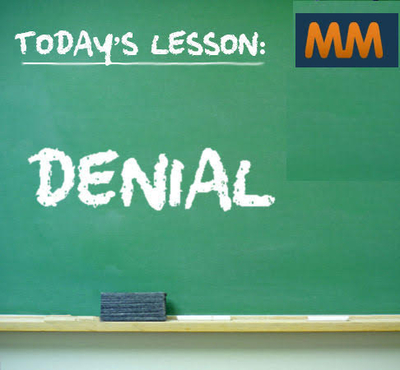 That's especially true when dealing with uncomfortable facts. Rather than offer contrasting information, or even try to explain how a situation or opinion might have changed over time, the easier way out is to cry foul. When Islamists – Muslims and their supporters who merge their faith and their political agendas – are involved, that cry begins and ends with the word "Islamophobia."

"We pray for peace, not war. Love not hate. Benevolence, not greed. Unity, not division. And we commit ourselves to not betraying our prayers with actions that contradict them. Let us be for truth, no matter who, or for is against it."

As the Investigative Project on Terrorism was first to point out, however, Suleiman's message to Congress stood in direct contrast to his own statements about Israel, gay people, and women.

Zeldin was specific in his criticism. Suleiman was the issue, along with the specific topics Zeldin mentioned.

In response, a group called Muslim Matters demanded that House Speaker Nancy Pelosi censure Zeldin "for his slander against" Suleiman.

The law is clear on this: It's not slander if it's true. Nobody – not Muslim Matters, CAIR or U.S. Rep. Eddie Bernice Johnson, D-Texas, who invited Suleiman to give the invocation and stood by that decision Friday – claimed Zeldin or IPT misrepresented Suleiman's words. That's because they are either recorded for you to see and hear, or written on Suleiman's own social media accounts.

The strategy was obvious: Call Zeldin and anyone else raising the issue an Islamophobe and hope people forget Suleiman's record of anti-Semitic, sexist and gay-hating statements.

Suleiman tried it, too.

"Those fanning those flames today and writing the usual hit pieces," he wrote Friday, "are either completely unaware of my work with the Jewish community both in New Orleans and Dallas, or deliberately omitting that in an attempt to mischaracterize me as an antisemite to keep playing up the strategy of deflecting and fracturing coalitions that threaten their power."

Whether he has been kind to Jews in Dallas and New Orleans does not change what he has said about the overwhelming majority of world Jewry, which supports the existence of a Jewish state in Israel.

Zionists, Suleiman said in 2014, "are the enemies of God, His Messengers ... and humanity as a whole."

Denying Israel's right to exist has been part of the U.S. State Department definition of anti-Semitism since 2010. He has sided with Hamas in denying that the terrorist group uses human shields despite public evidence to the contrary, including statements from Hamas officials. Suleiman also has pushed the anti-Semitic trope that Israel controls American foreign policy, sneering that it is the "51st state."

On social issues, the IPT pointed out, Suleiman holds conservative religious views that are not welcomed within the Democratic Party when held by people of any other faith. He compared gays and lesbians to people who engage in incest and bestiality.

"When Allah describes homosexuality as a repugnant, shameless sin and details his punishment of a people that practiced sodomy, how can anyone who believes in Allah not find it immoral?" he wrote in 2013.

Promiscuous girls face Allah's wrath, he warned in a sermon. "Allah owns hellfire," he said. "So you'd better be careful. You're overstepping your bounds. Sisters ... you know what happens with a really jealous Dad? He kills you and he kills the guy. So you are offending Allah ... whenever you make yourself promiscuous or whenever you open yourself up to a relationship."

Rather than try to defend the statements, Suleiman's supporters choose to attack the messenger. That's what CAIR Executive Director Nihad Awad did. 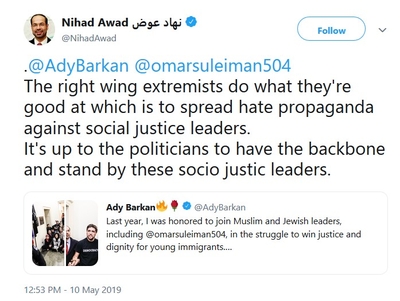 So did Women's March national board member Linda Sarsour. 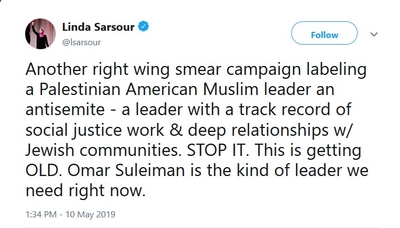 Awad was as part of a Hamas-support network in the United States, and openly endorsed the terrorist group in 1994. Sarsour has never apologized for blaming Jews for police shootings of unarmed black people in America and blames "Jewish media" for giving her a bad reputation.

Again, no one has tried to say Suleiman never made the comments, or that they were taken out of context, or even that Suleiman might now feel differently. Muslim Matters called it "Islamophobia" and demanded Zeldin's censure, ironically calling for him to face "censor" before catching the mistake.

They had it right the first time. Muslim Matters' and CAIR's demand that Zeldin be punished is an attempt to censor him. Zeldin made no generalizations about Muslims or Islam. He called out specific statements from a specific person. Muslim Matters and CAIR think that merits censure.

But both groups opposed a similar punishment for U.S. Rep. Ilhan Omar, D-Minn., after Omar's repeated use of historic anti-Semitic canards about Jews, political power and money. She also raised a dual-loyalty canard against people who support Israel.

Omar's claim that American support for Israel is "All about the Benjamins, baby," meaning money from "the pro-Israel lobby," meaning Jews, was not anti-Semitic, CAIR attorney Danette Zaghari-Mask wrote in an article published by Muslim Matters.

"If we want to truly understand why women of color generally have so much resentment towards white liberal women, case-in-point. Too often white liberal women like [House Speaker Nancy] Pelosi pose for the photo-op, but we do not rise to the occasion for our minority sisters.

A true ally is not created from convenience. A true ally will stand should-to-shoulder on principle and courage. Women like Pelosi will throw a woman of color under the bus, then on a more convenient occasion, snatch her back off the ground, scrub off the wheel marks and smile for the camera."

In the end, Pelosi caved to such pressure. There was no censure vote for Omar's repeated anti-Semitism. A resolution condemning anti-Semitism never named Omar. It was broadened to cover "Islamophobia, racism, and other forms of bigotry."

Apparently, sweeping generalizations about Jews and tropes about their power and money are just fine when Islamists perpetuate them. But criticism of one man over things he's actually said is "Islamophobia" that merits severe punishment.

Welcome to the brave new world.