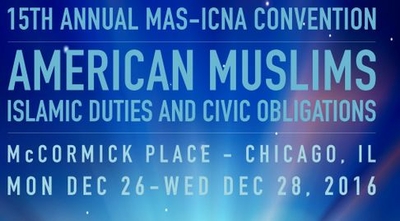 The group that paid for U.S. Rep. Keith Ellison's December 2008 hajj to Mecca is a "national security threat," a Muslim scholar wrote in a 2010 email.

Ellison now is vying to become the next Democratic National Committee chief.

The Muslim American Society (MAS), the group that paid $13,500 for Ellison's pilgrimage, had ties with terrorism and had a phony commitment to the American constitutional order, al-Husein Madhany wrote in the email, which was posted on the "Muslim Justice League" listserv. He made these assertions as part of a discussion of how the Muslim community should respond to the Ground Zero mosque controversy.

The listserv included top U.S. Islamist and liberal intellectuals, as well as Obama administration representatives. CNN terrorism analyst Peter Bergen and prominent American Muslim playwright and polemicist Wajahat Ali also were part of the list. "When I said that I believe MAS halaqas (religious gatherings) to be a national security threat, it was only part in jest. My caution comes from what I have personally heard said at MAS halaqas during my time in graduate school and based on what I know about their ideological (but financial) ties to the Muslim Brotherhood and Hamas," Madhany wrote .

Madhany, who has ties to the Brookings Institution, Council on Foreign Relations, Georgetown University, and New America Foundation, co-authored a 2008 piece for Brookings with President Obama's former U.S. Special Envoy to the Organization of the Islamic Conference, Rashad Hussain, about the role of Islam in counter-terrorism policy.

At the time, Madhany wrote, some non-governmental groups were building a case for designating the Muslim Brotherhood and its affiliates as terrorist groups.

Part of that case was built on the fact that "MAS continues to teach to their members -- at its highest levels of leadership -- that all governments should become Islamic and that non-Islamic judicial systems should be boycotted or replaced, by soft power and by force, Madhany wrote. "They do this while promoting the idea in public that their goal is to support and defend the U.S. Constitution."

Madhany is no conservative. His 2008 Brookings piece argued that using the terms "Islamic terrorism" or "Islamic extremist" gave religious legitimacy to Al-Qaida, suggesting "Al-Qaida terrorism" instead.

Madhany was not the first or the only person to connect MAS with the Muslim Brotherhood.

"In recent years, the U.S. Brotherhood operated under the name Muslim American Society, according to documents and interviews," the Chicago Tribune reported in 2004. In 2008, federal prosecutors said that MAS was founded as the "overt arm" of the Muslim Brotherhood in America.

Brotherhood bylaws call for "the need to work on establishing the Islamic State, which seeks to effectively implement the provisions of Islam and its teachings."

The United Arab Emirates (UAE) classified MAS as a terrorist organization in 2014.

Madhany's e-mail offers a glimpse of how people on the inside view MAS, Islam scholar Daniel Pipes told the Investigative Project on Terrorism. Right after the Sept. 11 attacks, Pipes detailed several instances in which American Islamists preached that the U.S. Constitution ought to be replaced with Islamic law.

"This is an insight into what people who understand this organization actually think of it," Pipes told the IPT. "It fits into a context of frank discussion that in recent years has been closed down, and it shows what sort of organization that Keith Ellison takes money from and endorses."

The MAS Connection to Ellison's 2010 Fundraiser

During his 2010 re-election campaign, MAS President Esam Omeish hosted a fundraiser for Ellison in which Ellison criticized what he saw as Israel's disproportionate influence on U.S. foreign policy. The IPT exclusively reported on his comments Nov. 30.

"The United States foreign policy in the Middle East is governed by what is good or bad through a country of 7 million people. A region of 350 million all turns on a country of 7 million. Does that make sense? Is that logic? Right? When the Americans who trace their roots back to those 350 million get involved, everything changes. Can I say that again?" Ellison said.

During a December 2000 Jerusalem Day rally in Washington's Lafayette Square, Omeish praised Palestinians for knowing "that the Jihad way is the way to liberate your land."

Ellison first addressed a MAS convention in 2006 and has made repeated appearances at the organization's events. He is scheduled to speak at MAS's joint convention with the Islamic Circle of North America (ICNA) starting next Monday in Chicago. ICNA is a predominately South Asian Islamist group that advocates creating a global Islamic state ruled by shariah.

Ellison also is listed as the keynote speaker at MAS-ICNA's appreciation dinner.

The MAS convention Ellison will address will hear from radical speakers such as Ali Qaradaghi (Alternately spelled Al-Qurra Daghi in the MAS-ICNA program), secretary general of the pro-Hamas International Union of Muslim Scholars (IUMS), one of the world's most influential groups for Sunni Islamist clerics. It counts former Hamas Prime Minister Ismail Haniyeh as a member.

The Clinton administration banned this organization's founder Yusuf al-Qaradawi from entering the U.S. in 1999 due to his support for terrorist attacks against Israel. In 2014 the UAE classified the IUMS as a terrorist organization, along with MAS and dozens of other Islamist groups.

Qaradaghi's Twitter feed is replete with praise for Hamas and calls for Israel's destruction. He also has attacked the anti-ISIS coalition for killing Sunnis in Fallujah and Mosul.

"Hamas is an Islamic resistance movement. It defends its people and our first Qibla (The place where Muslims face to pray.) It endeavors to liberate Occupied Palestine. And any attack on it is on the interests of the Zionist Project," Qaradaghi wrote in a July tweet.

Like Omeish, Qaradaghi eulogized Hamas founder Sheikh Yassin as recently as March: "On such a day like this in 2004. Shiekh_Ahmed_Shahid# was martyred. By three rockets from Zionist Apache planes. After his leaving dawn prayer."

Several pictures show Qaradaghi posing with top Hamas leader Khaled Meshaal. "The Commander Mujahid Khaled Meshal honored me with a noble visit," he wrote in September 2015. "We conferred on the conditions of the Muslims, al Aqsa and Gaza; and we saw good prospects for the steadfastness and Ribat of our people in the interior."

In March 2015, Qardaghi signed an IUMS declaration condemning an Egyptian court's classification of Hamas as a terrorist organization. An Egyptian appeals court later reversed the decision.

"I'm sorry to tell you, and this is where you have to stand as American Muslims—the Palestinian resistance is a legitimate resistance and they have the right to resist," Ramadan said.

No record exists of Ellison ever calling MAS out for its extremism, as he previously did when he repudiated Nation of Islam leader Louis Farrakhan.

Ellison wrote in The Washington Post in a Dec. 2 op-ed that he "should have listened more and talked less" when it came to Farrakhan's anti-Semitism, but his continued involvement with MAS suggests he is deaf to its rhetoric.