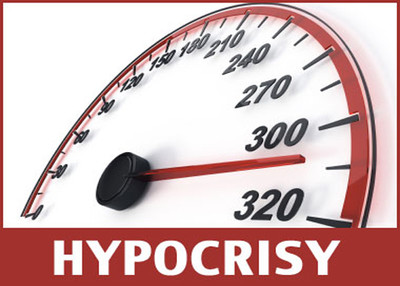 He might have been trying to be ironic. But Corey Saylor seemed to be playing it straight Monday when he claimed that the Council on American-Islamic Relations (CAIR) wants "more empowered voices" in the future to "let the public at large see more of us talking about the full spectrum of views that exist within the Muslim community."

We could hear the spit-take all the way from Arizona. That's the home of Zuhdi Jasser, who founded the American Islamic Forum for Democracy (AIFD) and the Muslim Reform Movement. Both groups embrace a "separation of mosque and state" and stand against the Islamist victimization agenda pushed by CAIR.

For that, CAIR repeatedly has called Jasser names in attempts to discredit and silence him. It tried to block his appointment to the U.S. Commission on International Religious Freedom in 2012 and tried unsuccessfully to have him ousted two years later.

Saylor's comments about embracing debate came during a news conference to unveil CAIR's latest report on groups it says are pushing "Islamophobia" in the United States, along with their funders. The report includes the AIFD among organizations "whose primary reason for existence is to promote prejudice against or hatred of Islam and Muslims."

While simultaneously calling for more empowered Muslim voices, CAIR accuses Jasser, a Muslim, of promoting hatred and prejudice against his faith because he disagrees with CAIR politically. For example, following terrorist attacks like the slaughter at Orlando's Pulse nightclub, or last November's multi-pronged attacks in Paris, Jasser will talk about the radical Islamist ideology that drives the violence. CAIR, on the other hand, insists it has nothing to do with religion.

Rather than welcoming "the full spectrum of views," as Saylor claimed, CAIR wants to "marginalize debate," Jasser said in an interview. "They simply want to continue their sense that Islam has a PR problem, and it's not a reform issue, that it needs to happen in the separation of mosque and state. The Islamists don't ever want to recognize they are Islamists or that they do try to collectivize our community into a political movement. Because once they did that, they'd have to recognize that there are diverse voices that reject Islamism and their Islamist platform."

It happened to him again last week. Jasser spoke in Birmingham, Ala., about curbing Islamist extremism and the terrorism done in its name. "No, it's not all Islam that's the problem, but there's a problem in the house of Islam that needs to be addressed," Jasser said.

A local television station turned to CAIR and a local mosque for reaction. "They said he's a part of the problem and is only spreading Islamophobia," the story said.

CAIR's report, done in collaboration with the University of California, Berkeley's Center for Race and Gender, also includes the Investigative Project on Terrorism among 33 "inner core" organizations that, like AIFD, exist to gin up hatred of Muslims and Islam. IPT "claims to investigate the activities and finances of radical terrorist groups, but makes all of Islam culpable," the report said.

No supporting evidence is provided.

It is a false claim. In fact, IPT frequently cites Muslims who oppose Islamism, ranging from liberal UK reformist Maajid Nawaz to Jasser, an American Navy veteran and physician. But we also have exposed many of CAIR's skeletons and emphasized its roots in a Hamas-support network in the United States created by the Muslim Brotherhood. We also frequently showcase radicalism exhibited by CAIR officials.

Saylor's statement about embracing debate echoes a recommendation in CAIR's formal report: "Empowering a diverse range of legitimate voices to persuasively contribute, particularly in the news media, to the views of Islam and American Muslims within public dialogue." [Emphasis added.]

CAIR, the statement implies, reserves the right to tell the public which voices qualify as "legitimate." CAIR's stated objective, therefore, is at odds with its own definition of how debate can occur.

"Our major holiday, Eid, is a topic of significant debate," he said Monday. "When is it going to happen – because it's based on a moon cycle? So if we can have these kind of healthy debates we want all of those voices to be trained and go out and speak to the public at large."

First, debate is limited to "simple practices of certain dietary requirements, or prayer or calendar issues," Jasser said. "None of the diversity that they're talking about is related to core issues of universal human rights."

Second, CAIR must ensure those engaged in debate are "trained" to participate.

When CAIR officials speak of diversity, Jasser said, they're referring to ethnic/national background. Muslim Americans come from all over the world, from the Middle East and Asia.

"Islam is an idea. It's not a race," he said, so true diversity includes different views about the faith and its application in modern life.

"When it comes to intellectual diversity, they're completely missing in action," Jasser said.

CAIR equates criticism of scholars or certain Islamist dogma with hate, he said. "They, with self-righteous indignation, refuse to accept the fact that somebody can love the community and love their faith and still be very critical of what is normatively felt to be Islamic law. That is un-American. Imagine somebody telling some of them that they are not good Americans because they disagree with this policy or that policy."

CAIR largely has ignored the Muslim Reform Movement and has not commented on the specific principles its members enumerated.

The Muslim Reform Movement issued a public Declaration of its principles. Among them:

We support the Universal Declaration of Human Rights, which was adopted by United Nations member states in 1948.

We reject interpretations of Islam that call for any violence, social injustice and politicized Islam. Facing the threat of terrorism, intolerance, and social injustice in the name of Islam, we have reflected on how we can transform our communities based on three principles: peace, human rights and secular governance.

We are for secular governance, democracy and liberty. We are against political movements in the name of religion. We separate mosque and state. We are loyal to the nations in which we live. We reject the idea of the Islamic state. There is no need for an Islamic caliphate. We oppose institutionalized sharia. Sharia is manmade.

To be true to its own call, CAIR needs to embrace these ideals or publicly explain why it will not. That might lead to an outcome Saylor said with a straight face that he wants – "More empowered voices" and "significant, healthy debates going on among ourselves every year, every day."

Now that would be a news conference worth watching.

The Impossibility of Honest Open Debate with Muslims

If you're a Musliim you believe the Quran is the direct word of God. You also believe that the Hadith are necessary to understand the meaning of the Quran's ambiguous and contradictory verses.

This presents an almost insurmountable obstacle for a Muslim who doesn't believe everything in the Quran. For instance, if you think slavery is immoral then you only have the choice of keeping it to yourself, deceiving yourself or lying. This is also why it may be impossible to "reform" Islam. As far as I have seen or heard most of the Westernized Muslims who try to defend their faith in public either make completely false claims, change the subject or just don't know what they're talking about. My experience in online debates with Muslims has repeatedly confirmed that many Muslims are completely deaf to reason and are so insecure they can only do one of the above options or jump straight into ad hominem attacks.

So that leaves the tiny minority of Muslims willing to go public and actually admit the truth about what they believe. Sadly, they then become targets of Muslims of all kinds as well as otherwise open-minded and left leaning Westerners who are too stupid to know the difference between criticizing the doctrines of Islam and hating Muslims.

Hillary is actually one of those people. She does NOT want an open and honest dialogue. She wants a dialogue where any statement of fact about Islam is surrounded with justifications, apologies, excuses, and disregard for reality.

What is needed is wide spread education about facts. When Muslims actual find out what is really in the Quran and Hadith they often just leave the faith. This is the only way out as far as I can see - more and more apostasy.

All the way from Y to Z!

CAIR is an insurgent agency infesting the Democratic Party, trying to spread the Big Lie that Islam is nothing but peace and love. But please don't mention their dipping Christians into Hydrochloric acid baths or using them for a bar B Q. Don't mention gay dropping from tall buildings, though... it's Islamophobic. Beware when they declare loudly that 'jihad' is simply a personal challange. Yeah. CAIR is the spearhead of their Islamic Caliphate in the U.S. and nothing less.