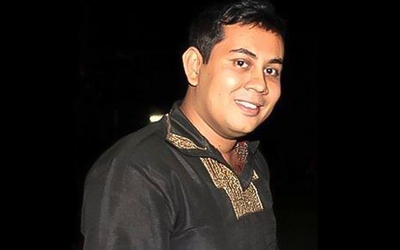 Neel, 40, is the fourth secular blogger murdered in Bangladesh this year.

American Avijit Roy, 45, was killed in February when he returned to Bangladesh for a book fair. The next month, 27-year-old Oyasiqur Rahman Babu, was murdered on his way to work. In May, masked assailants chased down 33-year-old Ananta Bijoy Das on a street near his home and hacked him to death.

"The nature of the attack is very similar to those on other bloggers murdered earlier," Dhaka Metropolitan Police Detective Branch Joint Commissioner Krishnapada Roy told reporters.

All four men criticized religious fundamentalists and extremists. Neel also advocated the death penalty for Islamists convicted of war crimes at the end of Bangladesh's 1971 war for independence from Pakistan. One of those convicted, Ashrafuzzaman Khan, lives in New York and is a past secretary general of the Islamic Circle of North America (ICNA).

Neel sought police help after receiving Islamist death threats, secular Bangladeshi writer Taslima Naseem said in a Twitter post. Police suggested he leave the country, but he wasn't able to do so. He reportedly took his pictures off his Facebook page in an attempt to lie low.

In a separate post, Naseem described an open season on Bangladesh writers who criticize Islam.
Islamists have a list of 84 "atheist bloggers" they wanted arrested for blasphemy, the BBC reported. Others describe it as a "hit list."

Neel was described as "the voice against fundamentalism and extremism and was even a voice for minority rights - especially women's rights and the rights of indigenous people" by Imran Sarkar, leader of the Bangladesh Blogger and Activist Network.

Dangerous to be secular in Bangladesh

Pity the poor bloggers in Bagladesh who got slaughtered while going about their ordinary lives for the 'crime' of daring to criticise Islam.

Beware any attempt to make criticism of religion a crime, anywhere in the West, because it only means that Islamicists are winning the battle to protect their monstrous religion from criticism.