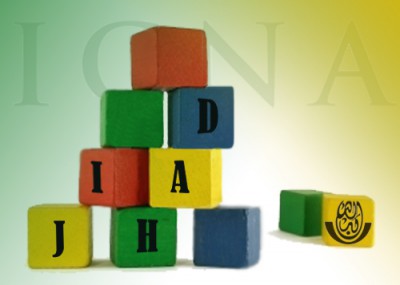 The Islamic Circle of North America (ICNA) is leading a pro-Sharia public relations campaign, aimed at persuading Americans that these beliefs aren't something to fear or leading to domination.

As it does this, however, it continues to guide followers toward texts that go in a starkly contrasting direction. It has pushed underground a series of curricula detailing its adult radicalization program, but more extremist materials pop up in youth events, the group's bookstore, and elsewhere.

ICNA has long been involved in the radicalization of its members, with an indoctrination process into South Asian and Muslim Brotherhood extremist texts. Many of those titles disappeared from ICNA and the ICNA Sisters' web pages after a series of articles by the Investigative Project on Terrorism.

That doesn't mean that ICNA has changed its tune. A recent investigation by the Toronto Sun revealed that the organization has marketed pro-violence and pro-Islamist texts, particularly by South Asian extremist Sayyid Abu 'Ala Maududi, through its Canadian bookstore. These texts, according to Canadian Muslim moderate Tarek Fatah, have a profound effect on the Muslim youth.

"This sort of literature lays the seeds into their minds that the West is the enemy, and they are the troopers who have to fight that enemy," Fatah told the Sun.

"Maududi, in his books, is asking for young Muslim men to wage war."

Required reading of some of Maududi's books is also still part of ICNA's membership process, especially for youth. This year's annual "Quiz Competition on Islamic Knowledge and Skills" tested 11th and 12th graders throughout the country on their knowledge of one of his masterpieces, Towards Understanding Islam.

"The greatest sacrifice made in the way of God is jihad. In it man sacrifices not only his own life and belongings, but destroys those of others as well," Maududi teaches in the text, which is posted on ICNA's youth website. "What comparison would the loss of some lives - even if it were thousands or more be to the calamity that would befall mankind as the result of the victory of evil over good. What comparison would it be to the tremendous anguish mankind would suffer if falsehood overtook truth, and if aggressive atheism won over the religion of God," he says, arguing that Islam must dominate all other political and social philosophies.

"Not only would the religion of God be eliminated, but the world would become the abode of evil, corruption, and perversion. Life would be disrupted from within and without. In order to prevent this greater evil, God has commanded us to sacrifice our lives and property for His pleasure." he adds.

Maududi explains that Islam should not be viewed like other religions, as a sphere of human life which plays a part in societal organization but does not control it. Rather, it is a "system encompassing all fields of living" including politics, economics, and legislation.

The same text was a recommended reading for 7th-10th graders participating in ICNA's Southern California branches for the 2010 quiz and debate program. Other recommended books include Maududi's A Short History of the Revivalist Movement in Islam and Abdullah al-Ahsan's The History of Al-Khalifah Ar-Rashidah.

A Short History of the Revivalist Movement in Islam says that Islamic revival demands that Muslims "determine exactly where to strike the blow so as to break the power of un-Islam and enable Islam to take hold of life as a whole." It also demands that the revivalist know when "to wrest authority from the hands of un-Islam and practically re-establish government on the system described as 'Caliphate after the pattern of Prophethood' by the Holy Prophet."

The need for a caliphate, an Islamic theological empire, is reinforced in The History of Al-Khalifah Ar-Rashidah. The book discusses rule of law and governance in the historical caliphate period, during Islam's early history from its founding until the Mongol Invasion, including the "principles [that] embody the archetypical Islamic state."

These events further serve as a way of involving more mosques in ICNA's radicalism. According to an ICNA report, a quiz event brought participants from across unaffiliated mosques and schools across the Dallas/Ft. Worth metro area, and encouraged the selling of Maududi's extremist literature in local Muslim bookshops.

Radicalism also hasn't disappeared from the group's conferences, despite apologies and excuses from ICNA over past anti-Semitic and pro-violence statements.

At the group's latest conference last December, Egyptian Islamist Ragheb Elsergany envisioned a day soon when "all of Palestine" would be liberated. Elsergany said the rise of Islamist governments in the Middle East and North Africa was clearing the way for "the Zionist entity" to "vanish absolutely."

While one-time extremist statements might be viewed as a fluke, Elsergany was at the center of controversy for ICNA's 2009 conference, for making similar comments. These statements made by Elsergany and others, were picked up by organizations monitoring hate speech. The conference was even labeled "a platform for extremist rhetoric" by the Anti-Defamation League (ADL).

In response, ICNA claimed that the inflammatory rhetoric was unexpected and not representative of the rest of the conference.

"In response to the ADL's statement, both MAS and ICNA categorically state that our organizations do not affirm any statements that reflect hatred of the Jewish people, or any other religious or ethnic community, or that call for the destruction of Israel. If any such unfortunate statements were made by any speakers at our conference in Chicago, we deeply regret them and affirm that such individuals will not be invited to future conferences," they claimed.

But not only did ICNA invite Elsergany back, his picture was featured in a scrolling montage of speakers on the conference website's home page.

In 2009, Elsergany explicitly endorsed jihad and told Muslims it is their duty to help finance it.

Elsergany then pushed people to donate money to the cause. "Allah has entrusted us with the money for our brothers and sisters, to confer upon the people of Palestine the surplus of our money. This is their right," he said. "They are the ones who face the Zionists with their chests, their nerves, their lives, their children, their holy places and their sacred places. They are the ones standing [in] front of us and we are standing behind them. You Muslims are abandoning this role."

In the 2011 conference, Elsergany also preached "liberation" of all the battlefronts of jihad throughout the world.

The continuation of extremist rhetoric, and the invitation of the very same hateful speakers to national conferences, begs the question of how serious ICNA is about the "rejection of extremism."

"Not only would the religion of God be eliminated, but the world would become the abode of evil, corruption, and perversion."

I had to laugh when I read this, having just finished reading an article about a piece proposed Egyptian legislation that would permit Muslim men to have intercourse with their deceased wives for six hours.

Islam is a sick, sick, sick creed, and its political agenda is evil.