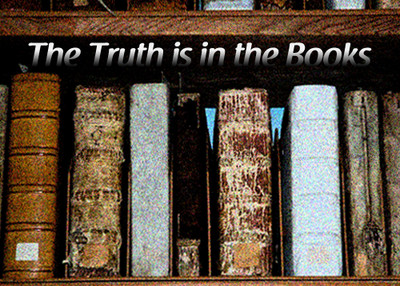 The Islamic Circle of North America's (ICNA) 2010 South Central Regional Conference last month at the University of Houston was more than just the local edition of ICNA's yearly theme, "Save Family – Save Society." Sessions like "Peer Pressure: Good or Bad" and "Parents and Our Responsibility" offered reasonable emphasis on issues of concern to any family.

However, increasing radicalism among Muslim American youth is a concern as well, and some of the literature available at the conference stood in contradiction with the stated goal of 'saving society.' Books by Islamist ideologues were widely available to conference attendees, including those by the godfather of modern Sunni terror movements and a Pakistani extremist who dreams of global Islamic governance.

These materials were in keeping with ICNA's long-standing promotion of extremist Islamist literature, a trend which was documented by the Investigative Project on Terrorism in connection with the radicalization of five young Americans arrested in Pakistan last December while trying to join the fight against U.S. troops.

The availability of such material indicates that, despite ICNA's positive public image, the organization hasn't taken promised steps to shed its ideological baggage.

ICNA has its own book service, which was created to provide "Islamic literature to Muslims living in North America." At the South Central Regional Conference, it provided the most radical titles for sale. Among them were Sayyid Abul A'la Mawdudi's The Aqsa Mosque and Zionist Designs, which revisits classic anti-Semitic themes and theories reminiscent of the Protocols of the Elders of Zion. Mawdudi was the founder of the extremist Pakistani group Jamaat-e-Islami, which advocates the Islamization of the entire globe, including non-Muslim lands and governments. Furthermore, ICNA has provided other materials by Mawdudi through its websites, which call for violent jihad as a duty for every Muslim. In one book available on ICNA's Youth webpage, Towards Understanding Islam, he wrote:

"In all these cases Jihad is as much a primary duty of the Muslims concerned as are the daily prayers or fasting. One who shirks it is a sinner. He is plainly a hypocrite who fails in the test of sincerity and all his 'Ibadat [worship] and prayers are a sham a worthless hollow show of devotion."

In the book for sale at the South Central conference, The Aqsa Mosque and Zionist Designs, Mawdudi focused on a grand, worldwide secretive conspiracy by the Jews against Muslims. This secretive cabal is designed to destroy the Aqsa Mosque in Jerusalem and take over the whole Middle East, with the aid of the Freemasons and the West. The Aqsa Mosque, also known as Masjid Al-Aqsa, is a key emotional focus of the Israeli-Palestinian conflict and continues to generate conspiracy theories from terrorist organizations like Hamas. The threat to Palestine, Mawdudi notes, is a challenge facing all Muslims:

"The mistake made so far has been to treat the Palestine question as an Arab Question. Muslims the world over have been saying that this is an issue of concern to Islam and the Muslims at large but some Arab leaders have been persisting in calling it an Arab issue. Allah be praised for the fact that the fire in the Aqsa Mosque has now opened their eyes and they have now recognized the fact that Arabs alone cannot take on the gigantic international Zionist conspiracy specially [sic] when it is fully backed by the big powers of the world." [emphasis original]

Indeed, the existence of a Jewish state is intolerable to Mawdudi, as he declares:

"The very existence of such an openly aggressive State is in itself a crime and a threat to world peace. It is particularly a threat to the entire Islamic World because the targets of its aggression are places sacred to Muslims. The existence of the State can now be tolerated no more. It must cease to exist."

According to Mawdudi, solving "the Palestine question" means pitting the Jews and the West against the Muslims. In the Aqsa text, Mawdudi casts world Jewry and Muslims into two opposing camps, in order to draw clear battle lines. In this book, Mawdudi writes:

"Against the Jewish world population of 16 million, Muslims number 750 million and they rule over around 32 countries in the world stretching from Indonesia to Morocco and West Africa. If the heads of these states come together (on the issue) and the Muslims of the entire world determine to back them up with material support and blood, it would not be very difficult, Allah willing, to solve this problem."

ICNA's book service also offered other controversial titles at the conference. For example, Mohammed Abdul Hameed Al-Khateeb's Al Quds: The Place of Jerusalem in Classical Judaic and Islamic Traditions, has the trappings of an academic text. However, the author belittles Judaism and Jews, offering either conversion to Islam or Dhimmitude - second class status under Islamic governance. Al-Khateeb states:

"So long as this [Jewish] national salvation history is pitted against Islam's universal vision of salvation for mankind there cannot be peace. Only Islam is acceptable to Allah the Lord of the Universe. Judaism was once a form of Islam with a powerful sense and vision of universal justice. However, in becoming Judaism and in rejecting both 'Isa [Jesus], who was sent to them by Allah from among themselves speaking in their own language, and the Messenger of Allah, the Jews have locked themselves into a concentration camp mentality."

"It is clear that when the Jews have the upper hand life becomes intolerable for other peoples, since others are not invited or welcomed into Judaism and yet they are not seen as having any real existence outside of it. Islam alone contains a universal vision for mankind regardless of race. If the Jews were to enter into Islam they would instantly become the brothers of a quarter of humanity. However, historically Islam always offered a second option: it offers to the peoples of previous revelations, the People of the Book, the possibility of their living under Islamic governance but according to what remains to them of their own revelations."

The violent and hateful messages of the books found at this conference fit in with what is offered through ICNA book lists around North America. ICNA's Southern California branch features a "selected book list" with several titles from Mawdudi, the Muslim Brotherhood's Yusuf Al-Qaradawi, and Sudanese Islamist Hassan Al-Turabi. Al-Qaradawi is the self-declared "Mufti of martyrdom operations," who famously prayed that he die as a martyr fighting the enemies of Allah, the Jews. Al-Turabi is a Sudanese Islamist cleric known for his close connection with Osama bin Laden and his dedication to overthrowing non-Muslim regimes.

Likewise, ICNA's northeast branch promotes a similar list, with additions authored by Muslim Brotherhood founder, Hassan al-Banna. Al-Banna's Pan-Islamic vision continues to inspire terrorist movements. He has praised violent jihad and degraded all Muslims who do not participate in it. Al-Banna stated, "Their [the warriors of Jihad] pure blood is a symbol of victory in this world and the mark of success and felicity in the world to come." On its website, ICNA Northeast hosts the al-Banna book, Peace in Islam, which declares:

"…fighting is one of the best virtues with which to gain the pleasure of Allah, the High and the Blessed, and death in His cause will realise glory in this life and in the hereafter. From this obligation no one is exempt except for those who are incapable of fighting, but they must equip others or guard their families when they are away, if they are able to do so."

Even the websites of ICNA's youth branches in the United States and Canada, host radical books by these authors. The Canadian branch also includes texts by terrorist ideologue Syed Qutb.

Qutb's writings have inspired terrorist movements all over the world. Young Muslims of Canada, ICNA's Canadian youth branch, hosts Qutb's famous book, Milestones. In this book, he declares that armed jihad is not a defensive concept, but rather, is one that is used to establish Islamic government over the whole world. He states:

"Those who say that Islamic Jihaad was merely for the defense of the 'homeland of Islam' diminish the greatness of the Islamic way of life and consider it less important than their 'homeland'. This is not the Islamic point of view, and their view is a creation of the modern age and is completely alien to Islamic consciousness…. Of course, in that case the defense of the 'homeland of Islam' is the defense of the Islamic beliefs, the Islamic way of life, and the Islamic community. However, its defense is not the ultimate objective of the Islamic movement of Jihaad but is a means of establishing the Divine authority within it so that it becomes the headquarters for the movement of Islam, which is then to be carried throughout the earth to the whole of mankind, as the object of this religion is all humanity and its sphere of action is the whole earth."

The spread of ICNA's bookstores continues. ICNA's book service website, which peddles hundreds of such titles from the same authors as well as books written by ICNA, notes:

"At present, I.C.N.A Book Service has branches in New York City, Dallas, Washington D.C, [sic] Houston and San Jose in United States; and in Toronto and Montreal in Canada. We are planning to establish more branches in other major cities of the US and Canada for the convenience of our customers."

The presence of anti-Semitic and violent books at ICNA's most recent regional conference is not an anomaly. Such texts are staples in ICNA's online libraries and for its book service. This fact is more than a curious reality for an organization that publicly pledged to combat radicalism among its young and impressionable members.