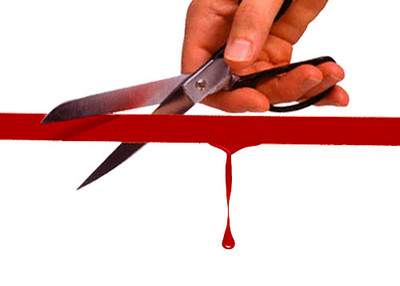 In an amazing bit of irony, a Qatari government fund is creating the Al-Qaradawi Centre for Islamic Moderation and Renewal, named after leading Sunni scholar and self-proclaimed "Mufti of martyrdom operations" Yousef Al-Qaradawi. Its director claims that the center will direct its "moderation" towards "politicians and economists," train imams, and show the "huge difference between terrorism and jihad."

Yet all of these stated goals directly contradict Al-Qaradawi's statements in support of terrorism, his desire to overthrow capitalism, and his position as a leading member of the Muslim Brotherhood.

Director Hasan Khalifa is a professor of Comparative Religion at Cairo University and a great admirer of Al-Qaradawi. He stated that the organization "would direct its works at politicians and economists to help them promote moderation in their respective areas."

In the realm of politics, there are numerous examples of Al-Qaradawi's "moderation." He has openly permitted the killing of American troops in Iraq and praised the "heroic deeds" from "Hamas, Jihad, Al-Aqsa Brigades, and others." Reports by prominent London newspaper Al-Sharq Al-Awsat, repeated Israeli claims that Al-Qaradawi was funding "the heart of Hamas," the Al-Islam Charity, through his Welfare Coalition. He has also pledged to fight the United States if it attacked Iran, stating:

"When America threatened it [Iran], I said I am against America. Iran has the right to possess peaceful nuclear power, and if America fights it, we would stand up against it [America]."

To top it all off, Al-Qaradawi has proclaimed himself the "Mufti of martyrdom operations" and stated:

"I have been affiliated with a group considered by Zionists as their first enemy; it is the Muslim Brotherhood that has provided and still provides martyrs for the cause of Palestine."

Al-Qaradawi is known for advocating the overthrow of Western capitalism. While sitting together with Hamas leader Khalid Mishal in a public meeting of the Al-Quds International Institution, an organization in which the two of them are both board members, Al-Qaradawi stressed:

"We have our own economic philosophy and system which others do not have. The collapse of the capitalist system, which is based on usury and securities rather than commodities in markets, shows us that it is undergoing a crisis and that our integrated Islamic philosophy, if properly understood and applied, can replace Western capitalism."

The center claims that it will "also publish and translate books about moderation so as to reach out to Western readers." Perhaps they will also disseminate Al-Qaradawi's Priorities of the Islamic Movement in the Coming Phase, which advocates violent jihad and supports nearly all of the Mujahideen movements affiliated with Al-Qaeda. In this book, Al-Qaradawi has stated:

"The Islamic Movement should consider itself at the 'beck and call' of every Islamic Cause and respond to every cry for help wherever that cry may come from. It should stand with Eritrea in its jihad against the unjust Marxist Christian regime… It should stand by Sudan against the treacherous Christian racist rebellion… It should support the Muslims of Philippines against the biased Christian regime… It should also help the Muslims of Kashmir in their struggle… [against] Indian imperialism which … is trying to turn it into a base of conspiracy against Pakistan and the whole Muslim world as a whole... Hamas is an embodiment of the Palestinian people's belief in its Muslim and Arab origins, and a testimony that the people are still alive and will never die and that jihad will be carried on by pure hands and clean hearts until victory is achieved with the Will of Allah."

Another goal of the center is to train preachers and imams "because they have more close contact with the masses and can spread moderation to them." Al-Qaradawi's "moderation" includes his views on how to achieve victory over the Jews, in which he stated:

"When I was asked why we did not achieve victory over the Jews and why the Jews' state was established, I said because they entered the battle as Jews and we did not enter it as Muslims… In fact, we have stripped the battle of any religious meaning. Therefore, we will never achieve victory except by religion and faith. This is a religious nation. It has religious roots. If you advocate to it socialism, nationalism, democracy, or any such thing, it will not affect it. However, if you say there is no God but Allah and Allahu Akbar, raise the Koran in front of this nation, and say O winds of paradise blow and O Allah's Brigades set out, you will find the entire nation behind you… they [the Arabs] will never get anything except by resistance. Resistance is our support in front of our enemy. Our enemy will not give us anything free or do us a favor. Independence and freedom are not given or granted to people. They tree of freedom is watered by blood."

Al-Qaradawi "has always been calling for acceptance of others, 'whether they are Muslims or not,'" said Center director Hasan Khalifa. Al-Qaradawi expressed such views in the following quote, from Priorities of the Islamic Movement in the Coming Phase:

"It is not right, in my view, that Christianity should monopolize all these [Western] countries unrivalled, or rivaled by Zionist Judaism that only joins forces with it against us. This is what I told our brothers in America, Canada, Australia, and other countries many years ago."

Perhaps, the statement to which he was referring was his 1995 speech at the MAYA conference in Toledo, Ohio, where he stated:

With all of his radical statements and hate speech, it is unbelievable that the Qatari Emir and Queen would sponsor a foundation in the name of Al-Qaradawi. This is especially worrisome, as the center is a part of its Western-oriented Education City, an effort to reach out to non-Muslim students. If these are the voices of a moderate Islam, which "are trying to fight extremism," what is left for the extremists?

For more information about Al-Qaradawi, please see the IPT's profile of him here.