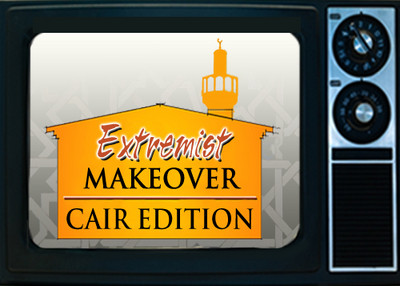 His "farewell" video was considered so disturbing, leaders of national Islamist organizations who normally are loathe to acknowledge such a thing as radical Islam, vowed to create anti-radicalization programs for young American Muslims.

Initial reports from Pakistan, where Ramy Zamzam and four friends were arrested in early December, indicated that they were there seeking jihad. They reportedly told police there that they tried to join an Al Qaeda-tied group but were turned away. Their ultimate goal was to fight American troops in Afghanistan.

"They have no remorse about their plans to commit terror acts," Usman Anwar, the police chief of Sargodha district where men were arrested, said in December. "Rather, they regret that they could not lay their lives while also killing some 'US imperialists.'" Zamzam did little to challenge this assessment while leaving court one January day. "We are not terrorists," he told a reporter. "We are jihadists, and jihad is not terrorism."

Now Zamzam, a first-year Howard University dental student, and his friends are on trial in Pakistan facing terrorism charges and relatives and attorneys are pushing a new narrative. They went to Pakistan for a wedding, the new story goes. They never intended to engage in violence. They have been tortured and the evidence against them is fabricated.

Zamzam's mother, Amal Khalifa, has granted a series of interviews in which she casts her son as a victim of government abuse. A mother's anguish is understandable. Had he not been caught, her son might be dead by now. Life in a Pakistani prison is not much of a consolation. Her story, though, is in direct conflict with what was said by her own advocates after the arrests in Pakistan.

Once they realized where their sons had gone and what they might be up to, the missing men's parents initially turned to the Council on American-Islamic Relations (CAIR) for help. Seeing the "farewell" video, CAIR told the families to alert the FBI.

CAIR officials boasted about this, offering it as proof it can be a reliable partner for law enforcement in the fight against terror. FBI officials cut off routine communication with CAIR in 2008, citing evidence in a terror-finance trial which placed CAIR in the midst of a Hamas-support network in America. The Department of Justice has called it "a participant in an ongoing and ultimately unlawful conspiracy to support a designated terrorist organization, a conspiracy from which CAIR never withdrew."

Khalifa's story of a recent trek to Pakistan to see her son has been chronicled in the Washington Post, New York Times, on CNN and elsewhere. Nearly all the stories note that the interviews were set up by, and held in, the Washington offices of the Council on American-Islamic Relations (CAIR). And while many reports do mention that her accounts conflict with the original narrative, CAIR officials thus far have not been asked why they're helping push a version of the story that – based on their own statements – they do not believe.

Here's how the New York Times described it after detailing Khalifa's arduous journey to see her son in prison:

"By her account, Mr. Zamzam asked about his two younger brothers and denied that he had had any plans to join militants. 'He said: "Mom, I love my country. I want to go back to my country. Why do the Pakistanis want to do this to us?"' Ms. Khalifa said in the interview, at the Washington offices of the Council on American Islamic Relations, an advocacy group that has assisted the parents."

No difference is more striking than Khalifa's description of her son's video, which Islamist leaders acknowledged in December was disturbing.

Its message is that "everybody has to love each other," she told CNN.

"It's very mild," she told the Post. "He's calm, quiet, talking in a low voice, about the relationships of human beings, that they should treat each other with respect, no matter the religion. That's what I recall."

In December, CAIR Executive Director Nihad Awad repeatedly offered a darker assessment. On PBS' "Newshour," he described its "juxtaposing images of war and putting with them, or next to them, verses from the Quran that sometimes people misunderstand and misuse. That made me and the families worry."

On CNN's "Larry King Live," he called it "almost a typical video that you see on the Internet. Young Muslims misled and also misunderstanding certain verses of the Quran, juxtaposing images of conflict to justify actions that they would like to take. So that's, to me, disturbing."

And that matches law enforcement's critique. Credit Post reporter Brigid Schulte for citing law enforcement sources describing the video as "'the same finger-pointing, spitting at the camera mumbo jumbo' that extremists often post on the Internet."

CNN offered a Pakistani rebuttal to Zamzam's torture claim. He claims he and his friends were beaten and deprived of sleep for extended periods:

"Nadeem Kiani, a spokesman for the Pakistani embassy in Washington, vigorously denied the allegation. The youths have had regular consular access from American officials, he said, and there have been no formal complaints of mistreatment lodged by them."

"We've been meeting with them from the first days they were in custody and have not seen any evidence of mistreatment."

As we've reported previously, Awad has tried to minimize the severity of the case, arguing that because relatives came forward to report their disappearance, American prosecutors should not charge the five young men if Pakistan releases them.

"Charging them and throwing them in jail is not the solution," he told the Post. "The government has to show some appreciation for the actions of the parents and the community. That will encourage other families to come forward."

CAIR routinely stakes out positions hostile toward law enforcement. It has been aggressively stirring up suspicion and anger over an October shooting in Detroit that left an imam dead after he fired a gun as agents moved in to arrest him. Now it seems to be helping spread a story it doesn't believe to excuse an attempt to wage jihad against American troops.

Among the exhibits that got CAIR in hot water with the FBI was a 1993 transcript from a secret gathering of Hamas supporters in the U.S., including Awad and a fellow CAIR founder. They met to discuss ways to "derail" U.S.-led peace efforts between Israelis and Palestinians, but recognized they couldn't come right out and say they supported Hamas. "War is deception," one argued, a point enthusiastically endorsed by CAIR co-founder Omar Ahmad.

If helping spread revisionist history isn't deceptive, what is?