Introspection, Not Rationalization, Needed in Wake of Fort Hood Slaughter 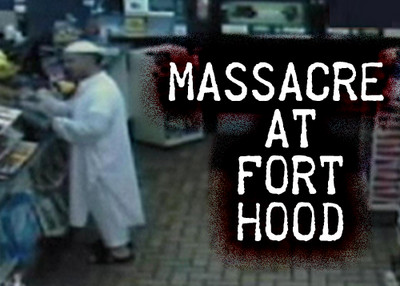 A picture of Nidal Malik Hasan is emerging from the slaughter he carried out Thursday during a ceremony at a Fort Hood readiness center, leaving 13 people dead and another 30 wounded.

Born in Virginia, sent to medical school by the U.S. Army, the psychiatrist was chastised for proselytizing to his patients about Islam. Asked his nationality, he didn't identify himself as an American but as a Palestinian. He appeared pleased by the shooting death of a Little Rock Army recruiter in June and reportedly was heard saying "maybe people should strap bombs on themselves and go to Times Square."

In the fateful moment before he opened fire on his unarmed victims, he shouted "Allahu Akhbar."

With each new disclosure, some media outlets and organized Islamist groups increasingly are trying to deflect attention away from Hasan's religious motivation. In a statement condemning the attack, the Muslim American Society's Freedom Foundation referenced past shootings by soldiers on their bases and cited the suicide rate at Fort Hood.

The Council on American-Islamic Relations (CAIR) issued a statement once the killer's name was known condemning the attack and saying "No religious or political ideology could ever justify or excuse such wanton and indiscriminate violence."

The condemnations are welcome and appropriate if not the only thing that could be done in response to the tragedy. As we have noted previously, such unequivocal statements are much harder to come by when arrests are made before the killings can be carried out or when the killers share the Islamists' ideology.

Arab-American Anti Discrimination Committee President Mary Rose Oakar issued a statement calling the Hasan attack "absolutely deplorable." But she also emphasized that the violence "has nothing to do with any religion, race, ethnicity, or national origin."

"He could have just snapped from some kind of stress. The thing is when these things happen and the guy's name is John Smith nobody says well what about his religious beliefs? But when it is a Muslim sounding name that automatically comes into it."

Contrast that with blogger Shahed Amanullah's willingness to address the matter with courage and honesty lacking among the American Muslim community's self-anointed national spokesmen:

"Hasan, an Army psychiatrist, was reportedly troubled by his impending deployment to Iraq. Mental instability and depression has resulted in violence within the armed forces before. But unless Hasan left an explicit message to that effect, a religiously-inspired political act of violence is, much as we'd be unwilling to admit it, entirely plausible. With that in mind, Muslims will have to ask themselves some difficult questions as to why there are still those among us who continue to find justification for acts such as this in their faith."

Hasan's murderous rampage is just the latest in a string of attempts to murder American soldiers at home. It's a point Daniel Pipes made in 2003 after Hasan Akbar, a sergeant in the 101st Airborne Division, rolled a grenade into a tent holding his fellow soldiers on the eve of the invasion of Iraq. Akbar was found legally sane, convicted and sentenced to death in 2005.

In June, Abdulhakim Muhammad killed an Army recruiter in Little Rock and wounded a second recruiter. He told investigators he would have killed more people if he had seen them.

Fortunately, other plots were broken up by law enforcement before anyone got hurt. But in those cases, the Islamist organizations have cast the FBI as engaging in a sinister effort to entrap people otherwise uninterested in violence or incapable of carrying it out.

On May 7, 2007, six individuals were arrested for plotting an attack on the Fort Dix military base in New Jersey. The goal of the attack, according to court documents, was to "kill as many soldiers as possible." Following a jury trial, the plotters were found guilty on charges of conspiracy to harm U.S. military personnel on December 22, 2008. CAIR initially was supportive following the arrests saying, "we applaud the FBI for its efforts and repeat the American Muslim community's condemnation and repudiation of all those who would plan or carry out acts of terror while falsely claiming their actions have religious justification."

Later, CAIR also requested that media outlets and public officials refrain from linking this case to the faith of Islam. The council asked mosques and Islamic institutions in New Jersey and nationwide to report any incidents of anti-Muslim backlash.

On May 20, 2009, James Cromitie and three others were arrested and indicted on charges arising from a plot to detonate explosives near a synagogue in the Bronx and to shoot down military planes at the New York Air National Guard Base at Stewart Airport in Newburgh, NY. Although they initially condemned the plotters and congratulated the FBI on its efforts, MPAC came to question the motives and methods of the FBI saying that "none of these cases that we're talking about now involved in al Qaida cells. These were individuals who were either petty criminals or gullible people who were guilty of stupidity. They were not imminent threats to our country, as the FBI has stated."

On July 27, 2009, Daniel Patrick Boyd and six others were indicted in North Carolina for planning to "advance violent Jihad including supporting and participating in terrorist activities abroad and committing acts of murder, kidnapping, or maiming persons abroad," after three years of being under surveillance by the FBI. Among the allegations was that Boyd and his co-conspirators intended to attack the Quantico Marine base. Because a member of Boyd's group cooperated with law enforcement, MPAC insinuated the FBI improperly investigated the case: "the arrests come at a time when questions have been raised about the use of FBI informants in mosques and tense relations between law enforcement and local communities."

The same pattern has been applied in the past two weeks, since FBI agents shot and killed a Detroit imam who fired first. Luqman Abdullah had a long history of advocating an offensive jihad and using his mosque for training in martial arts and with weapons. Yet CAIR and other Islamist groups have argued his religious justifications should not be a part of the case and allege the FBI reacted with excessive force after Abdullah fired his weapon.

There's obviously a lot more to Hasan's attack still to be learned. He reportedly dreaded his pending deployment to Iraq and may have snapped. But to dismiss his statements about people "strap[ping] bombs on themselves" or that Muslims should rise up and fight the aggressors is irresponsible and counter productive.

This is no isolated incident and the sooner national groups face that fact, the sooner they might heed Amanullah's challenge to engage in a genuine search for the causes and confront those who help foster such violent ideology.

To call this an act of terrorism like the Ft Dix plot or the Boyd case is a stretch, just as it is a stretch for American Muslims to say this had nothing to do with Islam. What appears to have occured is that a man with a combination of a troubled psyche, mixed with buy-in to the us versus them mentality that many Muslims in the world share, went off the deep end. This is a dangerous mix, and one that could be repeated, and for which we should be watchful in the future. But this guy is no AQ wannabe.

Wake up America and the Modern World, HELL IS HERE!

I would suggest folks do some research on the Muslim Brotherhood Project; here are some links that will help you understand what the WORLD is facing.

The actual project in Arabic with English translations http://www.investigativeproject.org/documents/misc/20.pdf

The Muslim Brotherhood "Project" By: Patrick Poole
FrontPageMagazine.com | Thursday, May 11, 2006

You need to read Dave Gaubatz book, Muslim Mafia: Inside the Secret Underworld that's Conspiring to Islamize America. He can be contacted at davegaubatz@gmail.com.

Dave was the first U.S. civilian (1811) Federal Agent deployed to Iraq in 2003. He is the owner of DG Counter-terrorism Publishing. He is currently conducting a 50 State Counter-terrorism Research Tour (CTRT).