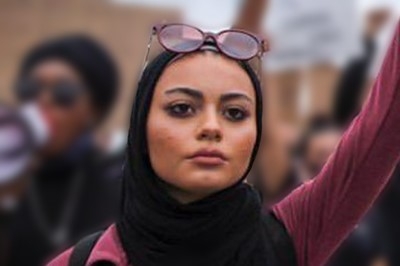 In baseball there is a hard and fast rule: Three strikes and you're out. But in politics, such fundamental rules don't always stick. That's especially true for the Council on American-Islamic Relations (CAIR), which continues to swing away despite repeatedly missing the mark of truthfulness when it comes to accusations against legitimate law enforcement practices.

The latest example comes from a June 10 protest against racial inequality in Miami. An estimated 60 protesters blocked streets near the city's Torch of Friendship downtown. The protest turned violent when the protesters moved into Miami's Bayfront Park, destroying property and damaging two statues, one of Christopher Columbus and the other of Ponce de Leon.

When police tried to break up the demonstration and told the crowd to disperse, some protesters attacked. Seven people were arrested on charges including assault, criminal mischief, resisting arrest, and inciting a riot. One of them, 18-year-old Alaa Massri, allegedly hit an officer as he tried to arrest another protester.

She, along with the others arrested, were taken to the Miami-Dade Corrections Center to be processed and detained pending a court appearance.

Subsequently, the charges were dropped against four of the seven arrested, including Massri, and they were released from custody.

"The State of Florida is unable to file charges in this case because the State will not be able to prove beyond a reasonable doubt that the defendant intentionally and unlawfully struck the police officer," Miami State Attorney's Office spokesperson Ed Griffith said in a statement.

But Massri a college student, launched a petition drive claiming her treatment at the jail amounted to an "appalling violating of her religious rights." One account tried to connect that petition to a decision not to prosecute her.

Massri, who by her own admission has been involved in a number of protests that ended with police action, had to remove her clothing while searched, and claimed personnel at the Miami-Dade Center forcibly removed her hijab and that she was photographed without it during the process. She claims they didn't let her put the hijab back on for hours.

"As a Muslim," the petition says, "Ms. Massri is required to cover her hair with a traditional headscarf (hijab). She repeatedly made officers aware of this fact, yet they still removed her hijab in front of male police officers (completely disrespecting her way of life) ... They consciously took away her rights to be a woman practicing Islam and spread an image she never thought would be out in the world."

That's when CAIR-Florida attorney Omar Saleh picked up the bat and continued to swing at alleged police misconduct. "We believe that [the]Miami Police's forceful removal of Ms. Alaa Masri's hijab for a public booking photo is a severe violation of her constitutionally protected religious freedoms," he said in a CAIR news release.

The release linked to "a Launchgood fundraising campaign #Justice4Alaa www.Launchgood.com/Justice4Alaa," which collected $26,285 from 1,170 donors. Presumably, the money was to defend against charges that never were brought.

The Launchgood page says the money also will go to "cover costs in a civil suit against the police department and jail to hold them accountable and ensure this doesn't happen again," along with "a campaign to change all police department polices in Florida to protect the hijab of Muslim women arrested."

Next up in the batter's box, CAIR Florida Executive Director Hassan Shibly took another swing at the accusation of law enforcement's mistreatment of Ms. Massri. "She was wrongfully and unconstitutionally photographed without her hijab, and it was made accessible to countless media outlets," he told reporters.

Massri called her arrest a "personal attack" and that the removal of her hijab was a police attempt to humiliate her.

Constitutional violations, religious freedoms violations, intimidation tactics. It would all be terrible if it were true. But the record and the law show it is not.

Massri was not singled out for the booking search because she was a Muslim. Her search, which included the removal of all her clothing, was neither a violation of the Constitution's Fourth Amendment on searches nor the First Amendment's protection of religious liberty.

In 2012, the United States Supreme Court ruled that people being processed into a correction/detention center after arrest, no matter the severity of the charge(s), were permitted to be subject to a strip search.

There was no religious exemption for specific articles of clothing such as a yarmulke, a pagri (Sikh), or a hijab.

"The Miami-Dade Corrections and Rehabilitation Department has policies in place in order to accommodate inmates who wear head coverings for religious reasons," Miami-Dade Corrections and Rehabilitation Public Affairs Manager Juan Diasgranados told the Investigative Project on Terrorism (IPT). "Arrestees who claim or appear to be of a particular faith, are allowed to keep their head-covering once it has been searched for contraband and the booking photograph has been taken."

The jail was reviewing the incident to determine if officials followed the policy of returning Massri's head-gear in a timely fashion.

Arrest reports, including photographs, are public records under Florida law. Releasing Massri's arrest report did not violate any law.

In a time when activist groups are critically examining law enforcement practices, with some calling for defunding or abolishing the police, it might behoove groups like CAIR to get the facts straight before claiming that a police agency violated the Constitution when arresting a violent protester. Otherwise they will continue swinging and missing the truth.