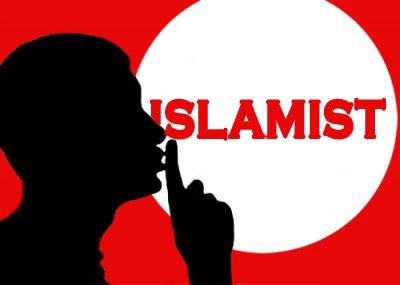 When India is accused of enacting discriminatory or threatening policies toward its Muslim minority, American Islamists are quick to protest. News conferences and social media campaigns cast an image of a looming genocide.

When religious and ethnic minorities in Muslim-majority Pakistan actually are persecuted or harmed, however, that same concern for religious liberty fails to materialize.

The law passed with "the express purpose of revoking the citizenship rights of millions of indigenous Indian Muslims," the USCMO press release claimed. India insists this is not true.

These allegations paint a false picture of one-sided government-sponsored "pogrom" against Muslims.

A majority of those killed were Muslim, but many Hindus also perished in the communal clashes, including civilians, a police officer and an Intelligence Bureau staffer. Investigations are trying to identify the riots' instigators.

For all the concern about India allegedly aiming to eliminate its Muslim minority, Islamists ignore the fact that Pakistan has nearly accomplished a similar goal for other minorities.

Girls among Pakistani minority communities, including Hindus, Christians, and Sikhs, have faced routine kidnappings and forced conversions to Islam before being married off to Muslim men.

"Each year hundreds are abducted and forced to convert and marry Muslim men," said a December 2019 Christian Solidarity Worldwide (CSW) report on the status of religious freedom in Pakistan. "Victims have little or no hope of being returned to their families due to the serious threats and intimidation from abductors against the girls and their families."

As a result of the repression, Pakistan's minority population plummeted from 23 percent in 1947 to just 3 percent today.

These massive civil rights violations and ethnic cleansing in Pakistan do not draw attention from the American Islamist groups.

Many of the Islamist groups under the USCMO umbrella have connections to the Muslim Brotherhood or a former Hamas-support network in the United States called the Palestine Committee. The Islamist coalition has an overtly political objective and sponsors the National Muslim Advocacy Day to lobby policy makers on the Hill. The Investigative Project on Terrorism first exposed the close nexus between USCMO and American Islamist groups with Turkey's ruling Justice and Development Party (AKP). As such, their concern over people's rights and persecution often are narrowly focused.

Since India ended autonomy in Kashmir for the Himalayan Muslim-majority state, and since India's subsequent citizenship law, American Islamists have pushed alarmist rhetoric that Muslims – who constitute 14 percent of the country's 1.3 billion population – face political disenfranchisement and genocide.

American Islamists described the Indian move in Kashmir as "nothing short of a crisis for the entire humanity. The Indian atrocities continue unabated. Every week dozens of Kashmiris are losing their lives." But they remain silent about some of the deadliest attacks perpetrated by Pakistan-based jihadi groups in Jammu and Kashmir, including the killing earlier this month of five Indian soldiers by terrorists in Handwara in north Kashmir and an attack on Indian paramilitary forces a few days' later in which four civilians and a police trooper were injured.

India's BJP wants "to make India a Muslim-mukt [free] country," Mohammad A. Siddiqi, dean of Academic and Student Affairs at Northwest Suburban College in Rolling Meadows, Il., said during a May 14 webinar sponsored by the Islamic Circle of North America Center for Social Justice (ICNACSJ). He also complained that India's nationalist government had made "strategic alliances with Israel that trained Indian Army and paramilitary forces in brutal techniques of suppressing dissent and public protest."

ICNA has been described as "openly affiliated" with the South Asian Sunni revivalist movement Jamaat-e-Islami (JI). In addition to advancing a rigid interpretation of Islam, JI has provided an ideological platform and recruiting base for the U.S.-designated terrorist group Hizbul Mujahideen (HM), which has perpetrated several terror attacks in Jammu and Kashmir.

ICNA's leadership not only has deep-rooted ties to the JI, it has glorified jihad and martyrdom in Kashmir and Palestine and speaks in support of Islamist and Islamist movements. ICNA's numerous publications, including a 2010 Members Handbook, state its mission is "the Establishment of Religion" in North America. In 2016, ICNA's former leader, Ashrafuzzman Khan, was tried in absentia by a Bangladesh war crimes tribunal and sentenced to death. The tribunal claimed Khan was the "chief executor" of the Al-Badr killing squad, JI's militant offshoot. Khan was alleged to have participated in the murder of 18 Bangladeshi intellectuals during the country's 1971 war of independence.

While India's policies are hotly debated, Pakistan's systemic abuse of its minorities fails to generate the same international uproar. That abuse even targets Muslim minorities.

The Ahmadi (or Ahmadiyya) community has endured institutionalized discrimination in Pakistan for decades. A 1974 constitutional amendment, in fact, prohibited the sect from even calling themselves Muslims. Pakistani military forces have long used a "kill-and-dump" policy of executions as an instrument of terror and ethnic cleansing in its largest and richest Balochistan province.

Thousands of people have been reported missing since the launch of a military operation in 2005 against an uprising by ethnic Baloch groups. The Mohajirs, Muslim immigrants from India, also have a long history of persecution by Pakistan. Pashtuns from the northwest Federally Administered Tribal Areas (FATA) have also suffered brutal repression at the hands of the Pakistani military.

People who violently enforce this repression have been celebrated, even in the United States.

In 2017, the Gulzar e Madina Mosque in Pikesville, Md. glorified the terrorist who murdered a former Pakistani governor opposing Pakistan's blasphemy laws. In 2011, Salman Taseer was shot dead by his bodyguard, Mumtaz Qadri, for defending Asia Bibi, a Christian woman convicted of blasphemy.

Qadri has become an exalted figure in Pakistan. He was hanged for murdering Taseer, with his funeral drawing thousands of mourners who chanted, "Qadri, your sacrifice will be remembered." His gravesite has become a shrine adorned with rose petals and Quranic references.

Bibi, meanwhile, spent eight years on death row before her conviction was overturned. She was able to escape Pakistan and secure asylum last year in Canada.

Bibi's plight went ignored by American Islamists. The same thing is happening after the December death sentence against a Pakistani English literature professor for blasphemy. Junaid Hafeez was accused of advocating for secularism and insulting Islam and its prophet Muhammad, including on a Facebook group called "So Called Liberals of Pakistan."

Islamists have also overlooked the persecution of minorities in Turkey, which is governed by Islamist authoritarian Recep Tayyip Erdogan. Christians, for example, face increasing persecution in Turkey. American pastor Andrew Brunson, who had been living as a missionary in Turkey for 24 years, was convicted for allegedly participating in a 2016 coup plot. He was released more than two years later following pressure from the U.S. government, and returned home.

In 2018, the historic Turkish repression of its stateless Kurdish minority reached its peak when tens of thousands of civilians were forced to flee Afrin, a Kurdish-majority city in northern Syria, following a Turkish-government led operation to expel the People's Protection Units (YPG), a Kurdish militia group from Afrin.

Islamists have also refused to acknowledge the 1915 Armenian genocide in which 1.5 million Armenians were killed by Ottoman Turks. In fact, the USCMO supported the Turkish position on the genocide.

"In this respect, characterizing the events of 1915 as genocide without proper investigation of these events by independent historians will not only jeopardize the establishment of a just memory pertaining to these events, but will also damage the efforts aimed at achieving reconciliation between Turks and Armenians," said an April 2015 USCMO press release.

By staying silent on real atrocities against minorities in Muslim-majority countries while pushing fabricated accounts of "genocide" against Muslims in Hindu-majority India, American Islamists show they are willing to compromise truth and principle to advance an Islamist agenda.