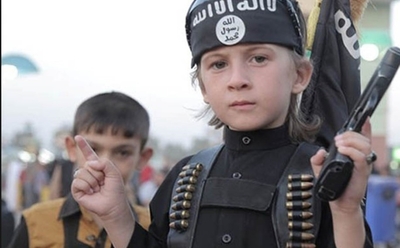 It's the question that has consumed governments and counterterrorism officials since the Islamic State first took hold: what to do with the foreign ISIS fighters – the ones from Europe and America – when they decide to come back home?

As many now attempt to return, the question remains unanswered.

Most of these former fighters, along with widows and children, are now housed in so-called "camps" in Syria and Iraq, guarded by the Kurdish military – allies of Western forces engaged against the Islamic State. Over the past several months, some European countries have made efforts to repatriate the children – and occasionally some of the women – in the hopes they can be deradicalized. Many of the women, too, insist that they either never adhered to ISIS ideology, or that they have since rejected it.

But the conditions in the camps suggest that, rather than deradicalizing, many of the detainees in fact are becoming more radical – including women who initially made the trip to Syria unwillingly, traveling alongside their husbands. Worse, recent reports indicate that their children, too, are increasingly at risk.

Confounding the issue, according to a December report by ABAAD, an organization that fights gender-based violence, heinous and omnipresent sexual and domestic violence are devastating the lives of thousands of these women, children, and even many men who are being held in the camps with them. Indeed, according to the report, "no residents are safe, regardless of gender." Women face physical, sexual, psychological and verbal violence, as well as economic exploitation. Children are experiencing high rates of physical, sexual, psychological and verbal abuse, and are often deprived of education or opportunities to play. And physical, psychological, and sexual abuse is common among the men, who are frequently subjected to forced conscription.

In addition, independent journalists have reported that at the Al Hol camp, which houses 70,000 former ISIS fighters and their families, "240 children had died in the camp or on their way to the camp, which is plagued by shortages of food, water, and medicine."

The cumulative effect confronts those same Western countries, already uncertain about whether and how to repatriate ISIS families, with a new, double-edged sword.

Do they intervene to rescue these women and children from the violence they endure, or err on the side of national security as those same women and children begin to radicalize? And if they are radicalizing, is it not better to move them out and away from those influences before it is too late? Or has "too late" already passed?

There is good reason to wonder. Psychologists have long known that violence breeds violence, or in popular psychology terms, "hurt people hurt people." Those who are shamed by abuse are more likely to seek to retake their power – or "honor" – through violence against others. In dozens of studies of violent criminals in the U.S. prison system, for instance, psychiatrist and NYU professor James Gilligan has found repeatedly that the primary motive for their violence was an effort to regain "respect," and that "respect" was understood as a patriarchal, macho show of force.

It is this desire which largely explains why so many terrorists (Boston bomber Tamerlan Tsarnaev, Pulse nightclub shooter Omar Mateen, Osama bin Laden, and Pittsburgh Tree of Life synagogue shooter Robert Bowers, for example) had a history of domestic violence, either as perpetrators, victims, or both.

This dynamic is already playing out in the camps, says Jay Feghali, author of the ABAAD report.

"Patriarchy is a root cause of gender-based violence," he wrote in a recent e-mail. "For example, rape is used as a tool of war against both men (to diminish their 'manhood,' to make them feel they are 'not men,' and to destroy their psychosocial well-being) and women (to 'dominate' them, to 'wipe out the honor of their men,' to 'put them in their place,' etc.)."

Similarly, he added, many men freely admitted to abusing women, which they justified "by the fact that [they] felt that they were 'less of men' because they no longer had breadwinning roles, and the women were working fields or making handicrafts or simple food production etc. in order to support the family."

Conditions in the camps also exacerbate the problem.

"Poverty, unemployment, and displacement over seven long years of hardship create a level of stress and pressure for men, women, boys and girls that may lower the threshold at which they resort to violence," notes a report from the UN Populations Fund (UNFPA). As one woman from the Ein Issa sub-district told the UNFPA, "Everybody is angry at this situation. Men express their anger by shouting at and beating their wives. Mothers express their anger by beating their children, and children do the same by fighting with each other."

But the violence is not limited to family: there has been a rise in the number of women joining new, ad-hoc women's police forces modeled on the religious patrols of the Islamic State in Raqqa, El Pais reports. At Al-Hol, for instance, in addition to those who mete out punishments to women caught without wearing a veil, "there are the verdugas, who enforce death sentences and other punishments such as burning down shops or beating up those who don't obey the laws of the female bosses."

The outcome, camp guards told El Pais, is a "de facto radical matriarchy... a pioneering movement among jihadist groups that is radicalizing all the women held captive in the camp. And also [sic] radicalizing the nearly 40,000 minors who have never known a world outside the caliphate and throw rocks at journalists while pointing their index finger to the sky."

True, it is hard for many to find sympathy for the men being abused, even those who have been victims of rape, given that most if not all of them are guilty of bloody, torturous abuse themselves. Many have taken part in beheadings and other murders of innocent men, women and children they perceived as "infidels."

But because the women have not been involved in such activities, whatever their ideology, most Western countries still consider bringing them home. Now, though, they will have to investigate each of these women more thoroughly before making any such decisions: is she one of the new "matriarchy" of radicals, or a victim? And just how innocent are their children?

There are, however, some good signs, according to the UNFPA. Kurdish and NGO workers in the camps have made headway in encouraging women to come forward with their stories, rather than simply living with abuse.

"Since the onset of the war and the humanitarian crisis, numerous organizations have begun working across Syria, building service provider capacity to improve their response, and working directly with women survivors of violence," Feghali says. Through this, "services such as women's empowerment... gender based violence, child protection, legal rights, psychosocial, sexual and reproductive health and rights, as well as regular awareness-raising has resulted in a generation of women who are more aware of their own rights, how to ask for them, how to protect themselves, how to obtain crucial types of support, and how to better utilize positive discipline (as opposed to aggressive or violent) in child-rearing."

It sounds promising. But the harsh truth is that any marked change is likely to take generations, and even then, only among a small population. These same women are simultaneously being seduced (or threatened) by the violent radicalism these programs are designed to discourage and destroy. There is no way of knowing which direction they will choose.

Hence the larger picture remains what Human Rights Watch researcher Sara Kayyali described to the New York Times as a "cycle of violence."

"ISIS has committed atrocities against the world," she explained. "Policy makers don't want to deal with anyone connected to ISIS. Then they're re-radicalized by mistreatment, and they go back to what they know."

To be sure, European policy makers are dealing with those connected to ISIS. But their efforts are largely confused, feeble, and lack uniformity. The UK recently revoked the citizenship of Shamima Begum, a Bangladeshi-British woman who joined ISIS in 2015 and refused to allow her to return to British soil.

Other countries, like the Netherlands, continue to debate allowing children to return alone, without their mothers – even those mothers in physical danger in the camps. Overall, notes the International Crisis Group, a Brussels-based NGO, "Although some courts (in the UK, Germany and Belgium) have weighed in to require governments to repatriate children, these narrow decisions have not changed overall policy."

And so the horror and the tragedy of the Islamic State, even a year after its collapse, continues.