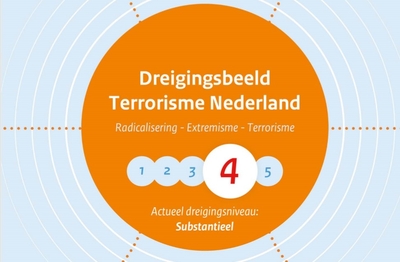 It's been a relatively quiet year for jihadists in the West, with only six attacks in Europe, compared to 20 in 2017. This, combined with the military fall of the Islamic State, has led politicians and pundits alike to declare a victory of a sort: ISIS is defeated, they announce, or condemn concerns about potential Islamist terrorist attacks as racist "Islamophobia."

A report issued earlier this week by the Dutch National Coordinator of Counterterrorism and Security (NCTV) confirms that Muslim extremism, and particularly Salafism, is on the rise across Europe, as are recruiting efforts to radicalize European Muslims through Salafist schools, mosques, and social groups. What's more, ISIS continues to be a threat, largely through the possibility of returnees – Europeans who fought with ISIS and now are trying to come home – bringing their ideology and training with them. ISIS, meanwhile, continues to recruit through propaganda, most of it online. And despite their losses, the Terror Threat Report Netherlands report (known as the DTN report, for Dreigingsbeeld Terrorisme Nederland) says that both ISIS and al-Qaida are prepared to attack Europe "at any moment."

The report comes at a crucial moment, as European governments struggle with the question of whether to accept returnees, or leave them in former ISIS territory after the United States withdraws most of its troops, as President Trump is planning. In fact, "those foreign fighters that are being captured right now generally belong to the hard core of the jihadi movement," Jason Walters, of Blue Water Intelligence LINK, a Dutch counterterrorism organization, said in an e-mail. "There is no known case of anyone belonging to the hard core of the movement having deradicalized "through deradicalization programs."

Walters would know. A former member of the Dutch extremist Hofstadgroep – whose leader, Mohammed Bouyeri, murdered writer and filmmaker Theo van Gogh in 2004, Walters served nine years of a 15-year prison sentence after being convicted of terrorism in 2006. During that time, he later told an interviewer, he read the works of philosophers like Heidegger and Nietzsche, and began asking the questions – "what is truth? What is knowledge?" – that, as he put it, destroyed his world view. He soon left not just radicalization, but all of Islam behind.

The same, however, could not be said of his brother, Jermaine, also a Hofstadgroep member. Unlike Jason, Jermaine joined the Islamic State; he was killed in battle in Raqqa in June 2015. His brother's death, and his involvement in ISIS, has made the issue of returnees particularly urgent for Walters.

Hence he echoes the DTN report's stern warning of the dangers returning jihadists, especially women, will pose to Western countries – not just Europe, but Canada and the United States as well. But the report itself goes further, pointing to developing international networks between returnees and Salafist ISIS fans both within and outside of Europe.

Moreover, both returnees and Salafist ISIS fans are showing growing interest in using chemical and biological weapons, as demonstrated by efforts last year to produce ricin in Germany and poison the drinking water in Sardinia, Italy. However, such attacks for the most part are too complex to be useful, the report says, and "there are more than enough possibilities to stage a successful attack without chemical or biological weapons."

And Salafism, an extremist, violent version of Islam, is on the rise across the west, and forms a threat far too often overlooked. "Those who promote Salafism carry a theocratic message based on a strict and exclusive belief" in Allah, the report explains, and with it, absolute adherence to Allah's laws, or Sharia. "The message ... works to reject and reverse the institutions of democracy, both as a political system and as a form of society. Within the Salafist movement, political Salafists actively strive for an alternative social structure, which cannot be reconciled with Dutch democratic principles."

Often, Salafist social groups become meeting places for jihadis and impressionable youth. And the numbers of such youth are growing with the establishment of more Salafist-led schools in Europe, and with the increasing number of European Muslim youth attending university in Medina, with the goal of spreading the Salafist message.

All of this is part of an agenda among political Salafists throughout Europe to "organize political resistance and opposition and .... found a powerful Salafist column against the immorality of society, against anti-Islam forces, and against oppression," the report states.

For Walters, it is because of such agendas that it is high time for the public and the media to pay attention. In that regard, he believes, reports like Terror Threat Report Netherlands are crucial, just as they are critical to the success of larger counterterrorism efforts. "It's to be hoped that [the report] also is absorbed by the public debate. We can have no public discussion that is not based on knowledge," he wrote on Twitter.

In an e-mail, he repeated the sentiments, if more cautiously. "Of course, it remains to be seen to what degree this will actually trickle down to the political and public debate," he wrote. "The NCTV has written some excellent studies in the past, which by and large seem not to have led to a more informed debate in the media and certain academic circles. I truly, genuinely hope this time it will."