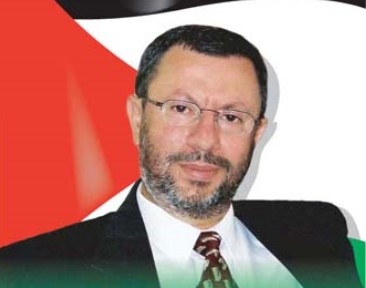 The Council on American Islamic Relations (CAIR) has been unusually silent about the attempt to deport Hamas-linked activist Abdelhaleem al-Ashqar.

Immigration and Customs Enforcement agents placed Ashqar, 60, on an airplane to Israel last week, but he was able to return to the United States after a federal judge said Ashqar could only be sent to Jordan.

Ashqar was sentenced in 2007 to 11 years in prison for obstruction of justice and criminal contempt after he refused to provide immunized grand jury testimony about his knowledge of Hamas activities. He played a leadership role in a Hamas-support network in the United States known as the "Palestine Committee."

Ashqar helped organize a 1993 Palestine Committee meeting in Philadelphia that gave rise to CAIR's founding. Nihad Awad and Omar Ahmad – who would become CAIR's co-founders the following year, participated in the meeting. Ahmad also helped organize the Philadelphia meeting and even called it to order.

CAIR was added to the Palestine Committee's organizational roster as soon as it was formed. Evidence like that prompted the FBI in 2008 to cut off outreach work with CAIR. "[U]ntil we can resolve whether there continues to be a connection between CAIR or its executives and HAMAS, the FBI does not view CAIR as an appropriate liaison partner," an FBI assistant director explained in a letter to U.S. senators.

CAIR, thus far, has said nothing about Ashqar's plight, which is surprising for a case involving a Palestinian activist waging a fight against deportation. But a recent Hamas press release suggests the terror group may still consider him one of theirs.

CAIR has issued no statement. San Francisco Bay Area Executive Director Zahra Billoo did call attention to Ashqar's case, linking to an article about him and writing, "MUST READ. This happened on #Eid, this week. @ICEgov lied to a Palestinian, Abdelhaleem Ashqar, kidnapped him, and deported him to Apartheid Israel."

CAIR has taken up for other Palestinians in high-profile deportation cases, including Popular Front for the Liberation of Palestine (PFLP) terrorist Rasmieh Odeh. She was deported to Jordan in 2017 after being convicted of naturalization fraud. Odeh had failed to disclose her conviction in Israel for her role in a 1969 bombing of Jerusalem grocery store that killed two students.

CAIR organized a #JusticeforRasmea hashtag on Twitter and held programs and rallies on her behalf.

CAIR was willing to stand up for Ashqar during his trial and 2007 sentencing. Its Chicago chapter cast him as a victim of an unjust prosecution, saying, "the Bush administration has attempted to criminalize charitable aid to Palestinians. It said it was "dismayed" by his "excessive" sentence.

"For many observers, the case has amounted to political persecution," a CAIR Chicago news release said. It cited Ashqar's statement that he "would rather go to prison than 'become a traitor or collaborator.'"

The grand jury specifically was investigating Hamas support activity, not people who simply advocated for Palestinians, making the issue of whom he would be betraying by providing truthful testimony uncomfortably clear.

U.S. authorities believed that Ashqar had valuable information about a 2003 Hamas suicide bombing that killed Americans at Mike's Place, a bar in Tel Aviv near the U.S. embassy. Ashqar refused to "become a traitor."

ICE took custody of Ashqar after his 2017 release from prison, with the intent of removing him from the country. But no country would take him. In last week's deportation attempt, they hoped to have Israeli officials transfer him to the West Bank. His attorney argued the Israelis might mistreat Ashqar. U.S. District Judge T.S. Ellis III blocked the transfer and ruled last week that ICE's attempt to take him to Israel violated U.S. law because Ashqar's detention order instructs he should be deported to Jordan.

He is being held in a Bowling Green, Va., detention facility.

CAIR's newfound reticence about a Palestinian facing deportation is a mystery. The Hamas statement may have boxed it in – while CAIR still receives credible media coverage and political support despite its history, it's a bad look for a group born from a Hamas-support network to take up the same cause as Hamas in Gaza.

Ashqar is a reminder of CAIR's origins. CAIR doesn't want people to remember that.