Another Terrorist Sues the Bureau of Prisons 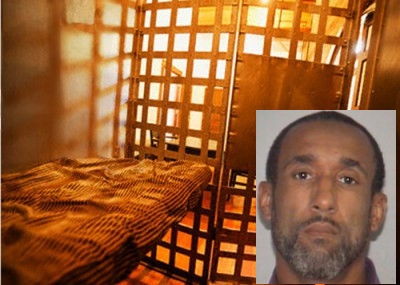 Add convicted terrorist Rafiq Sabir to the growing list of incarcerated radical Islamic terrorists who are suing the Department of Justice and the Federal Bureau of Prisons (BOP) for allegedly violating their rights. Sabir is serving a 25 year sentence after a 2007 conviction for conspiring to provide material support to al-Qaida. Sabir's attorneys argued "that he was a gullible man" and only pretended to pledge bayat to al-Qaida to impress someone. U.S. District Judge Loretta A. Preska saw it differently. She felt that Sabir lacked remorse and imposed the stricter sentence to deter others who would seek to join a terrorist organization.

The case is an example of how terrorists, once captured and incarcerated, learn how to manipulate the system, by using the courts to claim "rights" from a government they were all too eager to overthrow. The more time terrorists spend in prison, the more likely they are to become "jailwise," that is, knowing how to exploit the system for all they can get. They learn how to using the legal system to advance their cause. They also find a sympathetic ear and support from groups such as the American Civil Liberties Union (ACLU), Muslim Advocates, the Council on American-Islamic Relations (CAIR) or the Human Rights Commission.

Sabir and fellow inmate James Conyers, a career violent offender, claim that, by blocking them from participating in congregational prayer five times a day, prison officials are infringing on their rights to practice their religion as they see fit under both the U.S. Constitution and the Religious Freedom Restoration Act (RFRA). BOP policy allows pairs of inmates to pray in areas throughout the facility but restricts prayer involving three or more inmates to the prison chapel when the schedule permits.

The policy is considered necessary to protect prison staffers' security. Correctional officials agree that giving unlimited groups of inmates the right to gather whenever or wherever they please would undermine a prison's orderly operation. Experience shows that giving an incarcerated terrorist the freedom to meet unrestricted with other inmates greatly increases the possibility of radicalizing other inmates and could lead to deadly consequences.

This is what happened with El Sayyid Nosair after his conviction for killing Rabbi Meir Kahane. He served as the prison chaplain's clerk in Attica state prison when, he convinced other Muslim inmates to help him circumvent security rules regarding telephone access. Nosair used the phone to conspire with Blind Sheik Omar Abdel Rahman and other radical Islamic terrorists in the 1993 World Trade Center bombing and in plots to attack other New York landmarks.

Then there is Ahmad Khan Rahimi, better known as the Chelsea Bomber. He was allowed to meet unmonitored with other Muslim inmates in New York's Metropolitan Correctional Center (MCC) prison mosque. While there, he gave other inmates plans for making an improvised explosive device (IED), and sermons by al-Qaida leaders Osama bin Laden and Anwar al-Awlaki.

Simply put, convicted terrorists must not be allowed to comingle with other inmates anytime they choose, no matter what their religious beliefs. Their ability to radicalize other inmates to their twisted belief system is a clear and present danger to the security of the prison and to the country.

Recently "Underwear Bomber" Umar Farouk Abdulmutallab filed a similar lawsuit. Not only are his religious rights being violated, the suit claims, but the conditions of his confinement "prohibit him from having any communication whatsoever with more than 7.5 billion people, the vast majority of people on the planet."

Talk about the theater of the absurd!

Other terrorists who have filed lawsuits against the DOJ and the BOP include Ramzi Yousef, convicted in the 1993 World Trade Center attack, and Khalfan Khamis Mohamed, convicted in the attack on the United States Embassy in Dar es Salaam, Tanzania.

When he filed his lawsuit, Mohamed told the court that he was rehabilitated. His prison disciplinary record says otherwise. He brutally assaulted a corrections officer, Louis Pepe, by stabbing him in the eye with a jailhouse shank, then pouring a searing-hot liquid into the wound. Pepe was permanently disabled.

Despite this attack, a federal judge in 2014 ruled in Mohamed's favor, saying restrictions on his outside communications were arbitrary.

Sabir and Conyers also have a shot at winning, given other litigation.

John Walker Lindh, the American Taliban, serving 20 years for taking up arms against United States coalition forces in Afghanistan, won a lawsuit in 2012 claiming that his religious rights were violated in custody. The judge found that Lindh's "scant, nonviolent disciplinary history had merited him a classification of low security." Lindh is scheduled to be released from custody in less than a year.

Inmates, especially incarcerated terrorists, know that if they can feign rehabilitation they are more likely to be released.

The recent release of domestic terrorist Herman Bell, responsible for the murders of three law enforcement officers, and the anticipated release of terrorist Judith Clarke provide examples. Bell was touted for all the good he did in prison, earning two college degrees. In Clarke's case, not only was her prison record extolled, but the judge felt that it was wrong to look at the severity of the crime when considering parole. He felt she merited a new release hearing. Merited? What of the innocent lives taken by the terrorists, did they not merit value and deserve justice?

When terrorists tout their "rights," they make a mockery of justice and insult the memories of the fallen.

It is utter foolishness to extend rights to terrorists who can pose safety risks to others around them.