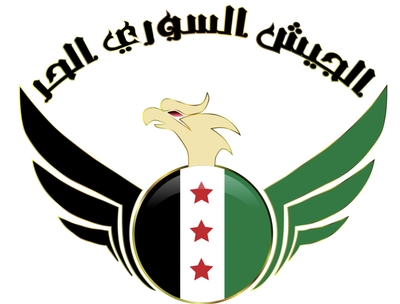 Four officials from the FSA, which fought alongside Syria's former Al-Qaida branch at various times, met with members of Congress, a White House official and the State Department.

They emphasized the threat to Syria posed by Iran and Russia.

"We asked for the resumption of aid and explained the dangers of leaving moderate FSA forces without support," Mustafa Sejari, a founder of the FSA's Al-Mu'tsim Brigade told Reuters.

Sejari denied that the FSA had links to the Muslim Brotherhood despite evidence of Brotherhood-linked militias in its ranks.

U.S. weaponry provided by the CIA frequently found its way into the hands of Syria's former al-Qaida affiliate Jabhat al-Nusra, now called Hayat Tahrir al-Sham (HTS), and other jihadists. In addition, $500 million spent by the Obama administration to train up to 5,000 FSA fighters was shut down in 2015 after successfully training only five men, Foreign Policy reported in 2016.

Sejari sought Russian support against ISIS in 2016 and greeted the Turks as "allies" when they sent troops into Syria's northwestern Idlib province in October. Opponents accuse them of being controlled by the Turks, and this trip comes as Turkey increases its military pressure against the Kurdish enclave in northwestern Syria.

The Muslim Brotherhood-linked Syrian American Council (SAC), which lobbied the Obama administration for deeper involvement in Syria, paid for the trip. The SAC notably condemned the U.S. classification of Jabhat al-Nusra as a terrorist group in 2012 because it fought alongside the FSA at the time. It also criticizes U.S. support for the Kurdish led Syrian Democratic Forces, which kicked ISIS out of Raqqa and most of northeastern Syria last year.

Many FSA factions sided with HTS at times, while fighting it at others, throughout the Syrian conflict before the former al-Qaida group turned on them last year.

"We cannot differentiate between fighters whether they are Al Nusra, Ahrar Al Sham or the Free Syrian Army," Anas al-Abdeh, former president of the U.S.-backed National Coalition of Syrian Revolution and Opposition Forces that includes FSA representatives told the London-based Arabic newspaper Al-Hayat in 2016.

A faction called Jabhat al-Shamiyah, also known as the Levant Front, was represented in the delegation. It sided with Al-Nusra and Ahrar al-Sham, another jihadist group with al-Qaida roots, against the Kurdish led Syrian Democratic Forces (SDF) in a December 2016 battle in northwestern Syria.

Policymakers should recall the FSA's double-dealing before taking them seriously.