My Journey Out of Radical Islam 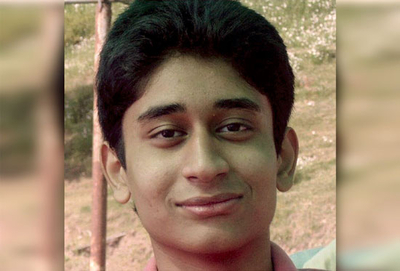 I grew up in Rawalpindi, a city in the Punjab province of Pakistan, in a family who had links with the Deoband school of thought (A sub-sect of Sunni Islam in the sub-continent) and Jamaat-e-Islami, the largest Islamist Party in the sub-continent. I was inspired by the influential Islamist scholar of the 20th century, the founder of Jamaat -e-Islami, Maulana Syed Abul Ala Maududi.

Maududi thought that a state could either be religious or irreligious. Therefore, he did not agree with the view that secularism is just the separation of religion from a state's affairs. In fact, he strongly argued that secularism would give rise to atheism, or a lack of belief, in society. He saw religion as the ultimate source of morality, therefore, when people become un-Islamic, society would also become unethical.

I liked the way he tried to counter Western thought and presented Islam as an alternative to Western democracy and secularism. This was rare, especially, since most of the Islamic scholars are not very aware of Western ideologies. His arguments intrigued me.

As an Islamist, I also believed that Islam is a complete code of life and it is our prime duty to establish its influence all across the globe. I regarded politics as a vital and fundamental part of Islam. I also concurred with Maududi's view that without politics, Islam becomes incomprehensible and utterly empty, as if it were bereft of more than three-fourths of its components.

In this view, politics is the dominant component in Islam. If we disregard politics then it would be like disregarding most of Islam. I advocated severe punishments for apostasy and blasphemy. I believed that both the apostates and blasphemers deserve the death penalty. But I also believed that non-Muslims should have full rights to practice their faith. They should be allowed to build their own places of worship.

My views on women and LGBT community were appalling, and I only feel disgust when I recall them. I regarded homosexuality to be an un-natural act and against the directives of God. On women, I believed that they should not be the head of the state.

My thinking changed a few years later when I was reading about Islamic scholars who opposed the partition of India. I came across a great scholar and political figure of India, Maulana Abul Kalam Azad.

Azad was an esteemed literary figure, poet, religious scholar and a unique statesman.

He was trained as a journalist and started his career as a pan-Islamist. Azad's ideas changed dramatically after his association with Mahatma Gandhi during the 1920s and the campaign of non-violence. Azad gave up pan-Islamism and embraced Indian secular nationalism. He provided Islamic arguments to support his stance on united secular India. He believed that the concept of composite nationalism is the teachings of Islam.

"I am a Muslim, and this fills me with pride," he proclaimed in his party's presidential address in 1940. "But in addition to these feelings, I am also the possessor of another, which has been created by the stark realities of my external life. The soul of Islam is not a barrier to this belief: in fact, it guides me in this path. I am proud to be an Indian. I am an integral part of this unified and impartible nation."

Azad considered it impractical to suggest that Muslims could be unified into a single state, known as a caliphate, only by the same faith.

"It is one of the greatest frauds on the people to suggest that religious affinity can unite areas which are geographically, economically, linguistically and culturally different," Azad wrote in his autobiography, India Wins Freedom.

Azad sought the basis of his political alliance with the Indian National Congress, on the basis of Charter of Medina.

According to Azad, when the Prophet Muhammad migrated from Mecca to Medina to escape persecution, he drew up a treaty between the Jewish tribes of Medina and the Muslims. Medina's Muslims and Jews were to enjoy equal rights, including full religious freedom, and they were to be considered a single nation. They were also to jointly work for the protection of Medina from external enemies.

In this agreement, known as the Charter of Medina, Muhammad declared Medina's Jews and Muslims a single nation notwithstanding their religious differences.

I already had doubts regarding pan-Islamism – Muslims are not monolithic, and it seems almost impossible to unite all sects and cultural differences into a single state. Azad's comments provided the push I needed to give up on Islamism.

As a former Islamist, I believe that the radical Islam we are experiencing today is based on a certain interpretation.

Islam is a religion and Muslims are the people who follow it. Islamism is the political and totalitarian interpretation of Islam. Unlike most Muslims, an Islamist believes that his faith assigns him political and social responsibilities. Not all Muslims are Islamists, but every Islamist is a Muslim. Islamism presents Islam as a deen (way of life) and not just a madhab (religion). It does not just apply only to an individual, but is a set of guidelines that must be implemented all over the world.

Jihad is central to this interpretation. The very purpose of jihad, according to this school of thought, is to spread Islam's dominance over the world.

"It is the nature of Islam to dominate, not to be dominated, to impose its laws on all nations and to extend its power to the entire world," Muslim Brotherhood founder Hassan al-Banna famously said.

"The abolition of man-made laws cannot be achieved only through preaching. Those who have usurped the authority of God and are oppressing God's creatures are not going to give up their power merely through preaching." [Pointing towards an armed struggle].

Many Muslims, along with the political far-left, are in denial about radical Islam. Anyone who dares to use the term "radical Islam" is immediately labeled as an "Islamophobe." They deny reality.

When ISIS beheads innocent people or attacks Paris and Brussels, it believes that such acts are a religious obligation. When Islamist terrorists mistreat and enslave women and persecute homosexuals, it is because they interpret verses such as 4:24 and 7:80-84 that seem to justify it. This is a theological issue that I have discussed on various media outlets. It is the reason I support reformist scholars, like Javed Ahmed Ghamidi, who are highly critical of radical Islam. Ghamidi is a modernist Islamic scholar who has vehemently criticized religious fundamentalism. He also spoke against the Pakistan's blasphemy law which is often used to harm and mistreat religious minorities. His modern views almost cost him his life, while his closest associate, Muhammad Farooq Khan, was killed by the Taliban.

Reform seems to be the only long-term solution to the ever increasing menace of radical Islam. Therefore, when the far-left and many Islamic organizations label Muslim reformists and the critics of radical Islam as "anti-Muslim," they benefit and comfort the Islamists. Islamists do not want to see people from within the Muslim community challenging their religious authority.

Not long ago, the Southern Poverty Law Center (SPLC) smeared liberal and reformist Muslim Maajid Nawaz as an "Anti-Muslim extremist." Ironically, SPLC claims to stand against hate, intolerance and discrimination, but by doing such brainless acts, it collaborates with Islamic extremists. This discourages brave progressive voices that are coming out from within the Muslim community.

I am happy that I walked away from Islamism. Today, instead of being dogmatic, I advocate secularism, democracy, freedom, and equality. It is always difficult to leave your roots. Many people find themselves in a battle against their own souls. I fought the very same battle and won.

We need to address the ideological roots of radical Islam. Without doing this – and without supporting the Muslims who are confronting this ideology – we will never be able to counter it.

Ammar Anwer is an ex-Islamist who writes for The Nation, Pakistan Today and other media outlets. He believes in secularism and democracy and aspires to see Pakistan become a pluralistic state.