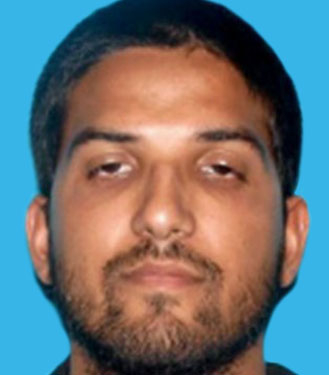 Syed Rizwan Farook and Tashfeen Malik killed 14 people at an office party for county workers, Farook's colleagues, and later were killed in a shootout with law enforcement officers. Preliminary investigative work already has found that Farook was radicalized and communicated with extremists.

It should not surprise anyone as Steve Emerson and the Investigative Project on Terrorism have been sounding the alarm on the manifestations of radical Islam in the West for two decades.

There are consequences to discounting weak immigration controls, caliphates in the Middle East and Libya and Muslim Brotherhood front organizations such as the Council for American Islamic Relations (CAIR) which have access to loud microphones which are used routinely try to divide law enforcement and American Muslims.

They all create abundant space and time for Islamist terrorism to emerge in the West. Missing documents in failed states facilitate the nearly unrestricted movement of jihadists under the guise of refugees across borders. Wholly owned murderous jihadist states provide the freedom to prepare and instigate attacks, as well as write and disseminate ideology through sophisticated propaganda measures.

The threat is in fact very real.

In recent weeks, jihadists unleashed an onslaught in Paris that left 130 innocent men, women and children dead. In February a radicalized gunman opened fire on a free speech debate and synagogue in Copenhagen. A month before, jihadists committed a massacre at the Paris office of the satirical magazine Charlie Hebdo and at a nearby kosher market.

The San Bernardino murders prove that the U.S. is not immune, and it's not like it hasn't happened before.

They were all aided and abetted by a president that is absolutely incapable of uttering the words "radical Islam." The administration banned the words from the halls of the White House, any reference is nowhere to be found in Obama's statement on the most recent Paris massacre, scrubbed the FBI training manual of any text that might offend Muslims, described the Fort Hood murders as "workplace violence" and regularly hosts top level meetings with representatives from the Muslim Brotherhood.

Law enforcement and intelligence need to conduct a thorough investigation to determine all possible causes and links to terrorist organizations, but Americans can no longer accept the administration's willful blindness to reality.

It is Islamist terrorism. Radical Islam and all of its barbaric, evil elements fundamentally hate Western liberal democracies based upon basic Judeo-Christian values. Such attacks will only become more common and more violent until the president – after seven years in office – and America finally takes the threat seriously.

Pete Hoekstra is the Shillman Senior Fellow with the Investigative Project on Terrorism and the former Chairman of the House Intelligence Committee. He is the author of "Architects of Disaster: The Destruction of Libya."

There was a conversation picked up off the SBPD radio that day. CAIR was on the TV with the Brother before everyone. Well the Presidents plan didn't work like he wanted it to.

For me, neither Obama nor the top brass of the White House, Pentagon, NSA, CIA, etc., are fools. Therefore, their continued blatant denial of self-evident facts on ground of the Islamic Jihadist threat to the USA, can only be attributed to treason against America. They should all be indicted and jailed as dangerous aliens on American soil.

The fight against fundamentalist Islam

I'm skeptical that either political party will solve our problems with Islamic militants. There is a widespread denial on the political left regarding the seriousness of the problem. The Republicans admit the problem but don't necessarily offer the correct prescription to fix it. Former President George W. Bush and VP Dick Cheney proceeded on the badly flawed belief that they could unite the Iraqi Kurds, Arab Shias, and Arab Sunnis under a democracy. Freedom and democracy cannot work in most Arab cultures because of what they believe. Since many Arabs want to kill others who have different religious beliefs, how can you have freedom of religion? You can't. That's why dictatorships and constant war are a way of life in the Middle East. While military power is essential to protect our security, there is a great deal more involved. We need to counter the propaganda that is being used to recruit terrorists with our own counter-propaganda. We should jam websites that are being used to recruit terrorists. We should shut down mosques that are teaching the dangerous jihadist form of Islam. We should have admitted decades ago that any money we send to Muslim countries for oil carries the risk that some of this money will be used to finance terrorism. We should have taken the blinders off decades ago. The Obama administration's strategy of relying on Shiite terrorists to kill off ISIL is wrongheaded. We lose no matter which group of terrorists win. We need to be doing a lot more to help Israel and the Kurds both economically and militarily. Making them stronger is necessary to slow the advance of fundamentalist Islam.

Obama will never take Islamic terrorism seriously. I hope & pray there will be no more attacks until he leaves office, but the Christmas season is upon us and I fear there will be even more.