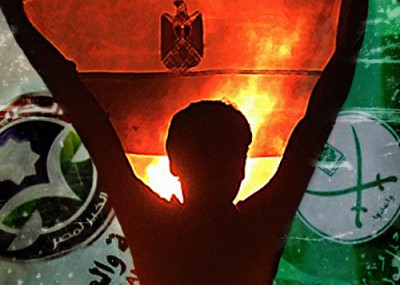 Egypt will become a new Iran complete with a theocratic government if the constitution backed by Egyptian President Mohamed Morsi and the Muslim Brotherhood passes in the Dec. 15 referendum, an Egyptian opposition leader tells the Investigative Project on Terrorism.

Iran's post-revolution constitution provides for an elected parliament and an elected president, but their decisions are subject to review by the ayatollahs. Morsi's constitution would have the same effect on Egypt's elected government, warns Michael Meunier, president of the opposition Al-Haya Party.

"[B]y giving Al-Azhar (Egypt's top Islamic institution) and what is called [the Islamic scholars council], which is made if clerics, power[s] above any elected body, Morsi is setting for a religious state, a theocracy like Iran where Islamic clerics have the final say," Meunier wrote in an email exchange with the IPT. The proposed constitution "sets Al-Azhar as an authority above courts and the rule of law, thus creating a religious estate."

His Al-Haya party is made up of Coptic Christians and liberal Muslims.

Thus far, Morsi has dismissed opponents as remnants of the Mubarak regime or elements who are using the streets to overturn democracy.

"I will not allow the deposed, corrupt regime to return under any circumstances," Morsi said in a televised speech Thursday night. The Muslim Brotherhood, from which Morsi emerged, issued a statement Wednesday describing anti-Morsi protests as driven by "the treacherous hands of hooligans and terrorists collaborating in a vicious plot to overthrow the legitimate regime."

At least six people were killed and 700 people were injured during unrest outside of Egypt's presidential palace on Wednesday. Opponents of the regime chanted, "Leave, leave."

The Egyptian president's call for dialogue with the opposition was promptly rejected Friday. Protesters have torched Brotherhood offices in response.

According to the Associated Press, Muslim Brotherhood activists were heard chanting Friday during a funeral procession heading out of the Al-Azhar Mosque: "Egypt is Islamic, it will not be secular, it will not be liberal."

"With blood and soul, we redeem Islam," thousands of mourners chanted as they pumped their fists into the air.

But the draft constitution's establishment of Islam as the religion of the state and mandate that Islamic law is the source of all legislation is a non-starter for many opponents such as Meunier.

"Islam is the religion of the state and Arabic its official language. Principles of Islamic Sharia are the principal source of legislation," Article 2 of the draft Constitution reads.

Coptic Christians make up roughly 10 percent of Egypt's estimated 90 million people and have increasingly found themselves subject to persecution from Islamists. They overwhelmingly oppose the constitution, fearing further repression, and their leader Pope Tawadros II has spoken out against it.

"The proposed constitution is bad for every freedom loving individual Christian or a Muslim," Meunier said. "It has no mention of women's rights, limits religious freedom, sets up the mechanism to have a religious enforcement authority like that of Saudi Arabia to enforce 'cultural norms.'"

Meunier particularly objects to Article 35 of the proposed constitution, which allows people who are arrested to be held for up to 12 hours without access to a judge or a lawyer.

"If they are released they can be arrested again," Meunier said. "It also kept the time for temporary arrest open, so you can be kept indefinitely."

The proposed constitution also makes free speech subject to "the requirements of national security," and Meunier said that it does not provide any role for civil society in monitoring elections or for complete judiciary oversight.

In spite of the concerns leveled by the opposition, American Islamists such as Hussam Ayloush, executive director of CAIR-LA, and current Department of Homeland Security official Mohamed Elibiary have spouted Muslim Brotherhood talking points from their Twitter accounts.

"Why is the opposition & Mubarak remnants afraid of a referendum? Don't they trust the people of Egypt?" Ayloush tweeted Wednesday.

Ayloush followed up Friday with another tweet, saying: "The Egyptian Constitution Doesn't Have To Be Perfect to Bring Democracy."

Definition of Democracy in the Middle East: - One man-One vote-One time.