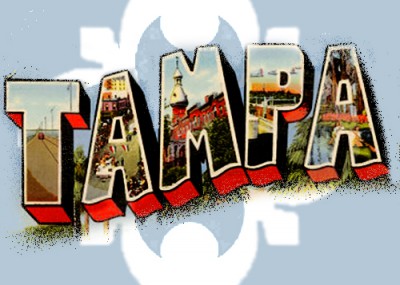 As news of a terrorist plot by a radical Islamist in Tampa emerged Monday, the propaganda machine that is the Council on American-Islamic Relations (CAIR) launched into action, repeating its mantra of accusations against the FBI and offering excuses for the plotter. It's a common pattern for an organization that positions itself between the public, government, and terrorist suspects, trying to control dialogue about Islamist terrorism suspects and cynically manipulating its own relationship with the government.

Local media played into CAIR's plan, with the Tampa and St. Petersburg daily newspapers and television affiliates turning to the group for reaction, despite its own tainted record.

Early responses to Sami Osmakac's plot from two of CAIR's non-Florida representatives showed a disdain for the government's arrest of another "innocent" Muslim suspect.

Executive Director of CAIR San Francisco Zahra Billoo, stated that she was "wondering how much of the thwarted terror plot in Florida was seeded by the FBI, [a]ppreciating that even the MSM mentioned the informants." Dawud Walid, Executive Director of CAIR-Michigan, released a tweet saying, "It is not the job of civil rights groups to be commending the FBI on their use of informants, given the FBI's history."

"The weapons and explosives were provided by the government. Was he just a troubled individual, or did he pose a real threat?" Shibly asked Monday. He backed off Tuesday, saying "It doesn't look like something we would pursue" in part because the Muslim community alerted authorities in the first place.

He also cast the role of the Muslim community as critical, while claiming that the community's trust was violated by the actions of the government. "I mean he seemed to be a disturbed individual. He was actually an outcast from the Muslim community. He was banned from several of the mosques and it was the mosque that brought him to the attention of the FBI," Shibly said in an interview with the local Fox News outlet, in contradiction to the criminal complaint that shows an informant tipped off the government. He likewise expressed "concern about a perception of entrapment," even while saying that Osmakac was "no friend or supporter of the Muslim community."

"I think the fear at the point is that he was just mentally disturbed...I think that community members hoped that by reporting him, he could get the proper assistance," Shibly told an interviewer.

Apart from casting doubt on whether Osmakac was truly a threat, Shibly also repeated the mantra that religion should be ignored as a factor in the radicalization the terrorism suspect. When asked about Osmakac's statement that he wanted his death to be in an Islamic way, Shibly parried and claimed Osmakac had nothing to do with Islam.

"For me it's meaningless. It is very disturbing you know [the suspect's statement] "to die in an Islamic way," Shibly told FOX Tampa Bay. "Again, that is completely meaningless for me as a Muslim. You know Islam teaches peace and justice. It does not teach wanton violence which is what this guy was allegedly promoting."

The affiliate did not push back when Shibly expressed concerns over whether the FBI "edged on" Osmakac into a violent plot he otherwise would not have pursued. It's a standard CAIR line used to undermine public confidence in a terror-prosecution even though it has never held up in court. (For more on Shibly, click here.)

Other cases reflect the usual pattern of manipulation by CAIR.

Billoo, who immediately cast doubt on the Tampa case, reacted to the December 2010 arrest of a man who wanted to blow up a Portland Christmas tree lighting event by accusing the FBI of exaggerating the threat because it was "looking for a sensational story." Last fall, CAIR-Michigan chief Dawud Walid downplayed an arrest in an Iranian plot to assassinate the Saudi Arabian ambassador in Washington because a Drug Enforcement Administration informant played a key role. "If Holder hadn't announced so many 'foiled' plots that were really FBI provocateur led, I'd be more inclined to believe this #Iran plot biz," Walid said in a Twitter post.

Deadline pressure is never easy and reporters know that CAIR rarely turn away a microphone or a chance at appearing in the newspaper. But it's mystifying to see reporters routinely ignore CAIR's duplicity about law enforcement support, coupled with its own documented history in a terrorist-financing network, to accept the group's talking points so blindly.

From inception, CAIR's MO has been duplicity on a grand scale. Anyone who believes this organization's nature and purpose is anything else is utterly uninformed and naive to a fault.