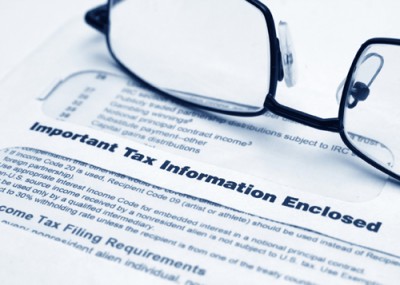 Donations to the Council on American-Islamic Relations (CAIR) no longer are tax deductible after the organization was among 275,000 tax-exempt organizations purged earlier this month by the Internal Revenue Service.

The groups failed to file required annual reports, known as form 990s, detailing their revenues and expenses, for three consecutive years. CAIR had been a non-profit on its own, but in 2007, the IRS approved a separate tax-exempt CAIR Foundation. The foundation never filed any subsequent reports. Both the foundation and CAIR national are on the purge list.

CAIR has 30 state chapters throughout the country, many of which have their own non-profit designations which remain active.

While the IRS believes most of the organizations stripped of status have shut down, those still operating can apply for reinstatement. Meanwhile, CAIR's web site continues to solicit donations by touting them as tax deductible two weeks after the IRS issued the list and notifications were sent to all 275,000 purged groups.

Donors still could deduct the money on their tax returns if CAIR is reinstated between now and April 15. All the purged organizations have 15 months to seek reinstatement. But it is unclear whether CAIR will file the required papers or whether their explanation about past reporting failures will be enough to satisfy the IRS.

"This listing should have little, if any, impact on donors who previously made deductible contributions to auto-revoked organizations because donations made prior to the publication of an organization's name on the list remain tax-deductible," an IRS statement said. "Going forward, however, organizations that are on the auto-revocation list that do not receive reinstatement are no longer eligible to receive tax-deductible contributions, and any income they receive may be taxable."

To regain its exempt status, CAIR must file the missing three annual reports, along with a new application for exempt status. Finally, it must explain why it failed to file the 990s for three consecutive years and explain any new procedures which will ensure future compliance.

The annual reports include financial information on donations and other sources of income, operating expenses and names and payments given to directors and key staff members.

The CAIR Foundation won exempt status in 2007 and then never filed any annual reports. That year, the Washington Times reported that CAIR's membership plummeted by 90 percent, from a high of 29,000 people in 2000 to less than 1,700 in 2006. CAIR vehemently denied the report when it was issued. But a year later, when the organization sought to have its name removed from a list of unindicted co-conspirators in a Hamas-financing prosecution, CAIR attorneys tied the diminishing support to the 2007 co-conspirator list.

Anecdotal information indicates the group increasingly has turned to foreign donors for operating revenue. In 2006, State Department records obtained by the Investigative Project on Terrorism show, CAIR sent delegations to Saudi Arabia and the United Arab Emirates seeking millions of dollars in support.

In 2009, Awad solicited Libyan Dictator Muammar Gaddafi to help underwrite a program to distribute 1 million copies of the Quran to government officials and the general public in America and to help start up a new foundation Awad was trying to launch.

When it applied for exempt status, the CAIR Foundation told the IRS that it would solicit "nationwide, although it is expected that the largest support will come from Maryland, Virginia and the District of Columbia, where CAIR-Foundation's visibility is most prominent to potential donors."

The IRS has, over the past decade, made a lot of progress in limiting the worst abuses of the itemizable charitable deduction. There is still work to do however and very, very few organizations have been prosecuted for fraudulent operations. It would be interesting if CAIR put in some phony paperwork to get reinstated (and if they did, it would be nice to see a prosecution). It would be easier for them to close and reopen as a new organization but they seem to like the CAIR brand.

Our national security is not our government's #1 priority!!!

We must force the DOJ to prosecute CAIR, ISNA and the unindicted co-conspirators of the Holy Land foundation trials. It would also be nice if our government placed this nation's NATIONAL SECURITY as their #1 priority however, that is too much to ask of a politician. I cannot find evidence there has ever been a committee or subcommittee hearing in either the House or Senate to determine our enemy. Can anyone prove me wrong? I cannot locate a politician who is willing to ask the leadership of the House or Senate to hold hearings to determine our enemy. Am I wrong? Why hasn't our military ever taken the necessary steps to know and understand our enemy even when former Joint Chiefs of Staff, Gen Peter Pace (Ret) asked for it in one of his many speeches, especially the one on December 1, 2005? I am still waiting on our government to close our borders so we can stop the flow of illegal alien Middle Eastern terrorists from going over or under our border. I am still waiting for or government to tell the American public, especially our military we are they are fighting and dying installing Shariah law and Shariah finance in the middle east.

DEPORTATION OF THESE CAIRists is WAY overdue.

Finally! It's about time!!

Guess they'd have to tell where the dirty money goes...