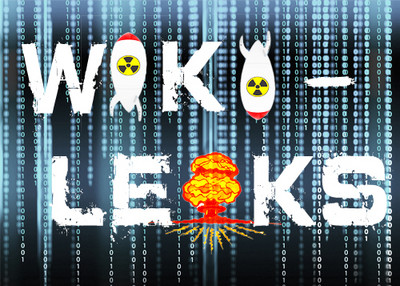 Diplomatic cables released by Wikileaks provide another reminder that al-Qaida remains committed to obtaining weapons of mass destruction (WMD) - nuclear, chemical and biological weapons and "dirty bombs." Security briefing cables published by the London Telegraph – some as recent as 2009 – state that jihadists are close to making "workable and efficient biological and chemical weapons" capable of killing thousands of people if used to attack the West.

The cables indicate that Western officials are very concerned about the possibility that terrorists may obtain WMD material through Pakistan. During official talks in London in 2009, British officials raised "deep concerns" that a rogue scientist in that Pakistan's nuclear program "could gradually smuggle enough material out to make a weapon." British officials also believe that "extremists" could use Pakistani agricultural supplies of anthrax, avian flu and foot-and-mouth disease to develop biological weapons.

Much of Washington's effort to prevent biological agents from falling into terrorist hands occurs through the State Department's Biosecurity Engagement Program. One cable sent by a senior U.S. diplomat in Islamabad said that in 2007, "virtually no biosecurity measures" were observed during two visits to the Pakistan Agricultural Research Center, which houses anthrax, foot-and-mouth diseases, avian influenza and brucellosis. The cable says that by February 2008, security practices had improved and "dedicated safety officers" were in place, but provides no detail.

At a Jan. 28, 2009 meeting of the North Atlantic Council, NATO's top decision-making body, "Terrorist acquisition of WMD was the next topic of major concern," according to one cable. It said that although al-Qaida and other jihadists were thought have a limited capability to acquire WMD, "the intent was clearly present, and there were ongoing credible reports of attempts to recruit the needed expertise. A 'dirty' radiological IED [improvised explosive device] program was thought to be under active consideration by al-Qaeda."

Other cables revealed that documents found in Afghanistan in 2007 showed that the terror group had made greater progress in bioterrorism than was previously realized. A senior State Department official warned that the growth of the biotechnology industry, particularly in Indonesia, could make biological weapons more available to jihadists. In June 2008, India's national security adviser told two U.S. senators that terrorists had made a "manifest attempt to obtain fissile material" and "have the technical competence to manufacture an explosive device beyond a mere dirty bomb."

A recent issue of Inspire magazine, published by al-Qaida in the Arabian Peninsula (AQAP), provides tips for American Muslims on the use of chemical and chemical and biological weapons. Inspire contributor Yahya Ibrahim discussed the subject in an article entitled "The Ultimate Mowing Machine," a primer on innovative ways to "Mow Down the Enemies of Allah."

"America is a terrorist state and Americans are complacent [sic] in some of the worst forms of terrorism our Muslim nation has been subjected to," Ibrahim writes. "Millions of Muslim lives have been lost to American brutality. It is about time Muslims wake up and pay back America what is due to it."

The article is part of a section of the magazine called "Open Source Jihad," which gives readers ideas on ways to carry out terrorist attacks.

According to Ibrahim, a skilled microbiologist could produce the deadly botulin toxin, which could result in "hundreds if not thousands of casualties." Such an attack could require years of planning, but would be "worth the wait."

"Brothers with less experience in the fields of microbiology or chemistry, as long as they possess basic scientific knowledge, would be able to develop other poisons such as Ricin or Cyanide," he writes, adding that the subject of using weapons of mass destruction against the United States will be discussed in upcoming issues of Inspire.

After the magazine was published, the FBI's "WMD Operations Unit 1" sent this memorandum to state and local law enforcement officials warning them about the article.

Obtaining weapons of mass destruction is a long-standing al-Qaida goal. In a forthcoming research report, former CIA officer Rolf Mowatt-Larson outlines al-Qaida's history of pursuing WMD and its religious arguments supporting nuclear terrorism. Mowatt-Larson, currently a senior fellow at Harvard's Kennedy School, writes that Jamal al-Fadl, who defected from al-Qaida in 1996 and became a source for the FBI and CIA, testified that the organization tried to acquire uranium in the early and mid-1990s while based in Sudan.

In 2002, the CIA made public information on gruesome experiments testing cyanide, sarin and other toxins on animals. The following year, Jemaah Islamiya's chief Hambali was captured. He provided interrogators with confirmation of his own role in al-Qaida's anthrax efforts. In 2008, Zawahiri published a fatwa justifying the use of WMD.

"The bottom line...is clear: al Qaeda and its network have been determined to acquire WMD," Mowatt-Larson writes. "Organizing a coherent strategy to prevent this nightmare from occurring begins with a clear recognition that WMD terrorism is a real and imminent threat."