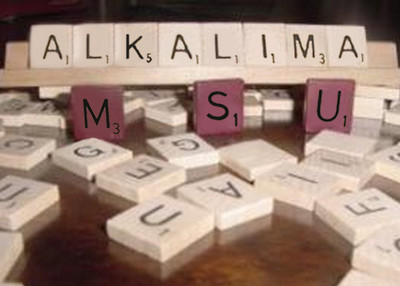 The Muslim Student Union (MSU) at the University of California, Irvine is suspended for the fall semester. But its activities continue unabated, thanks to a glaring loophole in the suspension policy.

Other groups are free to fill in the void created by MSU's suspension and sponsor the same kinds of events and programs, school officials say. But "[u]nder the terms of the suspension, neither the MSU nor any group that includes former MSU leaders as officers may sponsor events on campus," UCI spokeswoman Cathy Lawhon said last week.

The organization serving as MSU's replacement in a series of programs throughout the fall is an arm of the student group, records show.

Alkalima, the Muslim student magazine, is "published by the Muslim Student Union of University of California, Irvine," its Spring 2010 issue said. Alkalima has been published at UCI since 1997, but until this fall, it had not organized or sponsored events. It registered as a student organization this semester.

Its events are promoted through MSU's email list, which rarely denotes that the magazine is involved, records show.

UCI suspended the MSU chapter for lying about its role orchestrating a series of disruptions during a February speech by Israeli Ambassador Michael Oren. Students interrupted Oren at least a dozen times, with several standing up and shouting that he was a murderer and war criminal. Eleven students were arrested and a school investigation concluded that the MSU officials lied repeatedly when officials asked about the group's involvement.

For example, a fall calendar with weekly events throughout the semester was distributed on the MSU listserv under the header "MSU-UCI," but made no direct reference to MSU and only one reference to Alkalima.

Other events include a Nov. 17 "general assembly" meeting, Qur'an/Tajweed classes on Oct. 15 and Nov. 17, a Dawah table on Oct. 27, and a poster-making party to advertise an anti-Israel event. These events and meetings are identical to the types of programming that MSU previously offered.

The MSU website still has a link to an event that it planned to hold before it was suspended. That link, for "UCI College Day 2010," links to a Wordpress blog titled "Alkalima: Muslim Students at UCI." The blog advertises the same event, "UCI College Day 2010" as an Alkalima event.

In October, Alkalima hosted "Israeli Apartheid: A Beginner's Guide," an event which was cosponsored by Students for Justice in Palestine (SJP) at UCI. The event was advertised on MSU's email listserv without any mention of the fact that the event was not an MSU event. Furthermore, MSU has hosted similar anti-Israel events in the past including, "Israeli Apartheid Week: A Call to Boycott, Divest, and Sanction Israel," "Death to Apartheid," on May 13, 2010; "Apartheid is Real," on May 13, 2010; "The Gaza Invasion," on May 11, 2010.

At the "Israeli Apartheid" event in October, speaker Ben White called Israel an apartheid regime that acted with the intention of maintaining domination over Palestinians. White, a journalist and author of "Israeli Apartheid: A Beginner's Guide," also called the Israeli settlements colonies, and claimed that Israel acts with a colonialist's frame of mind.

The MSU is a chapter of the national Muslim Students Association (MSA), a group formed by Muslim Brotherhood members who came to the United States in the 1960s to attend universities here. The Brotherhood is an Islamist revivalist movement based in Egypt, and MSA chapters have a history of radical ideology.

The UCI chapter of MSU has been named in 13 incidents of alleged harassment of Jewish students between 2000 and 2006, records show. A May 2008 MSU event called "Never Again? The Palestinian Holocaust" seemed "intended to encourage violence against the State of Israel and propagate the spread of anti-Semitism," wrote U.S. Rep. Brad Sherman, D-Cal., in a letter to UC, Irvine's chancellor. In 2009, UCI forwarded a claim to the FBI to "investigate claims that funds raised at an event organized by the university's Muslim Student Union were used to help Hamas."

The MSU suspension is scheduled to end December 10. The organization is eligible to reapply to become a recognized student organization for the upcoming quarter that starts on January 3.