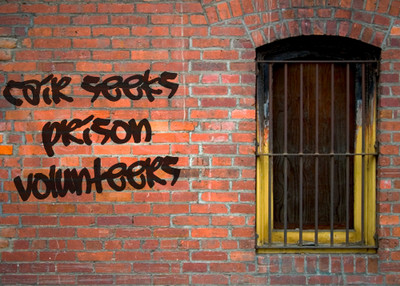 The Council on American-Islamic Relations (CAIR) chapter in Washington State is seeking religious Muslim volunteers to work with state prison inmates. That has veteran corrections official Patrick Dunleavy concerned that the program could result in the radicalization of prisoners and create security problems.

It's not the presence of Muslim volunteers, but the track record of the people and organization involved.

Syed Arsalan Bukhari, executive director of the Washington CAIR chapter, issued an Internet call last week saying that "Muslim volunteers" are "direly needed in the 20 or so state institutions across our state to lead study/discussion/halaqah sessions for inmates, lead prayers and just generally insure that inmates are receiving the services they need."

CAIR's ties to Hamas and its chronic support for alleged terrorists and their financiers might give corrections officials pause about the wisdom of such a relationship with the organization. Those ties appear to be the focus of a federal grand jury investigation in Washington, D.C. Bukhari's own statements might add to that concern:

Such statements set off alarm bells with Dunleavy, who spent 26 years working in New York State's Department of Correctional Services. In that role, he witnessed first-hand the radicalization of inmates. Radical Islamists like Warith Deen Umar were placed in charge of hiring prison imams, and terrorists like Rashid Baz and El Sayyid Nosair were given privileged positions as Muslim religious leaders. Dunleavy, who served as Deputy Inspector General of the New York State Department of Corrections, was part of a special investigation called Operation Hades that monitored radical Islamist recruitment inside prisons.

Dunleavy (who now lives in Washington State) said he has two major problems with the regulations instituted by the Washington Department of Corrections: As written they contain inadequate vetting procedures for volunteers and insufficient security safeguards, and the role of CAIR in the state program.

In New York, corrections officials have been fighting a difficult uphill battle to maintain security and prevent radicalization of Muslim inmates for close to 30 years. Essential to this effort are limits on the ability of volunteers to interact with inmates, he said.

As a result, volunteers are barred from being on an inmate's visitor list and may not correspond with an offender. They are also prohibited from accepting telephone calls from inmates or allowing a released offender to live in their homes. But the Washington State regulations, Dunleavy pointed out, expressly permit volunteers to engage in these activities.

These restrictions (which apply to correctional officers in Washington and virtually every state) are necessary "for the protection of the volunteer, the inmate and the facility," Dunleavy told the Investigative Project on Terrorism.

"Inmates are always looking for a way around the rules," he added. If an inmate is able to say, "Take a letter for me; make a phone call for me" and a sympathetic volunteer complies, "that raises significant security problems." A volunteer could easily find himself or herself "bringing a package to an inmate not knowing if there are drugs, guns or other contraband in there."

The FBI has cut off communication and cooperation with CAIR that doesn't involve a criminal investigation amid mounting concern about the organization's roots in a Hamas terror-support network. The decision to end contacts with CAIR was quietly made during the summer of 2008 as federal prosecutors prepared to retry the Holy Land Foundation for Relief and Development, an Islamic charity whose senior officials were convicted of providing money to Hamas and sentenced to long prison terms.

CAIR and its recently retired chairman emeritus, Omar Ahmad, were named unindicted co-conspirators in the HLF case. Both Ahmad and CAIR's current executive director, Nihad Awad, were revealed as having been active participants in Hamas-related meetings in the United States. But Washington State prison officials have given no indication thus far that CAIR's questionable record will disqualify it from sending volunteers into state prisons.

It's not clear what background checks Washington officials will run on the prospective volunteers. Former New York Police Department Deputy Chief John Cutter said that Washington State's regulations allow "applicants with a past felony or gross misdemeanor conviction" to participate in the prison volunteer program and allow former convicts to participate so long as they had been out of prison for a year.

"So they are saying that if you killed someone or committed another violent crime two years ago" you are eligible to participate, said Cutter, who worked closely with New York corrections officials in their efforts to stop Islamist radicalization. A better approach would be to say "if you have any history of violence, you cannot participate in the volunteer program."

Dunleavy noted that in 2004, the Justice Department's Inspector General issued a report urging the U.S. Bureau of Prisons (BOP) to take steps to bolster its defenses against Islamist radicalism. The report recommended that the BOP take steps to examine "religious volunteers' doctrinal beliefs to screen out anyone who poses a threat to security" and ensure that volunteers do not endorse violence "or support terrorism or other anti-U.S. activities." New York and many other states responded by strengthening their rules to bar religious extremists from prison volunteer programs. The Washington State regulations, by contrast, appear to "negate" efforts to keep radicals out, he said.

Cutter, who formerly ran NYPD's criminal intelligence section, believes DOC officials misunderstand the main danger posed by Islamist radicals volunteering in prisons: that they will use their access to radicalize inmates.

To some extent prison officials welcome the presence of radical Islamist organizations because "they keep a great deal of control of their people" when they're behind bars, he said. Muslim radicals usually don't want violence in prisons because "they understand the larger picture. This is a place to build something." The violent Islamist, Cutter said, "has a longer-term goal - recruiting a new generation of radicals."

What madness is this?

"We're not going to check whether somebody is a member of an Islamist group,"

This is political madness that will get people killed. Only someone willfully ignorant or completely naive would place any faith in a CAIR - related program; CAIR is here to destroy our country from within. We must stop them using our prison system as a recruiting depot and boot camp for radicalizing prisoners or we will suffer the consequences.

The Washington State DOC needes new leadership, now; leadership that will stop any CAIR-related person from entering any of its facilities for any reason other than intake for processing.

Great Article Exposing Yet Another form of Infiltration

This report by IPT is an excellent example of how Islamic entities continue to infiltrate all level of society. Forgot about who's a moderate and who's a radical - it doesn't matter. Islamic entities use both terrorism and political, social, and economic means to advance Islam - and taking into prisons is just another form of indoctrination.

The US Citizen needs to read and begin to understand how legal means can turn a country upside down with disastrous results, one such book that should be read is that of Rabinovich, Itamar. The Lebanon War 1970-1985. New York: Cornell University Press. 1985.

It describes the conditions that existed before and the lead up to the Lebanon War - it could happen in various forms here in the U.S. and only through education and public awareness can we stop Islamic advancement from occurring, something that would change the US forever.