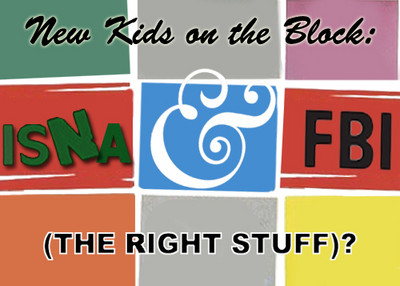 A top FBI official met Wednesday with the vice president of the Islamic Society of North America, a move which followed the Bureau's decision "to use ISNA as their official point of contact with the American Muslim community," an email from an intelligence community veteran that was widely distributed Wednesday said.

The Investigative Project on Terrorism (IPT) has previously reported on the depth of ISNA's Muslim Brotherhood ties.

The FBI has not yet commented on the claim. But the IPT has confirmed that the meeting did take place at FBI headquarters. The decision to make ISNA the FBI's contact point came over the objections of case agents and supervisors investigating Muslim Brotherhood activity in the U.S.

Last year, the FBI cut off outreach communication with the Council on American-Islamic Relations (CAIR), after evidence in the Hamas-support trial against the Holy Land Foundation for Relief and Development (HLF) raised questions "whether there continues to be a connection between CAIR or its executives and HAMAS." The FBI's case agent testified that CAIR was a Hamas front.

The evidence involving ISNA, however, was not as deep as it was with CAIR. In CAIR's case, its founders are included on a telephone list for members of a secret Hamas support network in the U.S. created by the Muslim Brotherhood. And they participated in a 1993 meeting of Hamas members and supporters called to discuss ways to thwart U.S.-led peace efforts between Israel and the Palestinians.

In that weekend-long meeting, CAIR co-founder Omar Ahmad discussed ways to mislead Americans about their goals and ideology. Executive Director Nihad Awad discussed media strategies to help the cause.

In the evidence admitted by the court, ISNA officials were not named among members of the Hamas support network, called the Palestine Committee. But FBI investigative records show it held a significant role in the Brotherhood's U.S. activities. According to an FBI memorandum from the 1980s obtained via the Freedom of Information Act, past "ISNA conferences provided opportunities for the extreme fundamentalist Muslims to meet with their supporters ... The annual conferences are used for both religious and political purposes. The political purpose is to further the Islamic Revolution, which includes providing anti-U.S. and Israel publications and publications that support the war effort of Iran in the Iran-Iraq war."

The Brotherhood is an 80-year-old Egyptian movement which seeks to spread the rule of Shariah, or Islamic law, throughout the world. But some top FBI officials are not convinced the Brotherhood is a problem, a law enforcement source said Thursday. This, despite the fact that FBI investigation has uncovered documents showing the U.S. Brotherhood's goal is "a kind of grand Jihad in eliminating and destroying the Western civilization from within and "sabotaging" its miserable house by their hands and the hands of the believers so that it is eliminated and God's religion is made victorious over all other religions."

The problem, the source said, is too many FBI officials have developed friendly individual relationships with the leadership of groups like ISNA. "As an FBI agent, we use facts and evidence and truth to base our decisions and not because we went to dinner with someone."

ISNA's roots in the Brotherhood are clearly established. Internal Muslim Brotherhood records in evidence the HLF trial show ISNA was created by Muslim Brotherhood members in the U.S. who had been leaders of the Muslim Students Association. In addition, the Chicago Tribune and federal prosecutors in Dallas have documented the link.

"Numerous exhibits were entered into evidence establishing both ISNA's and NAIT's [the North American Islamic Trust, an ISNA subsidiary] intimate relationship with the Muslim Brotherhood, the Palestine Committee, and the defendants in this case," prosecutors wrote in July 2008.

Sami Al-Arian, an admitted Palestinian Islamic Jihad supporter, acknowledged in an affidavit that he was directly involved with the Brotherhood in 1981, the year he claims to have been among ISNA's founders.

ISNA has never come clean on its Brotherhood connection. In a statement issued in the fall of 2007, it ignored the documents in evidence and claimed it "never was, and is not now, affiliated with or influenced by any international organizations including the Muslim Brotherhood."

In its service, ISNA rallied to the defense of Hamas political leader Mousa Abu Marzook following his arrest by U.S. authorities pending an Israeli warrant. After he was deported to Jordan, Marzook included ISNA among those he thanked for supporting him through his "ordeal." Marzook wrote that ISNA's efforts had "consoled" him.

Meanwhile, ISNA's annual convention is scheduled to begin July 2 in Washington, D.C. This year's conference could have the largest representation of government agencies in the group's history. The FBI and the departments of Justice, State and Homeland Security all are sponsoring information booths and may have speakers in formal programs.

The depth of this outreach, especially the FBI's decision to make ISNA its contact to American Muslims, raises a host of troubling questions. ISNA's denials of its Brotherhood roots ring hollow in the face of the public record.

In light of these documented connections to the Muslim Brotherhood and recent controversial statements, the FBI should explain publicly why it is embracing ISNA.

Note: The IPT is pursuing additional stories with historical and recent examples of ISNA's support for radical positions.

The International Assessment and Strategy Center has two great documents that highlights ISNA and CAIR's ties to extremism: http://www.strategycenter.net/research/pubID.176/pub_detail.asp.

I would agree with Jerry O'Neal and say that the FBI's dialogue with ISNA must be coming from the Administration. There are many open source reports stating the FBI's interest in ISNA and other MB affiliated organizations. I find it hard to believe that the FBI leadership is not aware ISNA's affiliations and therefore are likely being forced to talk due to orders from the Whtie House.

It's a small world after all!

Perhaps Justice is smart enough to have made ISNA a "gate-keeper" for the movement and after extending ISNA an authority, NSA can easily follow all the dots and truly keep Justice informed.

About ISNA, IPT is spot on

The FBI is failing to connect the dots AGAIN. The HLF investigation as well as the prematurely closed Chicago investigation into "Islamic charities", filled volumes in FBI files with info that connected ISNA to terrorists and terrorist support groups for the past 30 years. It's all there. The FBI just has to look at it; know what they know and stop guessing.

ISNA's religious orientation is based on the Dawa Salafiyya. Not sure much more needs to be said.

IPT, please push hard on this one.

The depth of this outreach

Sir; I believe the depth of this outreach actually goes very high, how do you say ( Obama )

It appears that we are headed in Islamic direction rather fast. Thank you Jerry O'Neal