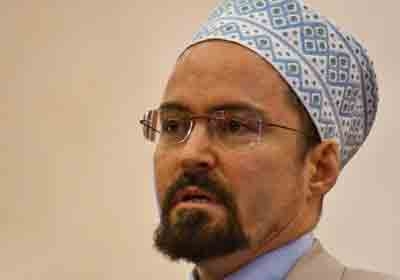 Hamza Yusuf is a California imam hoping to make Zaytuna College the first accredited Muslim college in the United States. He also is a popular speaker among Islamic social and political organizations.

At times, he seems to display refreshing candor – immediately acknowledging and accepting that radical Islamists were responsible for the 9/11 attacks and openly recanting a past statement that Judaism as a religion is inherently racist. But he still sees America as "a society that relishes war" and sees the bombing of German cities during World War II as war crimes.