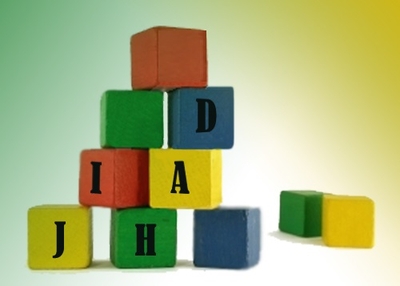 Authorities in Denmark and Germany arrested 14 suspected Islamists earlier this month for plotting a terrorist attack, likely in Europe. The suspects, who include three Syrian brothers, are accused of acquiring firearms and several kilograms of chemicals used for manufacturing explosives, Denmark's security and intelligence service said Friday. An Islamic State (ISIS) flag was also discovered in subsequent police searches.

Like many parts of the world, European governments face numerous types of terrorist actors across the ideological spectrum. However, extremist Islamist activity continues to be Europe's top terrorist threat.

Jihadist terrorism has "been much more lethal than other types of terrorism, accounting for nearly all recent fatalities and casualties," finds a Feb. 10 U.S. Congressional Research Service report which examines Europol data on terrorist activity from 2014-2019.

The CRS report also shows that most arrests related to terrorist activity are tied to jihadist actors. In 2019, for example, 436 out of 1,004 terrorism-related arrests were linked to Islamist extremists. Security authorities across Europe devote considerable resources to combatting Islamist terrorist threats. In the process, violent plots are often foiled or disrupted.

Germany, for example, has foiled 17 jihadist terrorist attacks since 2009. One plot involved a couple that procured enough ricin for a biological attack that could have killed thousands of people. Last year, police conducted raids across the country arresting multiple alleged Islamists suspected of planning major terrorist attacks.

It is unclear what extent ISIS played in planning the latest foiled attack. The organization is known to use the internet to connect with sympathisers and operatives to either inspire or formally direct international terrorist attacks.

During ISIS's rise in 2014-15, Europe experienced several high-casualty attacks that were directly coordinated or inspired by ISIS. It has been in a far weaker position to plan and execute high-profile attacks since losing its core territorial control in Syria and Iraq. However, extremist Islamist organizations, like ISIS, continue to maintain influence in Europe and inspire others to carry out attacks.

On Thursday, German prosecutors charged a Syrian national for the October stabbing of two men in Dresden. The 20-year-old asylum seeker allegedly was motivated by extremist Islamist ideology and specifically targeted the pair because they were homosexual. The assailant carried out the attack days after being released from juvenile detention, after serving three years for allegedly planning a suicide bombing. The stabbing attack also happened the same month that France experienced a particularly gruesome series of terrorist attacks, including the beheading of a teacher by a refugee of Chechen descent.

These attacks attracted significant headlines given their shocking nature.

Like other foiled terrorist attempts, however, the recent plot disrupted by Danish and German authorities will receive far less attention. Policymakers and terrorism researchers tend to make threat assessments based on actual attacks, which skews our understanding of terrorist threats. As we have noted before, exploring major attacks that could have transpired – but were foiled by security authorities – provides a more accurate understanding of the overall threat environment.

For example, in 2018, jihadist terrorist attacks declined considerably in Europe following significant spikes in attacks the previous two years. Based on this trend, some observers started to view the Islamic State as a declining threat in Europe. But by including foiled plots, jihadist terrorism, which is transnational in nature, emerges as a far greater threat to the continent.

The latest CRS report supports findings from another recent study showing that Islamist extremism remains the most threatening form of terrorism in the West. The 2020 Global Terrorism Index (GTI) report finds that Islamist terrorism is considerably more lethal on average than other ideological-motivated forms of violence, including left-wing and right-wing terrorism.

The GTI report also shows that 90 percent of Islamist attacks in the West since 1970 involve assailants who are affiliated or part of a formal terrorist organization. This finding poses key implications for assessing lethality. Attacks tied to terrorist organizations tend to be deadlier than attacks perpetrated by unaffiliated individuals or cells.

While religious groups are unlikely to achieve their ultimate objectives, like toppling governments or establishing a global caliphate, research shows that Islamist organizations are behind far more terrorist attacks and casualties worldwide than other types of armed groups.

New developments and data on terrorist activity in Europe further reinforce this trend.